Ben Eine, who first painted the first Village Underground wall nearly a decade ago has returned to Holywell Lane. This time taking a line from Ben Okri’s Grenfell Tower poem.

Watch the full interview by Off-Centre Productions then read Ben’s poem in full below and watch him perform the poem by the wall at the end of this page.. 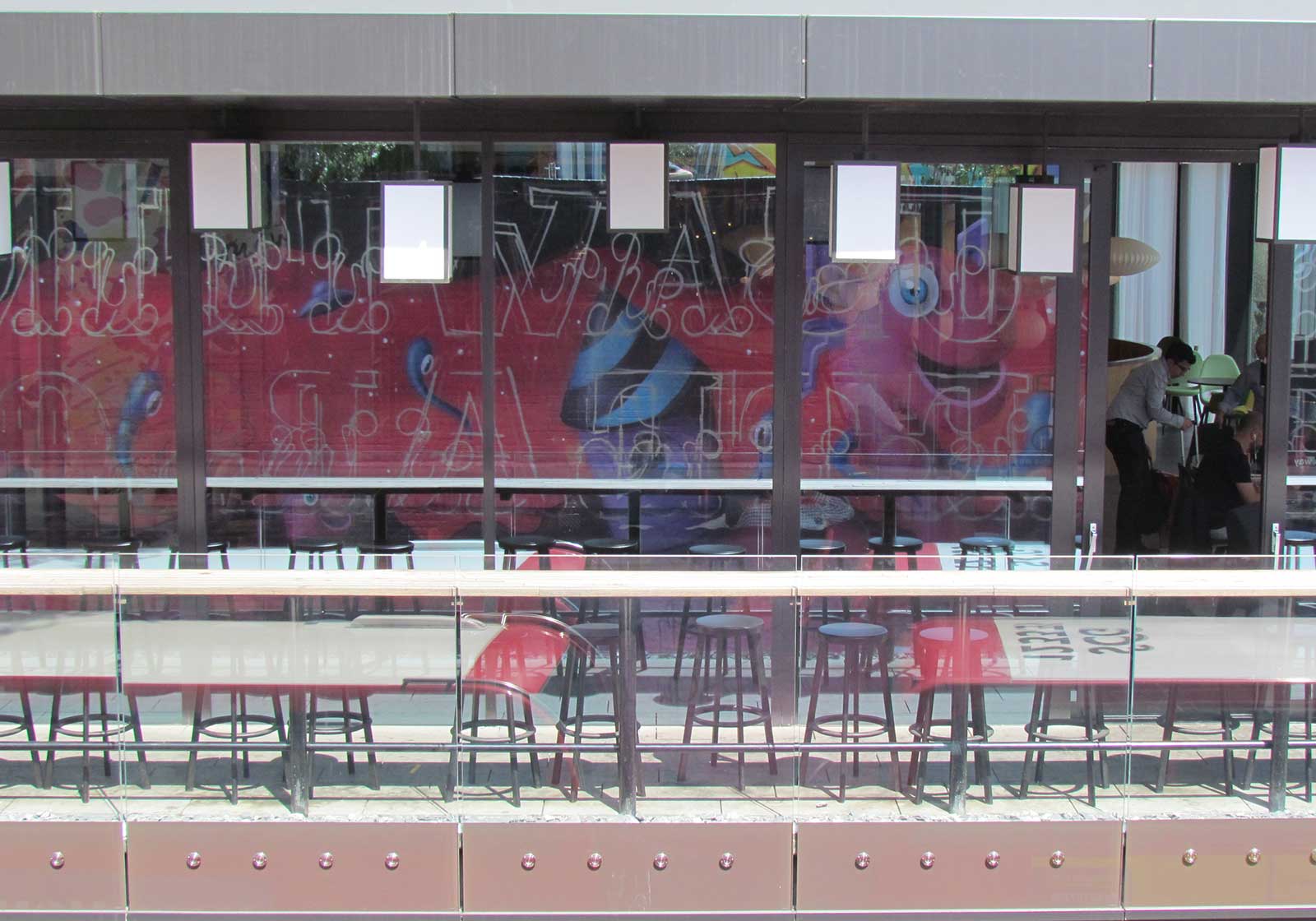 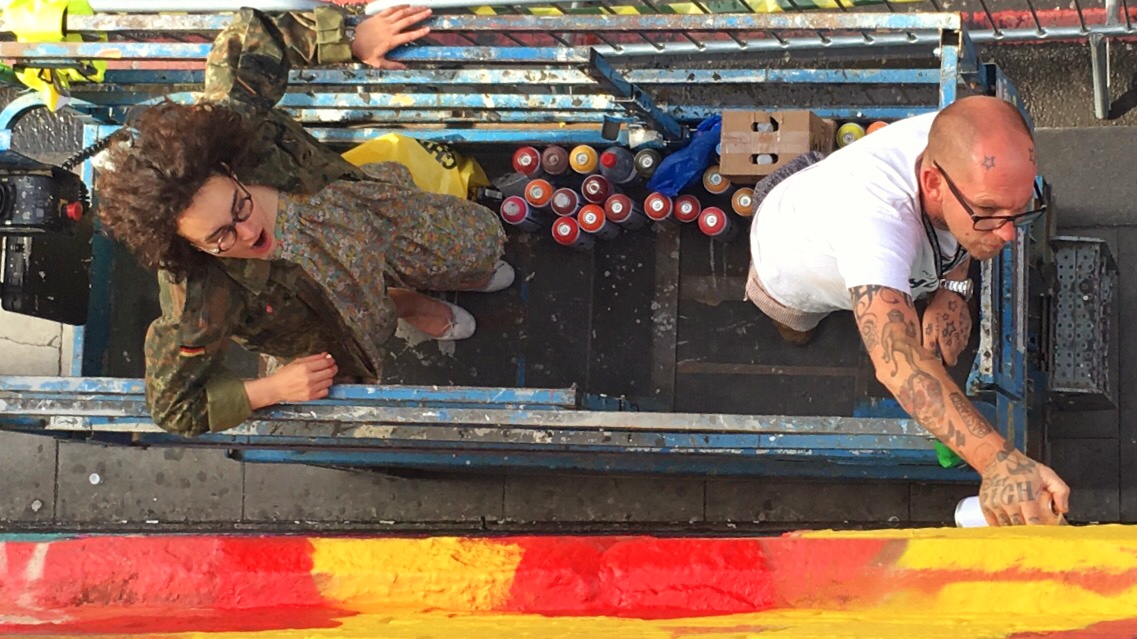 Those who were living now are dead
Those who were breathing are from the living earth fled.
If you want to see how the poor die, come see Grenfell Tower.
See the tower, and let a world-changing dream flower. 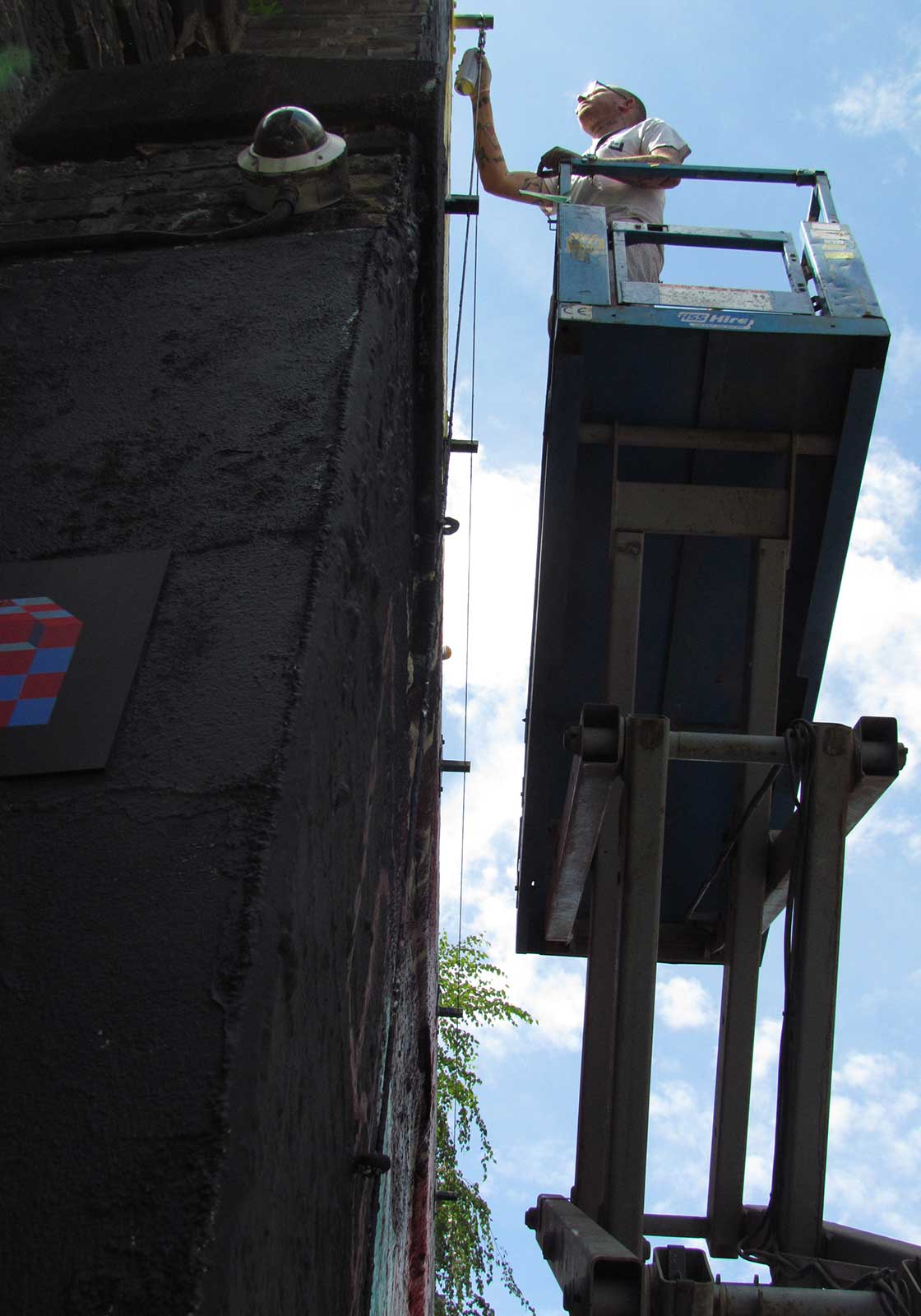 Residents of the area call it the crematorium.
It has revealed the undercurrents of our age.
The poor who thought voting for the rich would save them.
The poor who believed all that the papers said.
The poor who listened with their fears.
The poor who live in their rooms and dream for their kids.
The poor are you and I, you in your garden of flowers,
In your house of books, who gaze from afar
At a destiny that draws near with another name.
Sometimes it takes an image to wake up a nation
From its secret shame. And here it is every name
Of someone burnt to death, on the stairs or in their room,
Who had no idea what they died for, or how they were betrayed.
They did not die when they died; their deaths happened long
Before. It happened in the minds of people who never saw
Them. It happened in the profit margins. It happened
In the laws. They died because money could be saved and made. 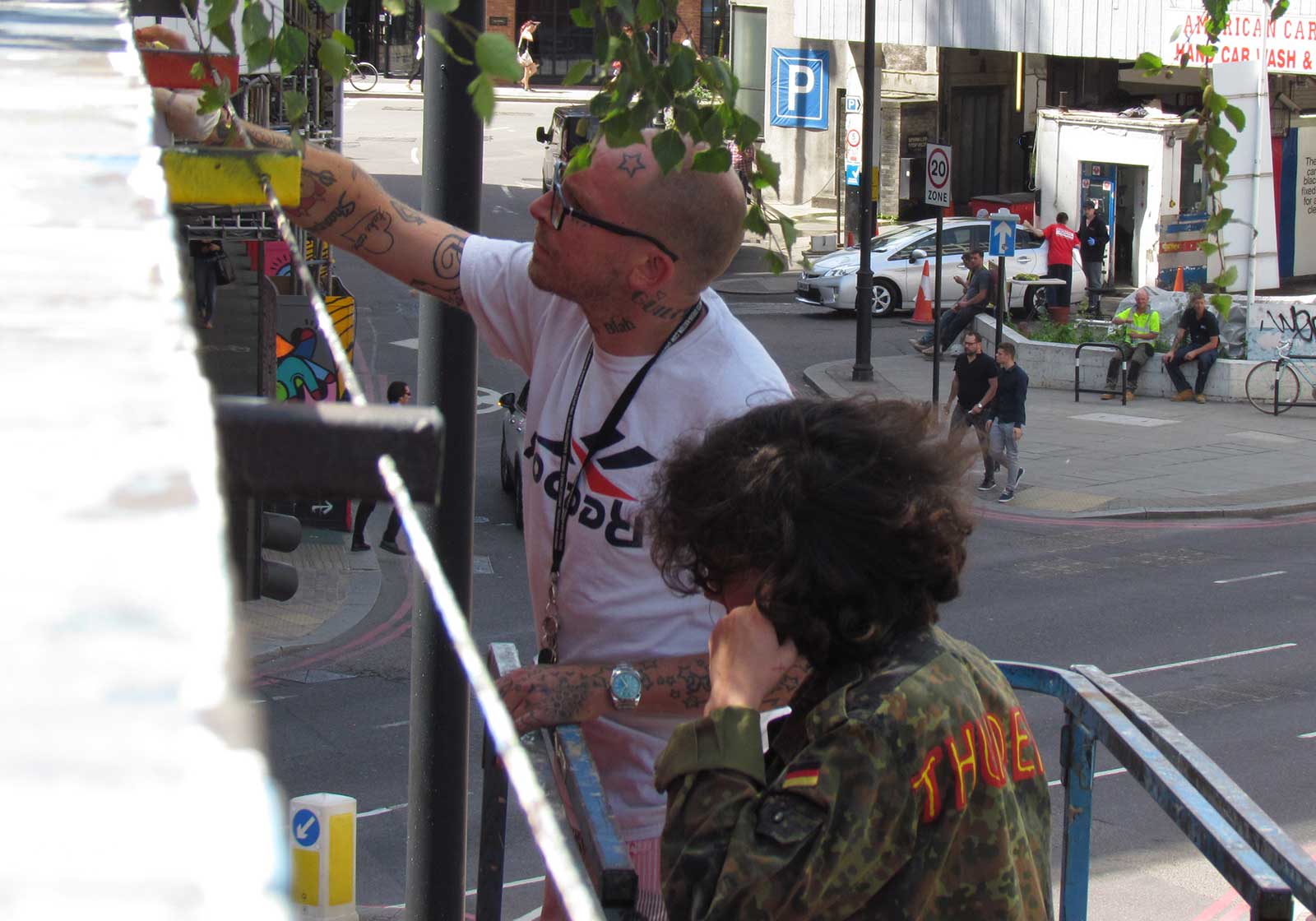 Those who are living now are dead
Those who were breathing are from the living earth fled.
If you want to see how the poor die, come see Grenfell Tower
See the tower, and let a world-changing dream flower.

They called the tower ugly; they named it an eyesore.
All around the beautiful people in their beautiful houses
Didn’t want the ugly tower to ruin their house prices.
Ten million was spent to encase the tower in cladding.
Had it ever been tested before except on this eyesore,
Had it ever been tested for fire, been tried in a blaze?
But it made the tower look pretty, yes it made the tower look pretty.
But in twenty four storeys, not a single sprinkler.
In twenty four storeys not a single alarm that worked.
In twenty four storeys not a single fire escape,
Only a single stairwell designed in hell, waiting
For an inferno. That’s the story of our times.
Make it pretty on the outside, but a death trap
On the inside. Make the hollow sound nice, make
The empty look nice. That’s all they will see,
How it looks, how it sounds, not how it really is, unseen.
But if you really look you can see it, if you really listen
You can hear it. You’ve got to look beneath the cladding.
There’s cladding everywhere. Political cladding,
Economic cladding, intellectual cladding — things that look good
But have no centre, have no heart, only moral padding.
They say the words but the words are hollow.
They make the gestures and the gestures are shallow.
Their bodies come to the burnt tower but their souls don’t follow. 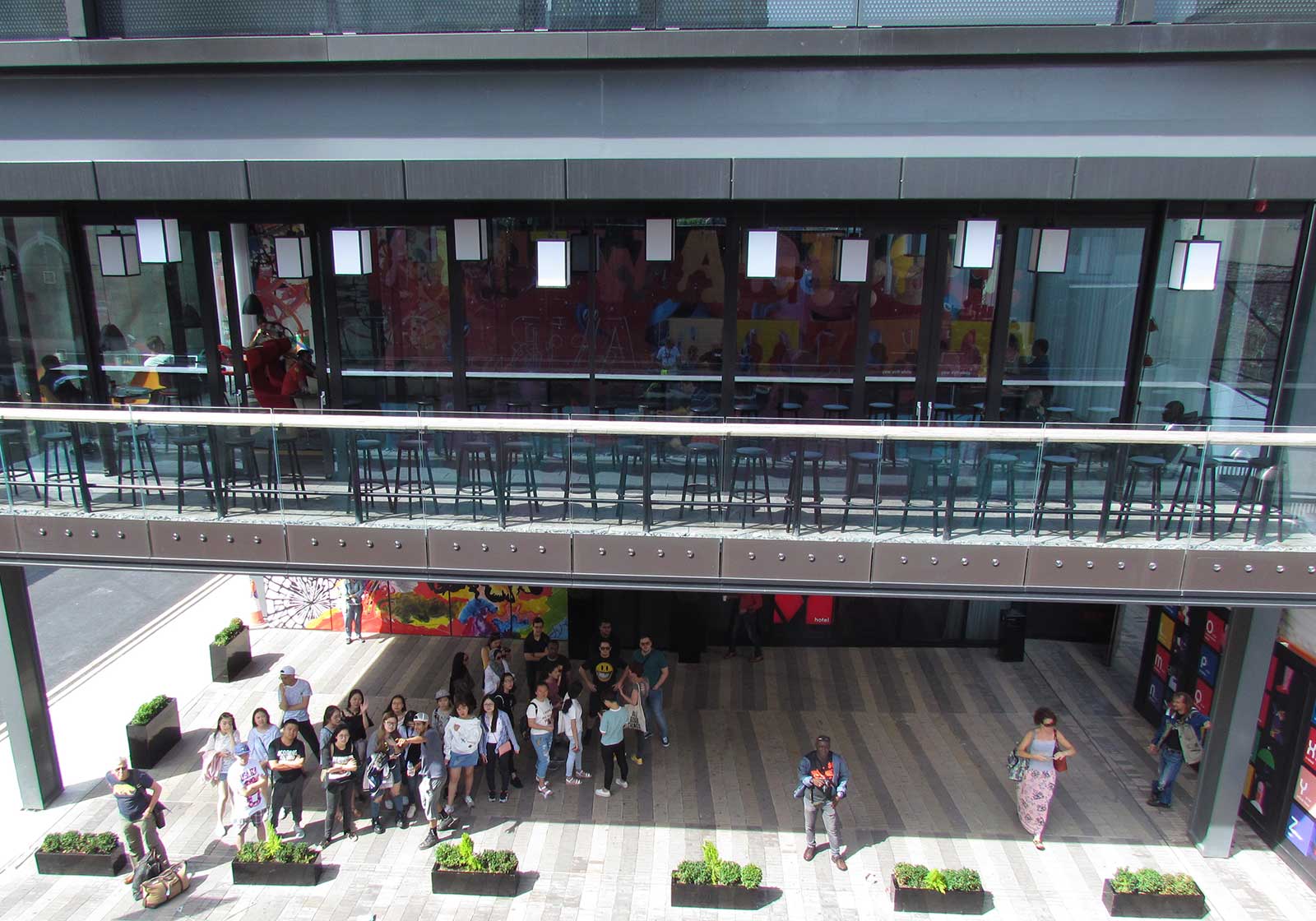 Those who were living are now dead
Those who were breathing are from the living earth fled.
If you want to see how the poor die, come see Grenfell Tower
See the tower, and let a world-changing deed flower. 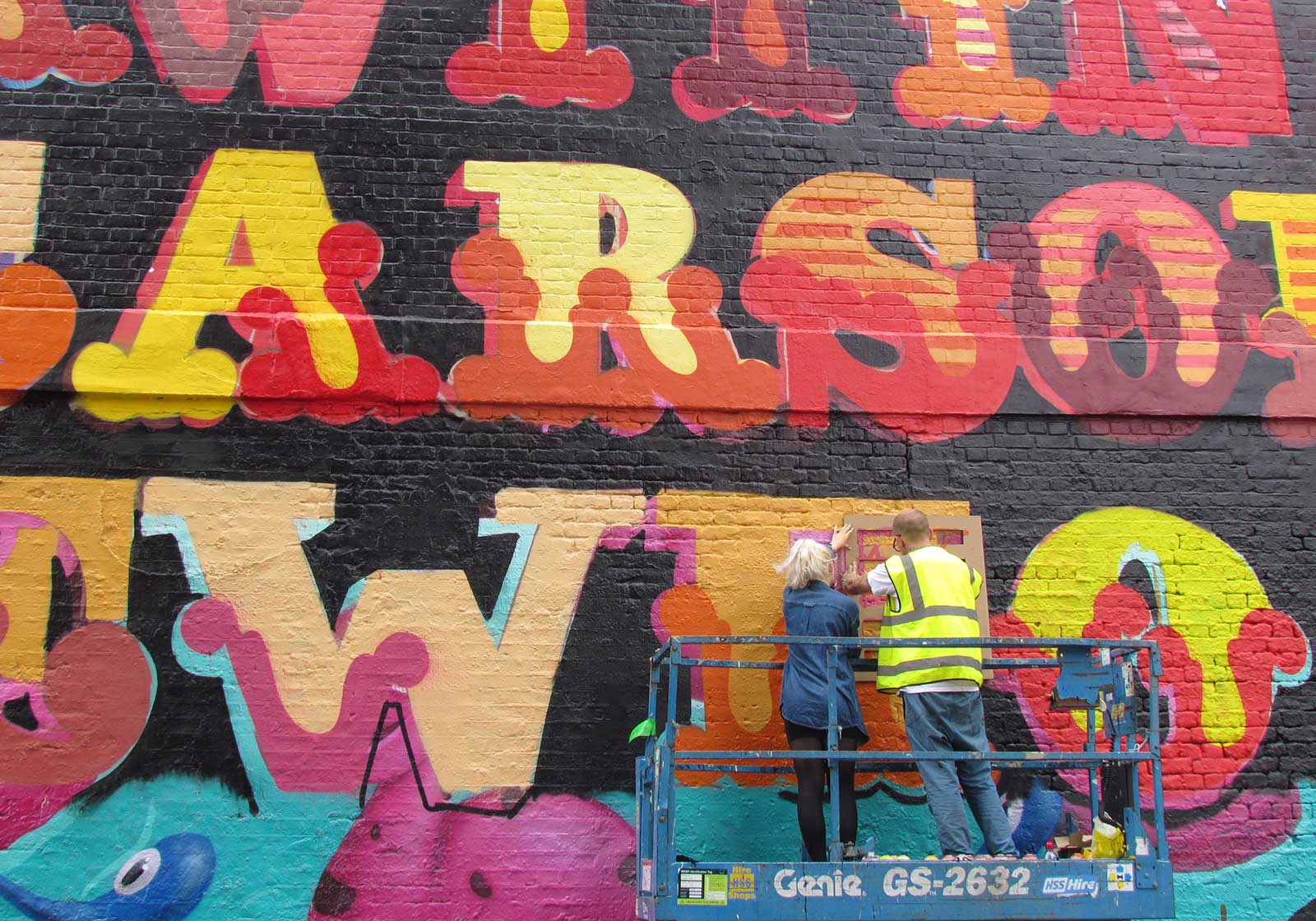 The voices here must speak for the dead.
Speak for the dead. Speak for the dead.
See their pictures line the walls. Poverty is its own
Colour, its own race. They were Muslim and Christian,
Black and white and colours in between. They were young
And old and beautiful and middle aged. There were girls
In their best dresses with hearts open to the future.
There was an old man with his grandchildren;
There was Amaya Tuccu, three years old,
Burnt to ashes before she could see the lies of the world.
There are names who were living beings who dreamt
Of fame or contentment or education or love
Who are now ashes in a burnt out shell of cynicism.
There were two Italians, lovely and young,
Who in the inferno were on their mobile phone to friends
While the smoke of profits suffocated their voices.
There was the baby thrown from many storeys high
By a mother who knew otherwise he would die.
There were those who jumped from their windows
And those who died because they were told to stay
In their burning rooms. There was the little girl on fire
Seen diving out from the twentieth floor. Need I say more.

Those who are living are now dead
Those who were breathing are from the living earth fled.
If you want to see how the poor die, come see Grenfell Tower.
See the tower, and let a world-changing deed flower. 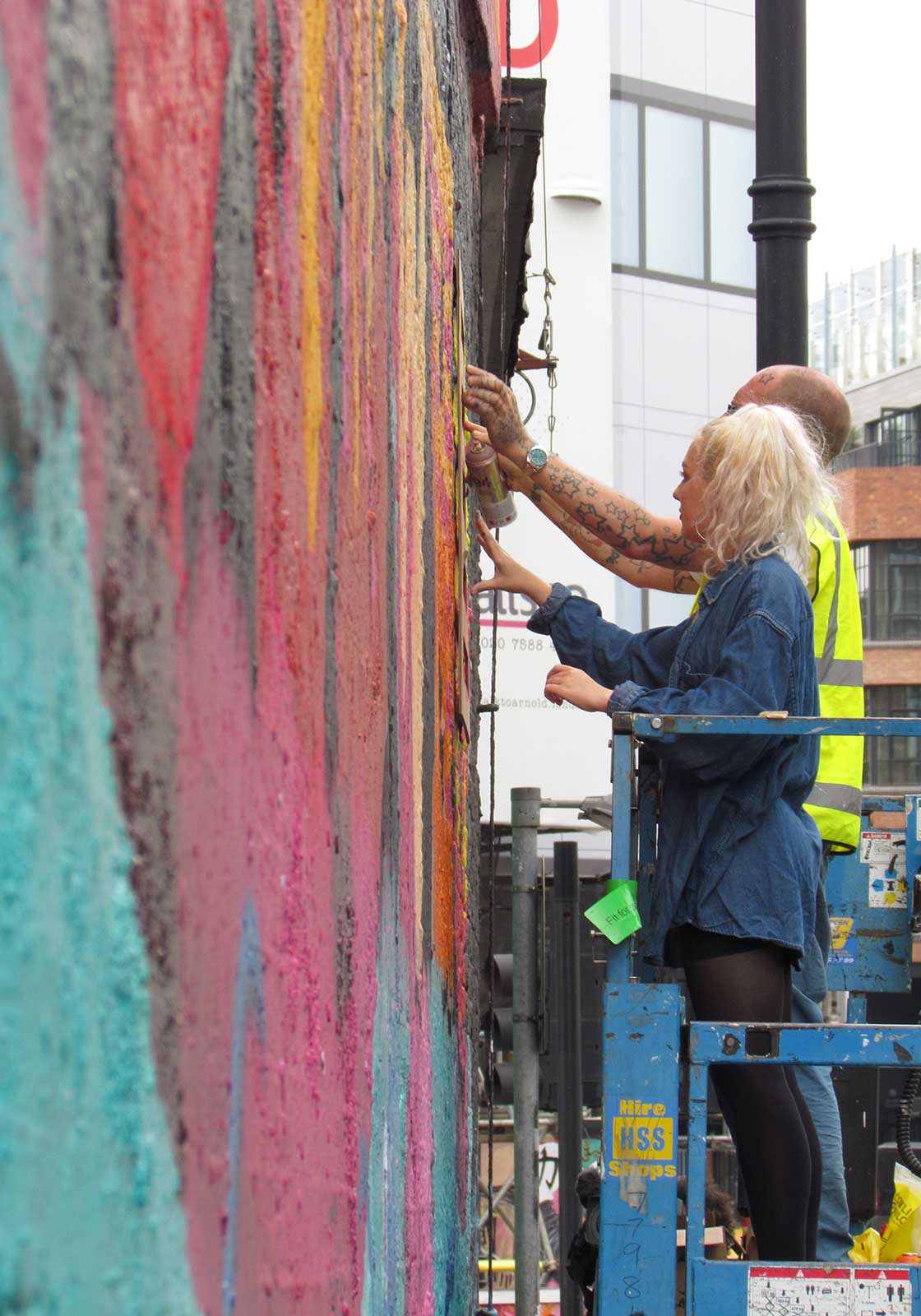 Always there’s that discrepancy
Between what happens and what we are told.
The official figures were stuck at thirty.
Truth in the world is rarer than gold.
Bodies brought out in the dark
Bodies still in the dark.
Dark the smoke and dark the head.
Those who were living are now dead.

And while the tower flamed they were tripping
Over bodies at the stairs
Because it was pitch black.
And those that survived
Sleep like refugees on the floor
Of a sports centre.
And like creatures scared of the dark,
A figure from on high flits by,
Speaking to the police and brave firefighters,
But avoiding the victims,
Whose hearts must be brimming with dread.
Those who were breathing are from the living earth fled. 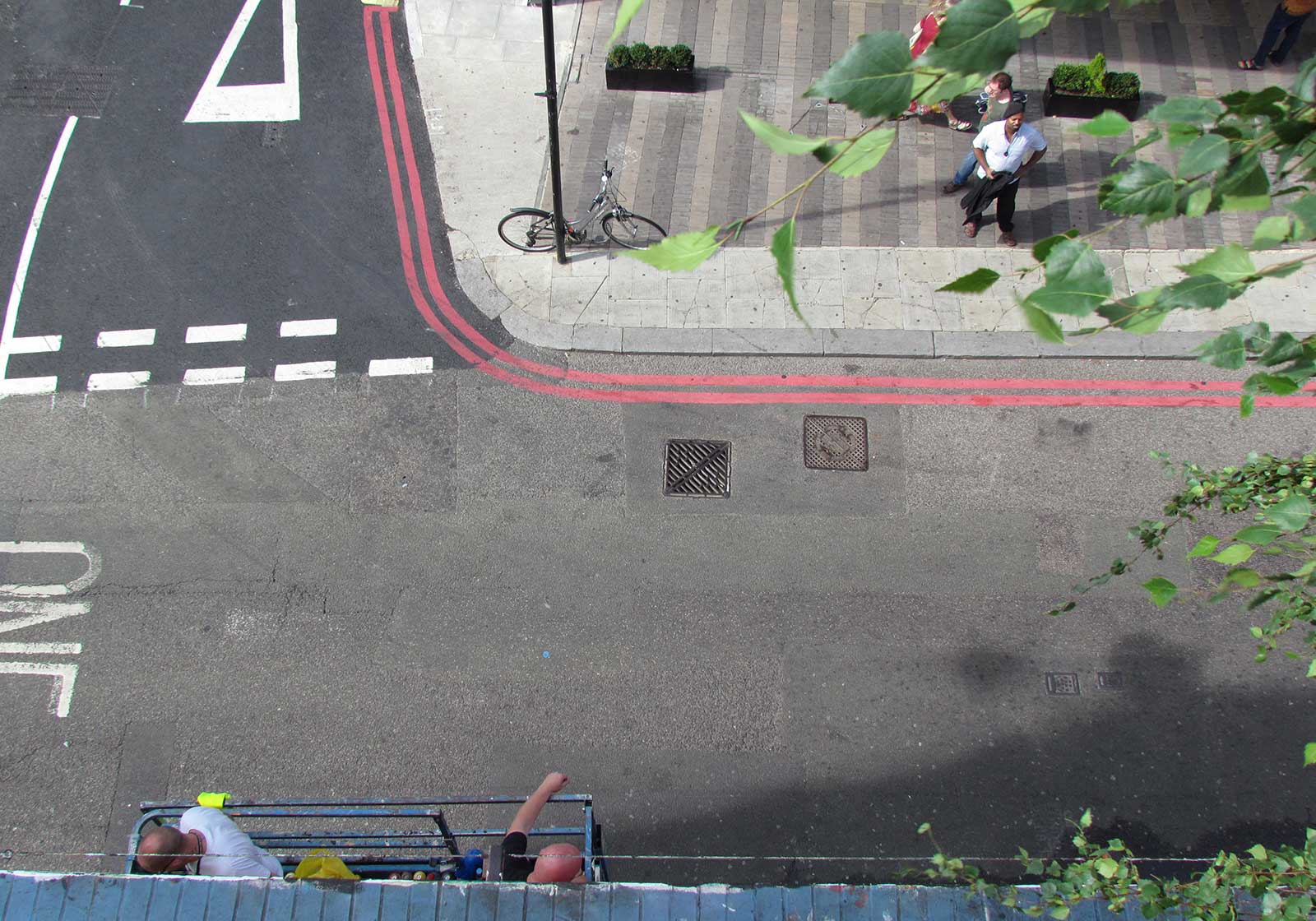 But if you go to Grenfell Tower, if you can pull
Yourselves from your tennis games and your perfect dinners
If you go there while the black skeleton of that living tower
Still stands unreal in the air, a warning for similar towers to fear,
You will breathe the air thick with grief
With women spontaneously weeping
And children wandering around stunned
And men secretly wiping a tear from the eye
And people unbelieving staring at this sinister form in the sky
You will see the trees with their leaves green and clean
And will inhale the incense meant
To cleanse the air of unhappiness
You will see banks of flowers
And white paper walls sobbing with words
And candles burning for the blessing of the dead
You will see the true meaning of community
Food shared and stories told and volunteers everywhere
You will breathe the air of incinerators
Mixed with the essence of flower.
If you want to see how the poor die, come see Grenfell Tower. 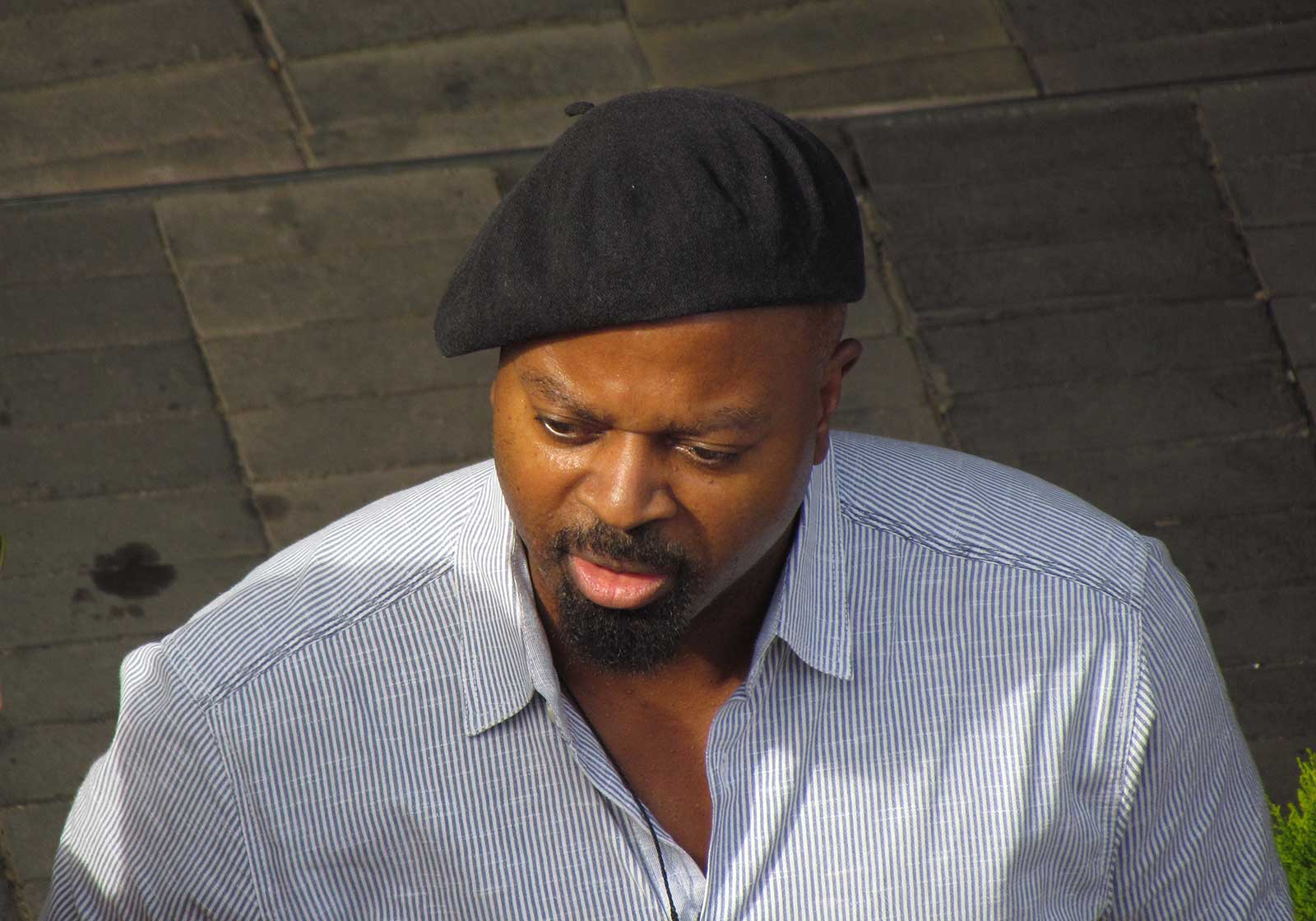 Make sense of these figures if you will
For the spirit lives where truth cannot kill.
Ten million spent on the falsely clad
In a fire where hundreds lost all they had.
Five million offered in relief
Ought to make a nation alter its belief.
An image gives life and an image kills.
The heart reveals itself beyond political skills.
In this age of austerity
The poor die for others’ prosperity.
Nurseries and libraries fade from the land.
A strange time is shaping on the strand.
A sword of fate hangs over the deafness of power.
See the tower, and let a new world-changing thought flower. 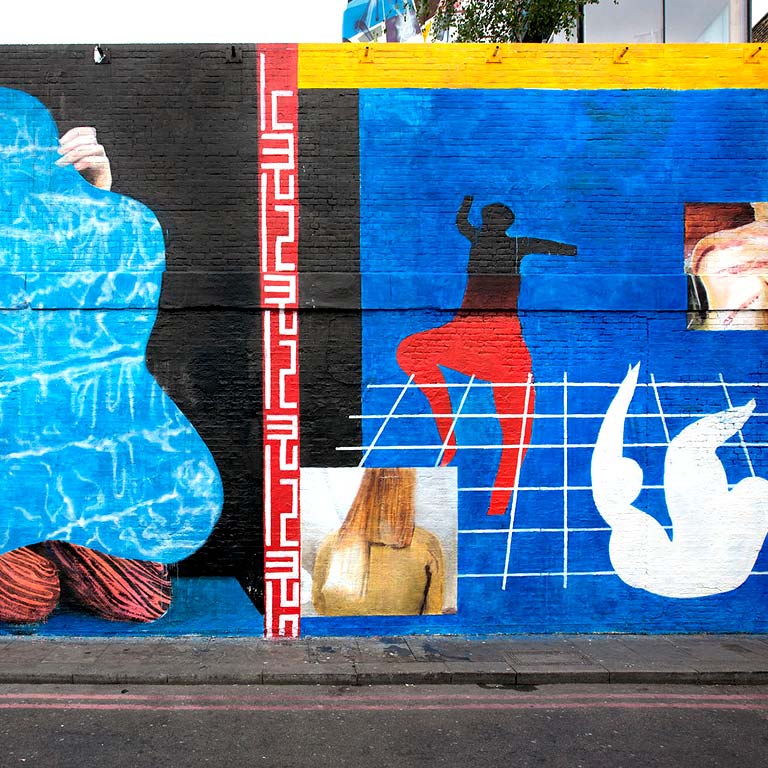