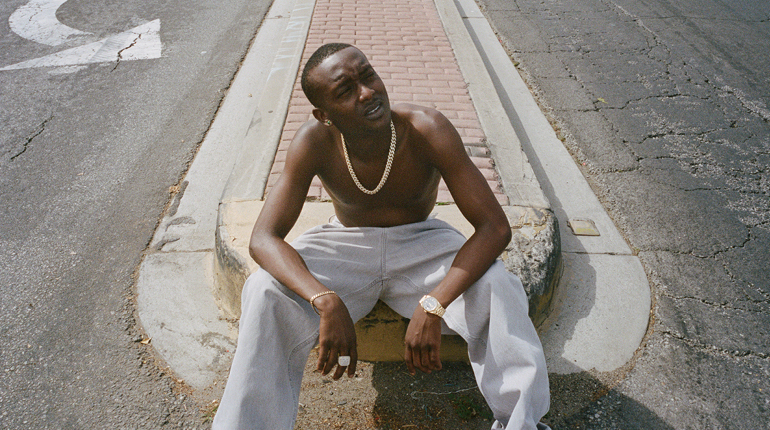 Compton Rapper Buddy is set to take the stage on Sun 30 Oct at Village Underground.

Born and raised in Compton, California, Buddy seemed destined for greatness at an early age. He was just 15 years old when he had his first brush with stardom, signing to Pharrell’s Star Trak imprint and releasing his first viral single, ‘Awesome Awesome.’ A few short years later, he had delivered on that promise with the soulful, autobiographical RCA Records debut, Harlan & Alondra, in 2018. A stark departure from the G-funk sounds listeners might have expected given Buddy’s origins, Harlan & Alondra was instead an eclectic collection of sun-soaked styles influenced by Buddy’s experiences. After years playing within LA’s flourishing underground scene, he’d developed relationships with prominent musicians, adding his own church-honed flair and developing his own unique style.

After detours through J. Cole’s vaunted Revenge of the Dreamers III recording sessions and releasing the Jank Tape, Vol. 1 mixtape alongside Los Angeles native Kent Jamz, Buddy builds even more on his debut’s sonic experimentation with its follow-up, Superghetto. Again, Buddy utilizes his unusual blend of experiences, tapping into moods as diverse and expansive as the L.A. area itself. On album opener “Hoochie Mamas,” he delves into the party-rap ratchet-style that has been the backbone of the city’s underground scene for years for comic tales of racy mischief.

Then, he turns on a dime to relay recollections of life at the bottom of America’s totem pole on the moody title track, laying bare the lows he’s survived as readily as he celebrates the highs on “Black 2,” the spiritual successor to his pride anthem, “Black.” “I was talking about different Black things that we just self proclaim,” he says of his decision to revisit the track, “And just that Black pride that we have, I was putting all that on the mic. The second one is a cool vibe record, but it still has that prolific message about just Black pride and just being Black.”

He truly breaks out of the box with “HSC,” taking on the loose-limbed energy of an indie garage band while putting his own sly twist on the formula. He continues that upbeat, pop-rock vibe on “Bad News,” spinning a “gangster” narrative over a backing beat that wouldn’t be out of place on a Beach Boys compilation. Taken, together, these tracks highlight his philosophy for this album — and really, for his life.