Cimafunk, one of the most exciting new faces in Cuba’s music scene is heading to Village Underground on 28 July 2022. His electric live shows have been inexplorable conquering a multitude of audiences from Havana to New Orleans and now it’s London’s turn.

This event was originally planned for 23 July 2020 – tickets remain valid.

Cimafunk is a cimarrón, a free being defying classification, a pilgrim in search of new musical miscegenation. He believes in nothing but the power of the Groove and the cathartic communion of dancing bodies. A renaissance man, conscious of his roots and musical ancestry, Cimafunk’s music looks firmly into the future. Singer, composer and producer, Cimafunk offers a subtle and bold mix of funk with Cuban music and African rhythms, a life-affirming sound, a UFO in the island’s music scene.

Erik Iglesias (a.k.a. Cimafunk) comes from the suburbs of Pinar del Rio, a small town 160km west of Havana. As a child, he use to sing in Baptist church choirs, as a teenager he tried reggeaton, then trova (ballads). He quit med school in third year to dedicate himself to music and went to try his luck in Havana. In 2014, he joined Interactivo (Timba-Jazz), an eclectic collective of artists under the guidance of pianist Roberto Carcassés. Meanwhile, he kept experimenting with several groups and played funk covers in nightclubs and cruise ships before going solo in 2017. Cimafunk became a national star in Cuba in 2018 and then set out to conquer the world.

‘Cimafunk is a perfect mash up of Cuban music and James Brown with a big dose of Parliament Funkadelic.’ – NPR

16+ Each under 18 must be accompanied by a responsible adult (1:1 ratio). In order to verify your age, ID may be requested. For this reason, we advise that all customers bring valid ID. For further information see Age and ID in FAQ’s
Right of admission reserved.
19:30 – 23:00 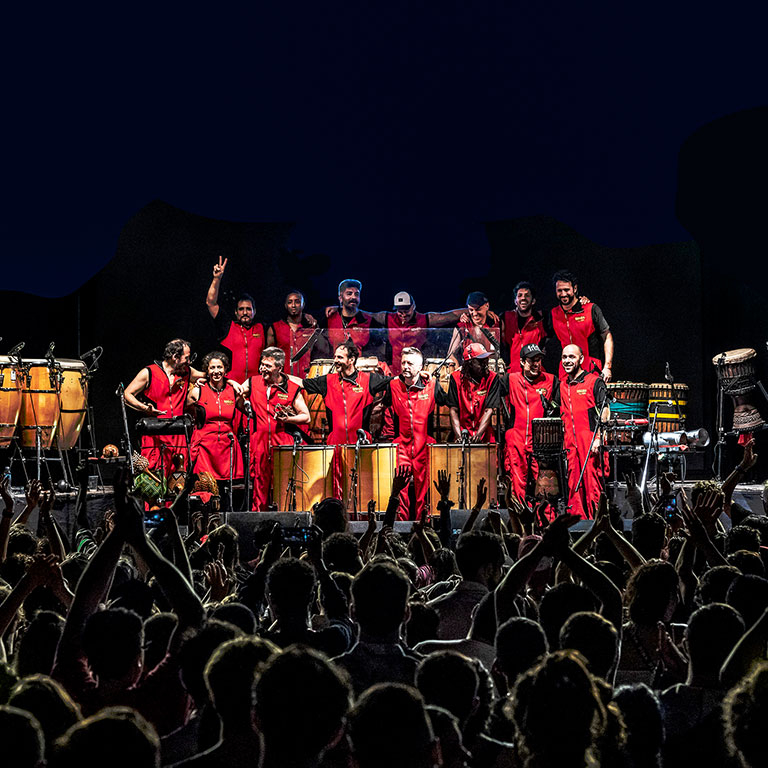