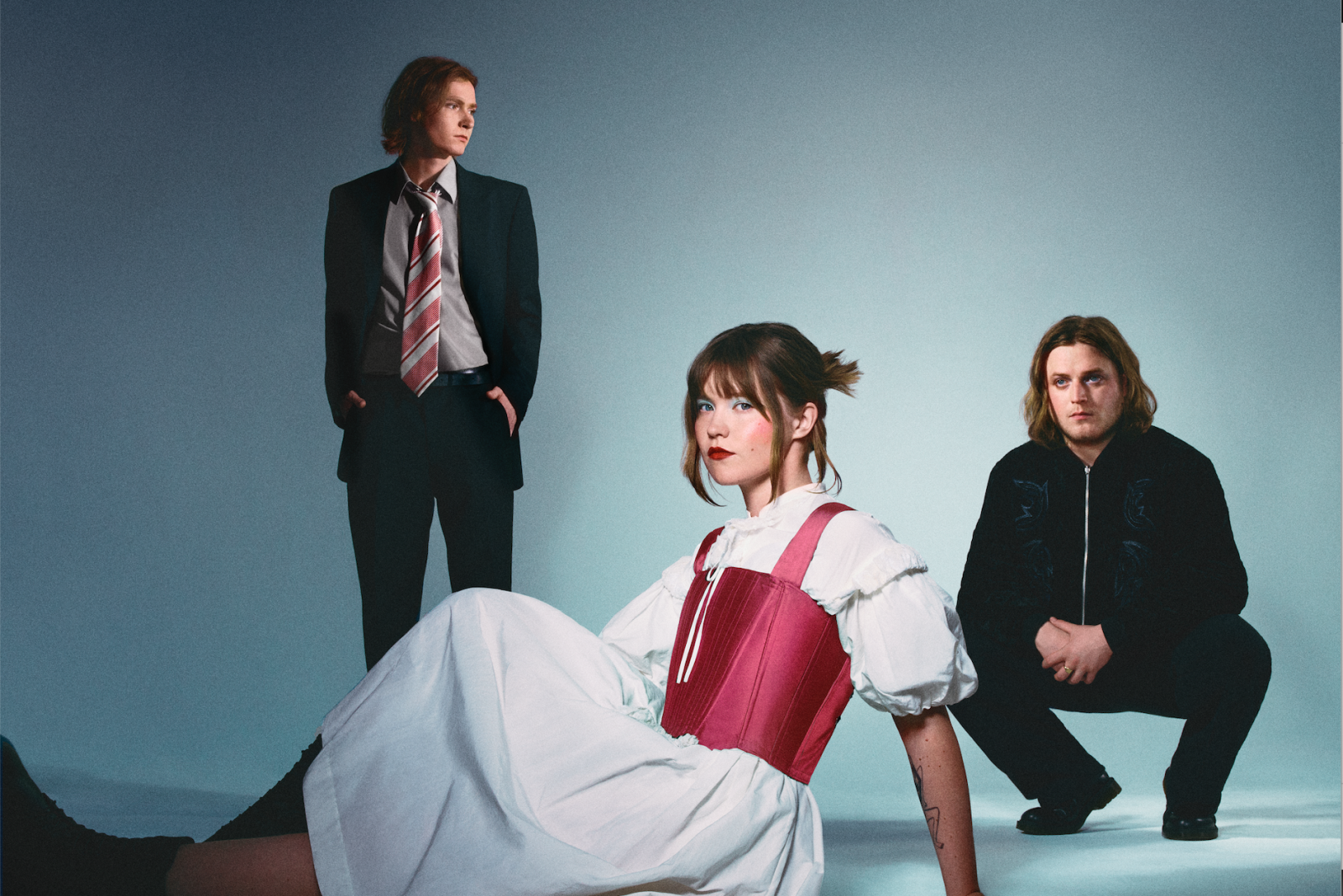 Bad Vibrations present band  PVA playing their biggest ever headline with us at Village Underground on 3rd November 2022.

South London band PVA’s stunning debut album BLUSH consolidates the beating pulse of electronic music with the raw energy of a life-affirming gig and reveals more about the trio than they’ve ever previously shared.
On their debut album PVA carry that same energy from the live circuit, while also building out a holistic world full of texture and heart. BLUSH is rich with industrial-sized beats that pack a heavyweight punch, jagged punk spirit, and moments of hushed contemplation from Harris’ poetic lyrics. It sprints tirelessly throughout, linking influences including Portishead, PC Music, Laurie Anderson, and cult rave-pop duo The Pom-Poms with ease.
Creating a world in which these songs could exist, not as disparate entities but cohesively and connected, was key to PVA. Over time the songs have changed and grown, resulting in a record that is at once gargantuan and yet deeply personal; purpose built to ricochet off the walls of any major venue yet stitched with enough personality and individuality to make the epic feel easily grasped. “The album has taken on a life of its own,” Harris states. “It’s really become something we didn’t expect.” Having set out to surprise people they ended up shocking themselves. The result, however unpredicted, is nothing short of revelatory.

16+ Each under 18 must be accompanied by a responsible adult (1:1 ratio). In order to verify your age, ID may be requested. For this reason, we advise that all customers bring valid ID. For further information see Age and ID in FAQ’s. Right of admission reserved.