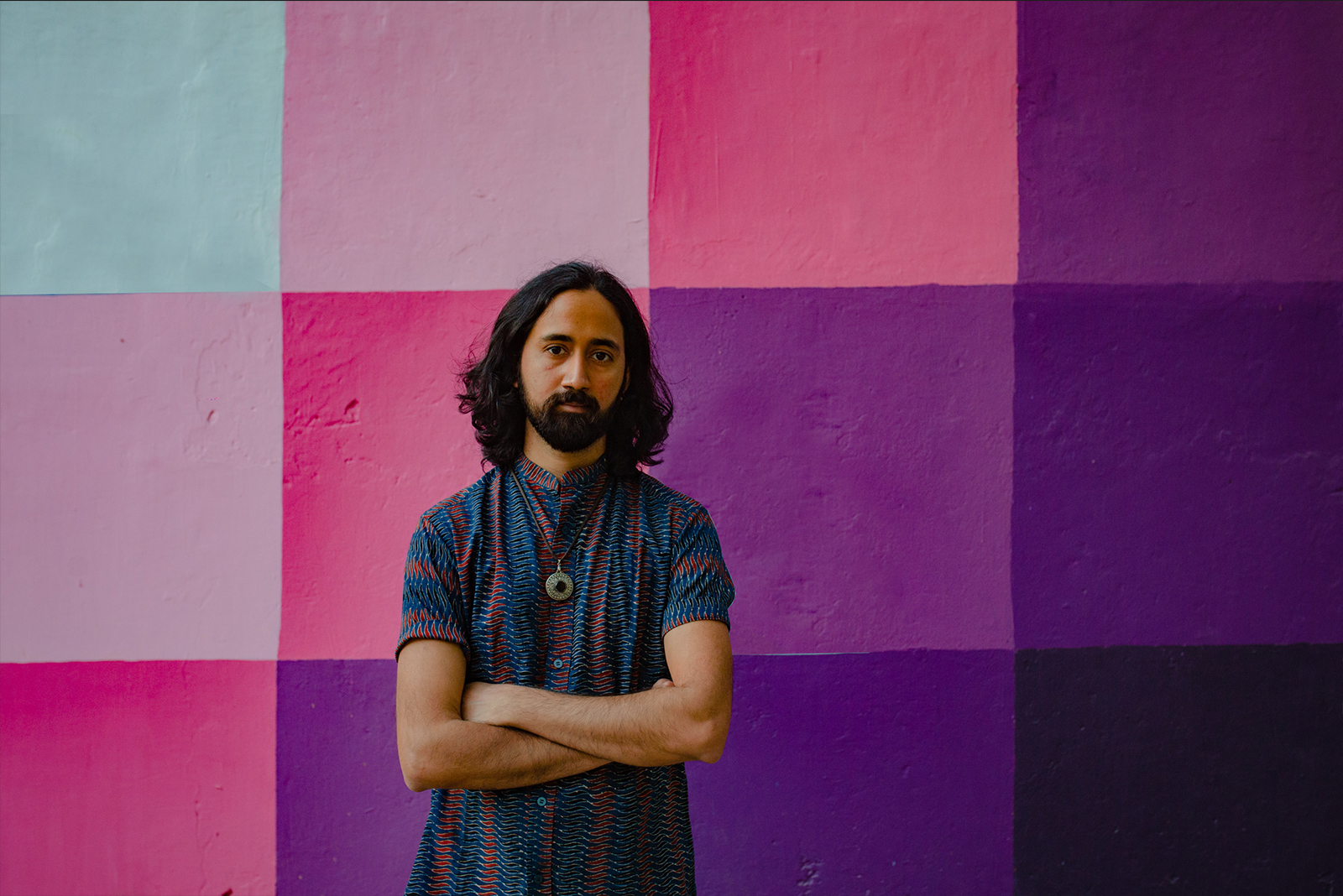 It is with regret that due to the escalating situation with regards to coronavirus in the UK, the upcoming Sarathy Korwar show on Tuesday 12th May has been rescheduled to 16 November 2020. All tickets purchased for the original dates remain valid. Customers are advised to retain their tickets and ticket confirmations at this time. 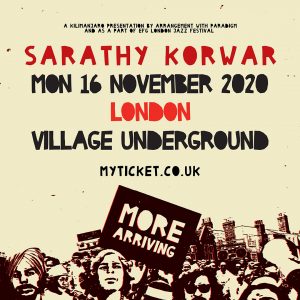 Born in the US, Sarathy Korwar grew up in Ahmedabad and Chennai in India. He began playing tabla aged 10, but was also drawn to the American music that he heard on the radio and leaking through the doorway of his local jazz music shop (Ahmad Jamal and John Coltrane were early discoveries). At 17, Korwar moved to Pune to study Environmental Science, but instead dedicated his time to music, practising tabla under the tutelage of Rajeev Devasthali, translating his skills to the western drum kit and playing as a session musician.

On completing these studies a decade ago, he moved to London where he trained as a classical tabla player under the guidance of Sanju Sahai at SOAS (The School of Oriental and African Studies), focusing on the adaptation of Indian classical rhythmic material to non-Indian percussion instruments.

Korwar has since established himself as one of the most original and compelling voices in the UK jazz scene, leading the UPAJ Collective – a loose band of South Asian jazz and Indian classical musicians brought together through a love of collaboration and improvisation who set up a residency at the Jazz Café in London. Korwar has collaborated with the likes of Shabaka Hutchings (The Comet Is Coming), clarinettist Arun Ghosh and producer Hieroglyphic Being, as well as groups Penya and Ill Considered. He has toured with Kamasi Washington, Yussef Kamaal and Moses Boyd.

Korwar’s daring debut album, Day To Day, recorded with the support of the Steve Reid Foundation, was released by Ninja Tune in 2016. The album fused traditional folk music recorded with the Sidi community in India (combining East African, Sufi and Indian influences) with contemporary jazz and electronics.

In November 2018, Gearbox Records released a triple vinyl live album by Sarathy Korwar and UPAJ Collective. My East Is Your West, performed and recorded at a sold out Church of Sound show, is a brilliant and unique blend of London’s new jazz talent with Indian classical instrumentation. A critically-acclaimed take on the cultural appropriation of ‘spiritual’ Indo-jazz, the three hour show was recorded following a single 45-minute rehearsal. The resulting album was awarded The Guardian’s Contemporary Album of the Month.

Korwar released his second studio album, More Arriving, through The Leaf Label in July 2019. With this latest release, Korwar blasts out his own vibrant, pluralistic narrative for the world to hear. This is not necessarily a record of unity; it is an honest reflection of Korwar’s experience of being an Indian in Britain, and as such is a leap forward from his previous releases, incorporating rappers from Mumbai and New Delhi, spoken word and his own Indian classical and jazz performances. More Arriving is a record born of confrontation; one for our confrontational times.