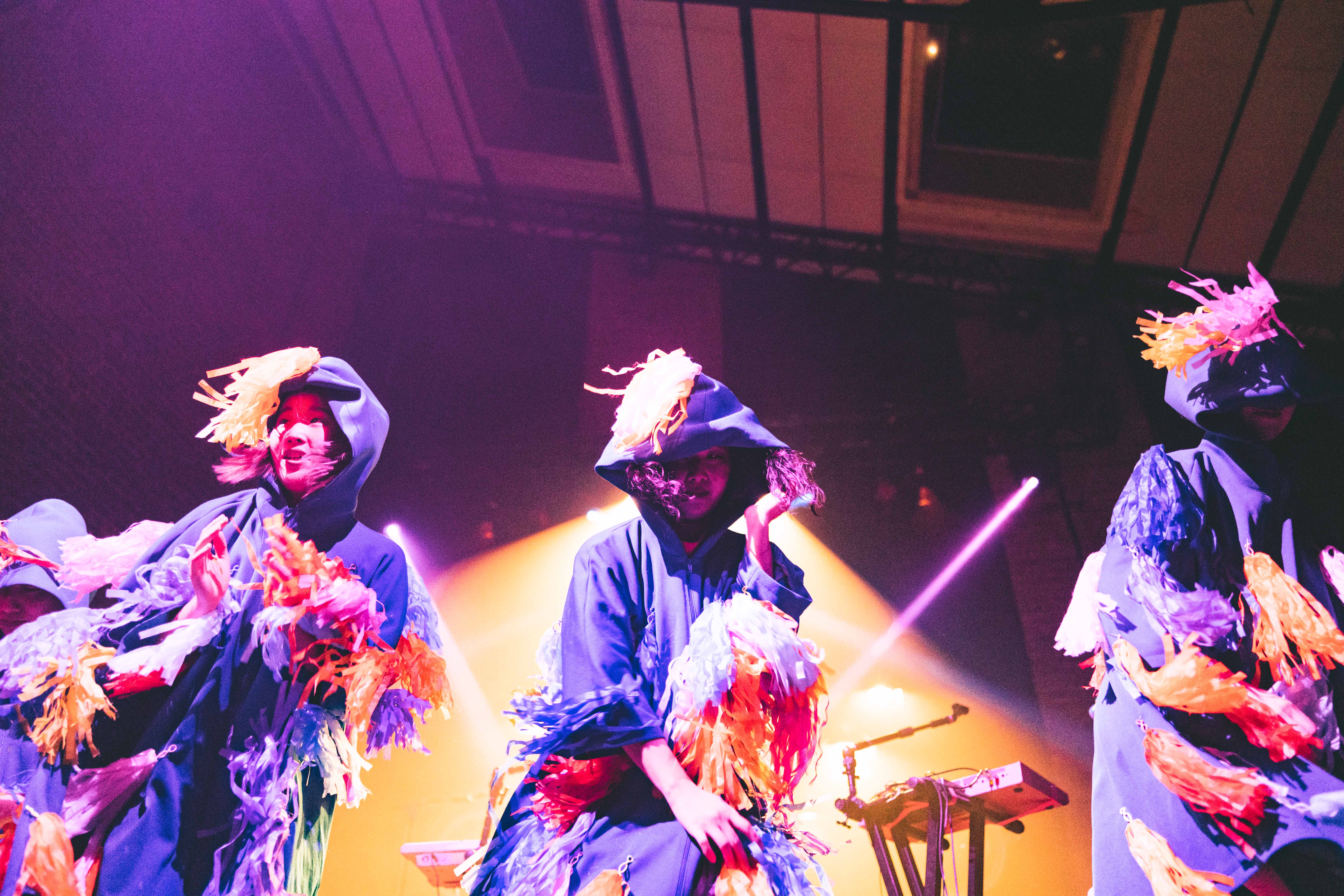 With winter almost entirely upon us, we’re rounding up the best of October and November at Village Underground, which has been a whirlwind of eclecticism –  from Neo Kawaii, agricultural punktronica and the Holy Church of Electra. Let’s dig in. 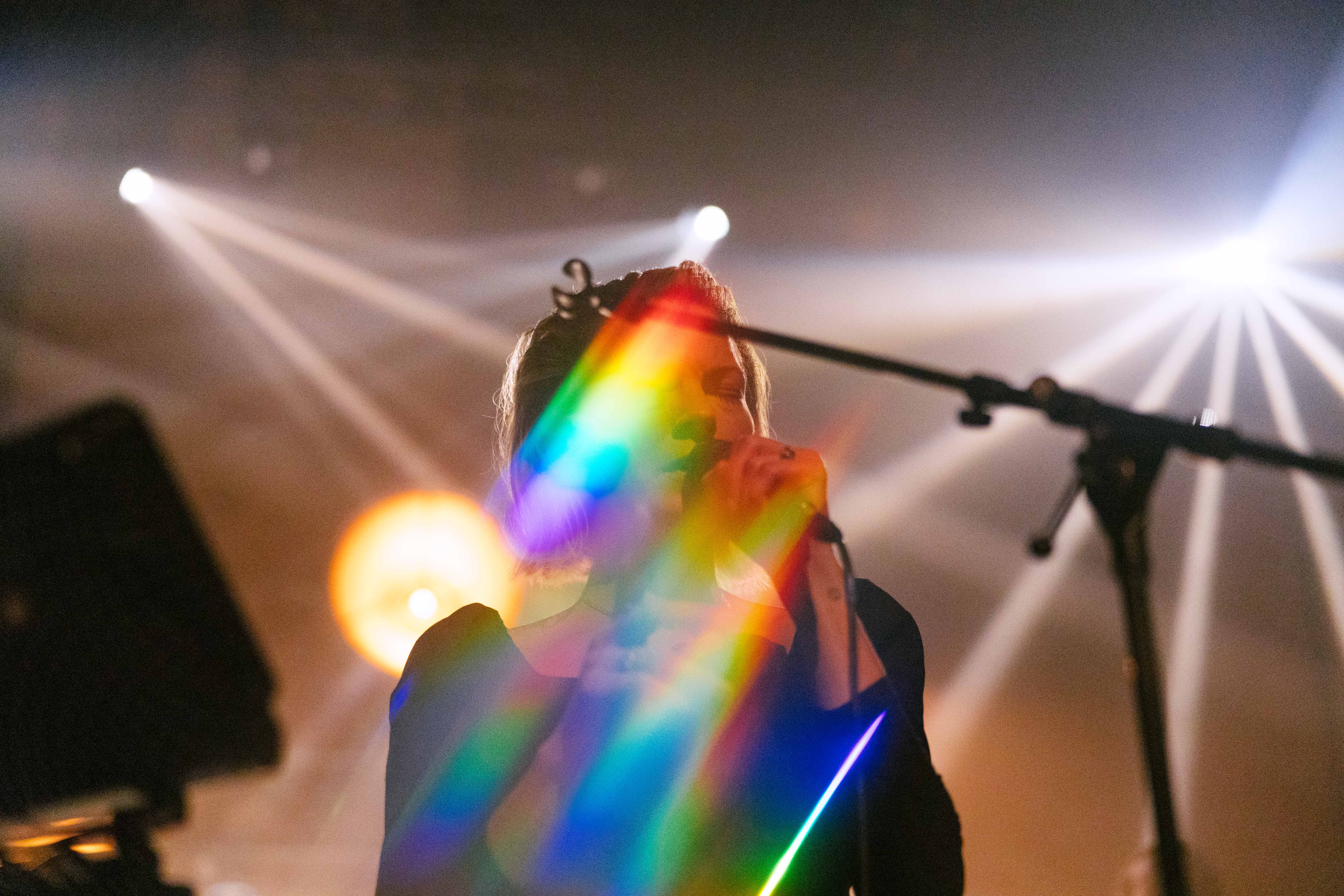 The seasons changed with Rosie Lowe’s inimitable headline show here. We think John McKie and Gregory Deer’s tweets sum it up in the best way possible:

The album Yu by @rosielowemusic has been on a different plane from most of the other music I’ve heard in 2019 so it was a thrill to experience it live with @lizfordguardian 💛🧡💚❤️💙🤩🥰 Brava! @villunderlondon pic.twitter.com/OwtePJMdD7

Entrancing set by @rosielowemusic @villunderlondon this eve. The girl got musicality x

By all accounts, Rosie put on an arresting show. For further reading, try this great review from When The Horn Blows:

“Sometimes you see a musician that radiates light and transcends all of your expectations; somehow sounding better than their studio recordings. By subtly stripping things back and allowing the raw nature of her performance to blossom, Rosie Lowe’s stunning show at Village Underground was a lesson in musical mastery.” 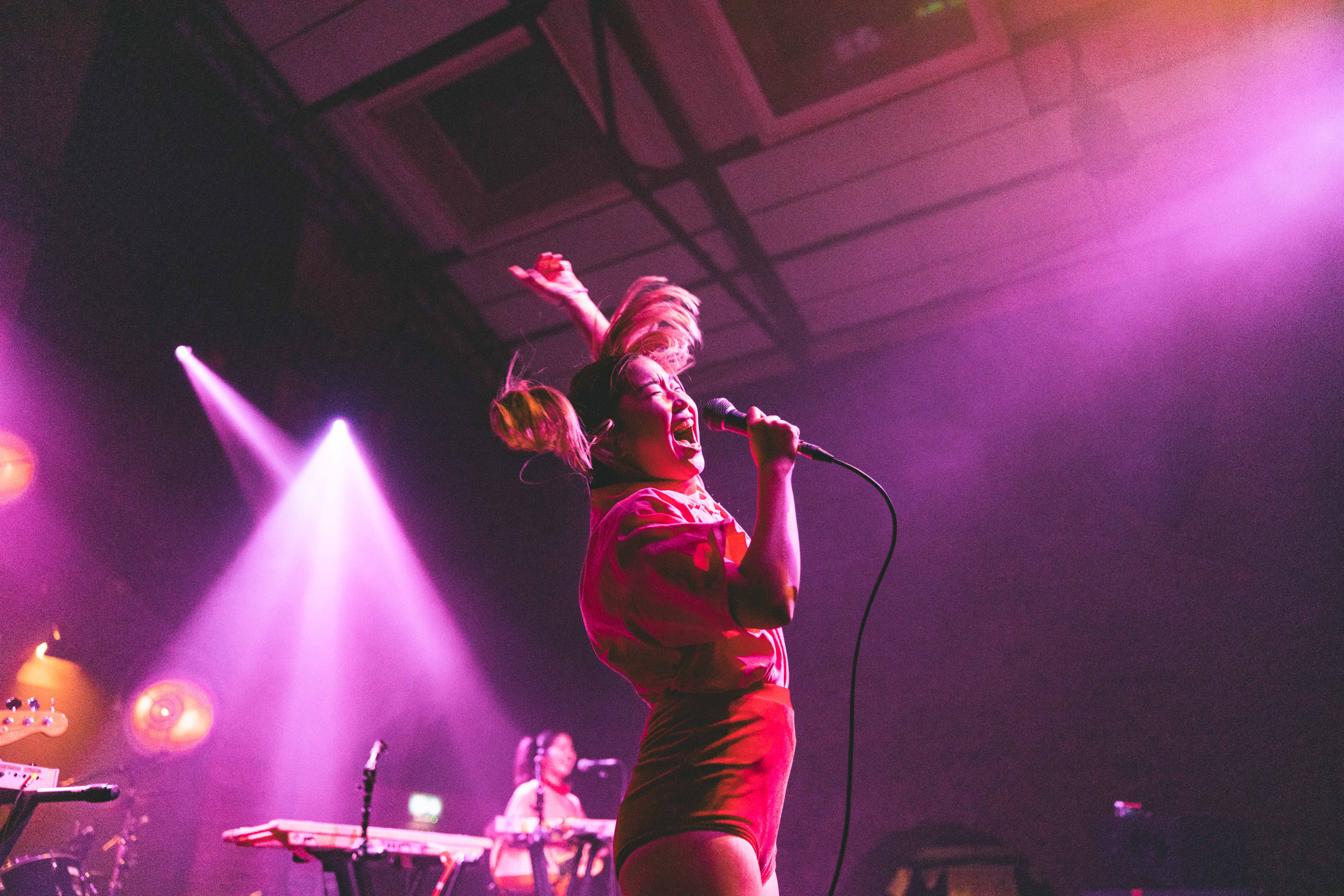 We knew this one would be a lot of fun the moment it was announced – and boy, did CHAI go to town with their Neo Kawaii sensibility. We’re talking choreographed dance routines, a mid-set costume change into blue onesies with tassels and lots of chanting. Super fun, oddball and wild – CHAI’s set goes to show how much fun you can have on stage in one evening. 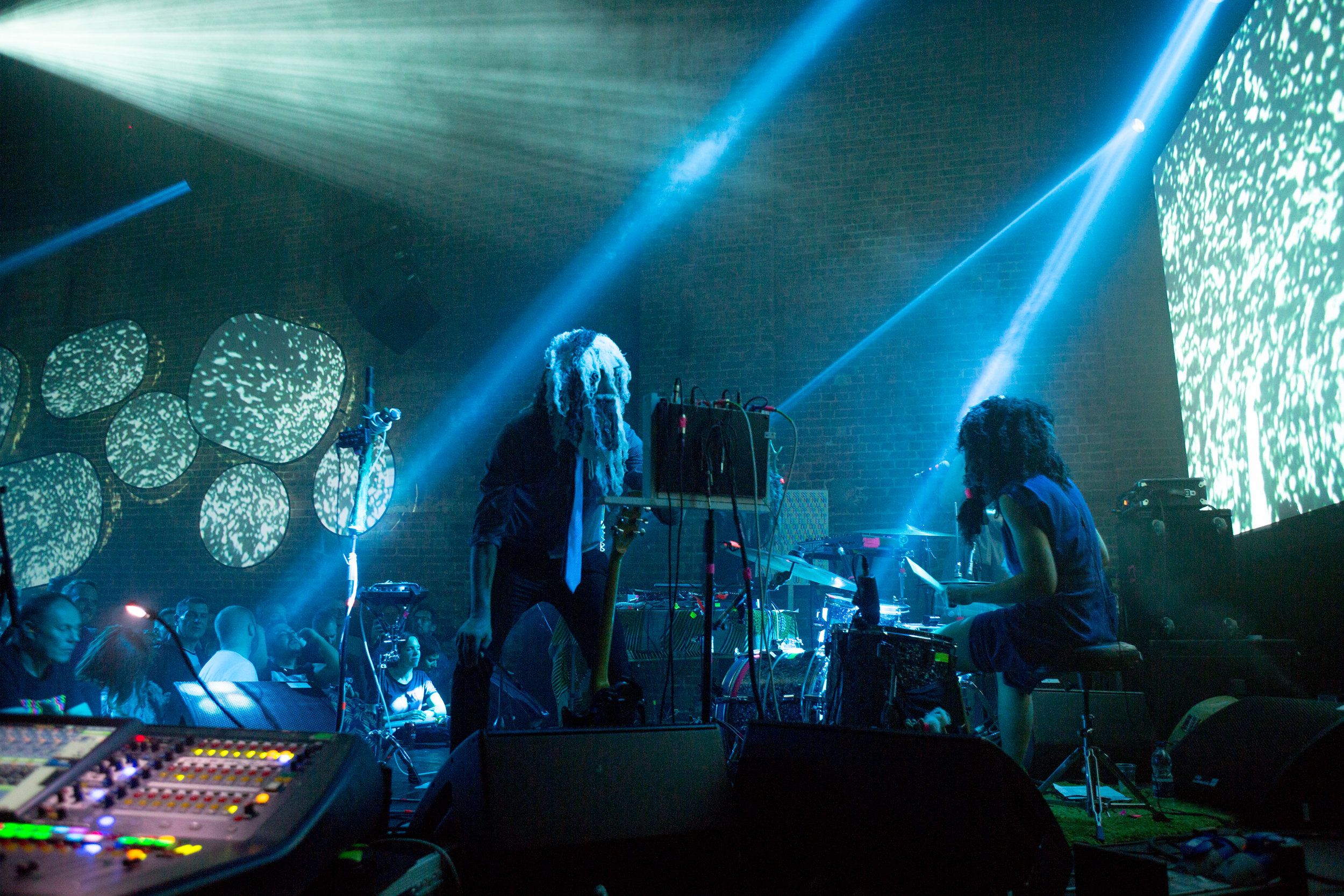 There are some bands that go in for a cut and dry simple set up, and then there’s Snapped Ankles. Support bands galore, multiple stages and two nights of agricultural punktronica packed into our warehouse. Timed in just a few days before Halloween, these shows might have felt raucous in all the right ways, but beneath it were a carefully orchestrated affair featuring (as the tweets below pick up) multi directional sound and vision.

@snappedankles just killed it at @villunderlondon Amazing “vortex” of sound 😂 and visuals like something from the end of Ben Wheatleys Kill list! 👏🏻👏🏻

Sometimes I do wonder if I see the same bands too much. However, when they are this much fun why wouldn't you? @snappedankles being terrific at the @villunderlondon last night. #SnappedAnkles @byhut pic.twitter.com/CsPuEgvN2K 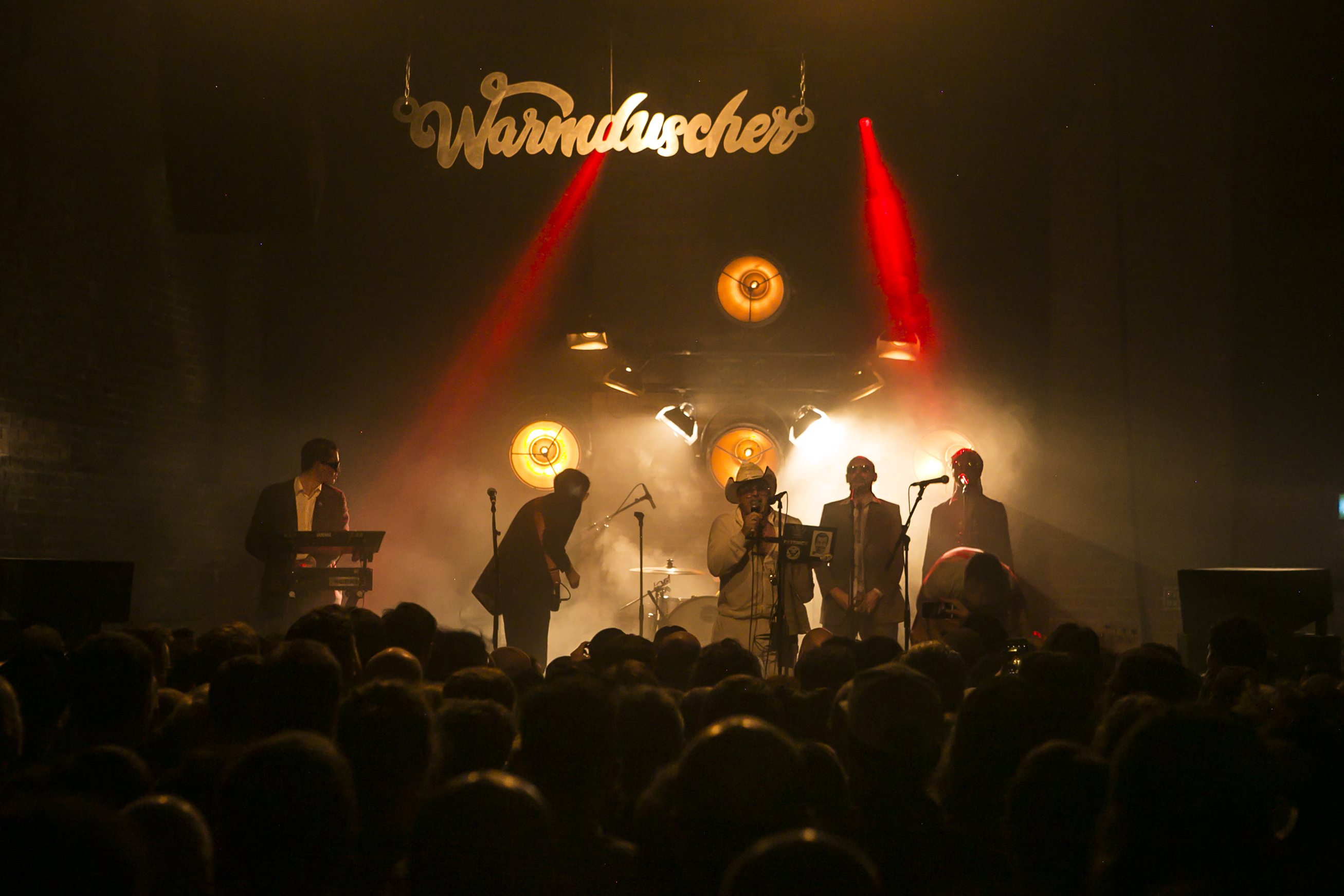 A wild-eyed supergroup formed of Fat White Family, Paranoid London and Childhood, Warmduscher seem to effortlessly turn the romantic sprawling highways of America into wacky, impassioned, guttural, garage rock stompers. Their VU show with support from Nuha Ruby Ra, Meatraffle and Squid was dubbed the best gig of the month by Josh Hadfield when BBC 6 Music asked for suggestions.

“It’s ridiculous, it’s glorious, its unforgettable, it’s a celebration and it’s like taking a warm shower straight after taking a cold wet walk in the forest. The kind of entertainment that really needs encouraging and deserves encouraging.”

Then in November, EFG London Jazz Festival treated us to an invigorating Makaya McCraven set. It’s the second year in a row the renowned Chicago musician headlined at VU, this time with a performance reviewed by the Financial Times:

“It was McCraven’s condensed eruptions, hi-hat splashes and bass-drum paradiddles that really roused the crowd. He delivered them with clarity and savvy but the vibe was underground. McCraven describes himself as a beat scientist, and so it proved.” 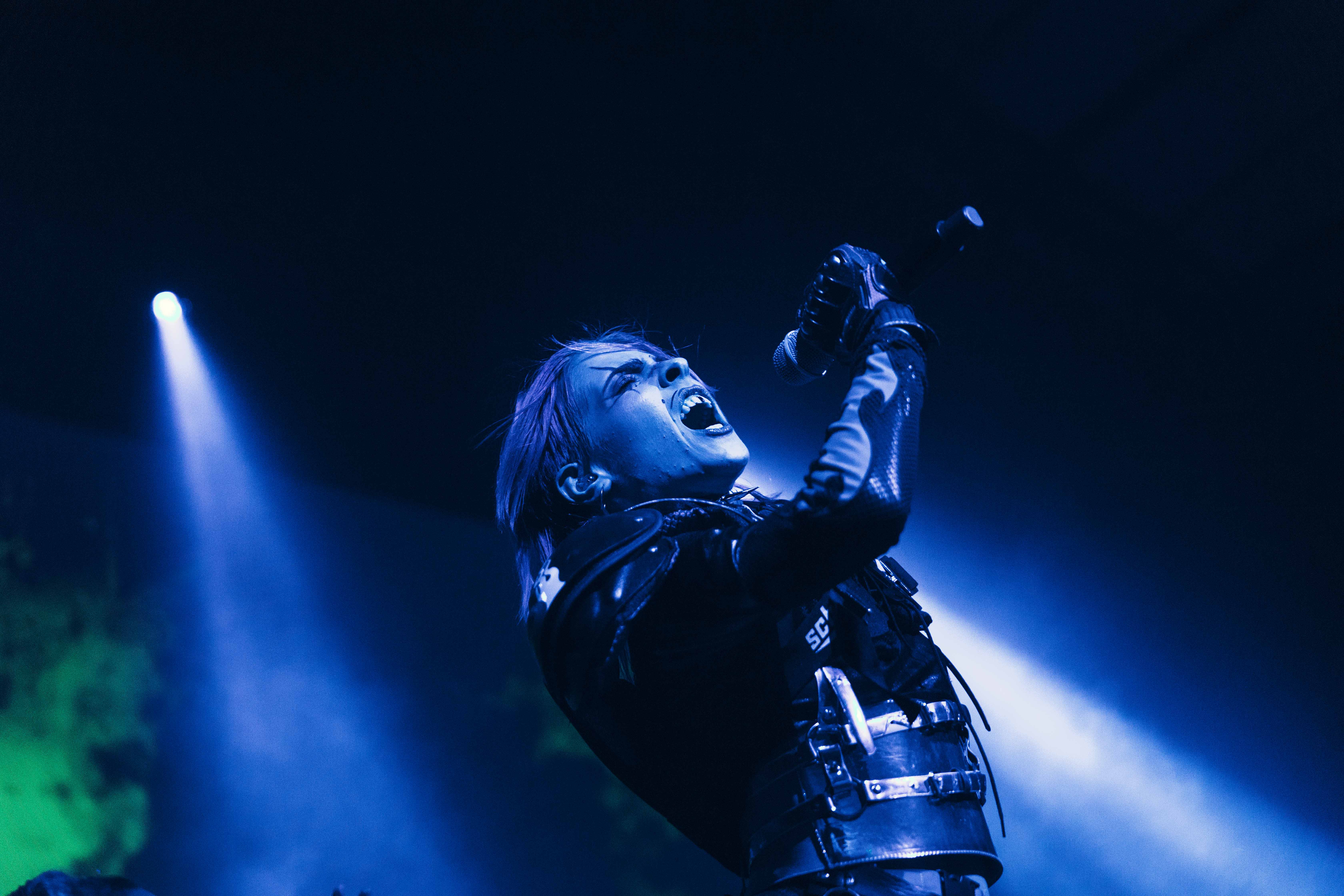 Our Holy Church of Electra topped off an incendiary month for live music at VU. Dorian Electra played their biggest sold out show to date within our four walls, and you can bet they went to town on the production. We were treated to a surprise sword fight before Dorian took to the stage, with a night that featured backing dancers, huge screen projections and lyric videos for Dorian’s songs. From the crowd, it was also brilliant to see so many members of the audience donning outre outfits to party in. 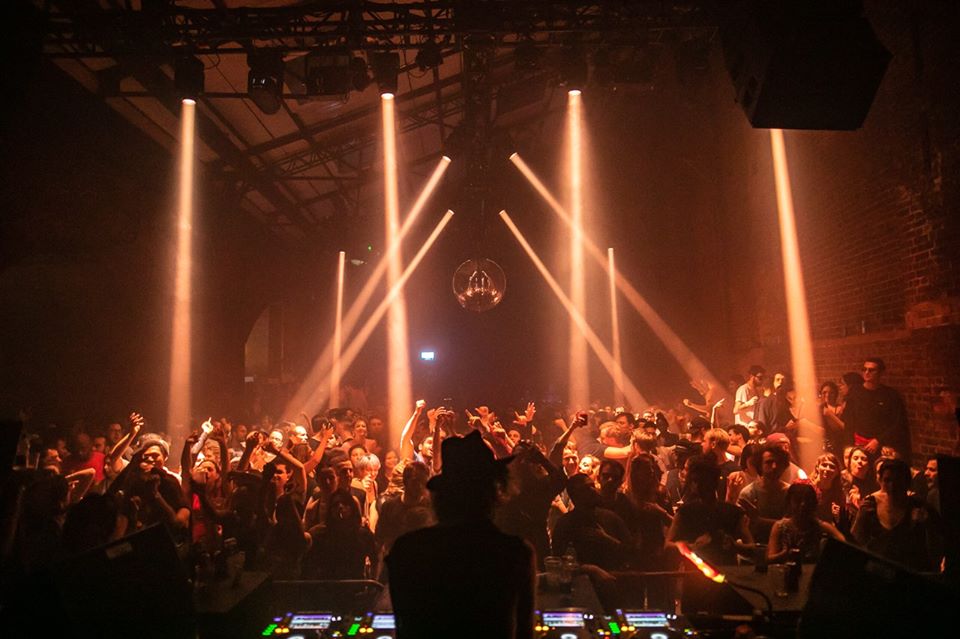 And finally, on Saturday 23rd November we took a dive into psychedelic journeyman Acid Pauli’s world for a spectacular four hour extended set with Naturalia. The night took us on a trip that incorporated not only techno and house but a wide variety of music across genres beyond dance music.