It’s been one whirlwind year for Atlanta’s Curtis Harding. Having finally released his debut, Soul Power, in Britain in January on ANTI- Records, he’s on his third tour of Europe in 12 months. The final, twenty-date whip-around-the-Continent starts at Village Underground tonight. We caught five precious minutes with the former wanna-be oceanographer to talk future collaborations, Skinny Girl Diet and his go-to save-the-dancefloor track. 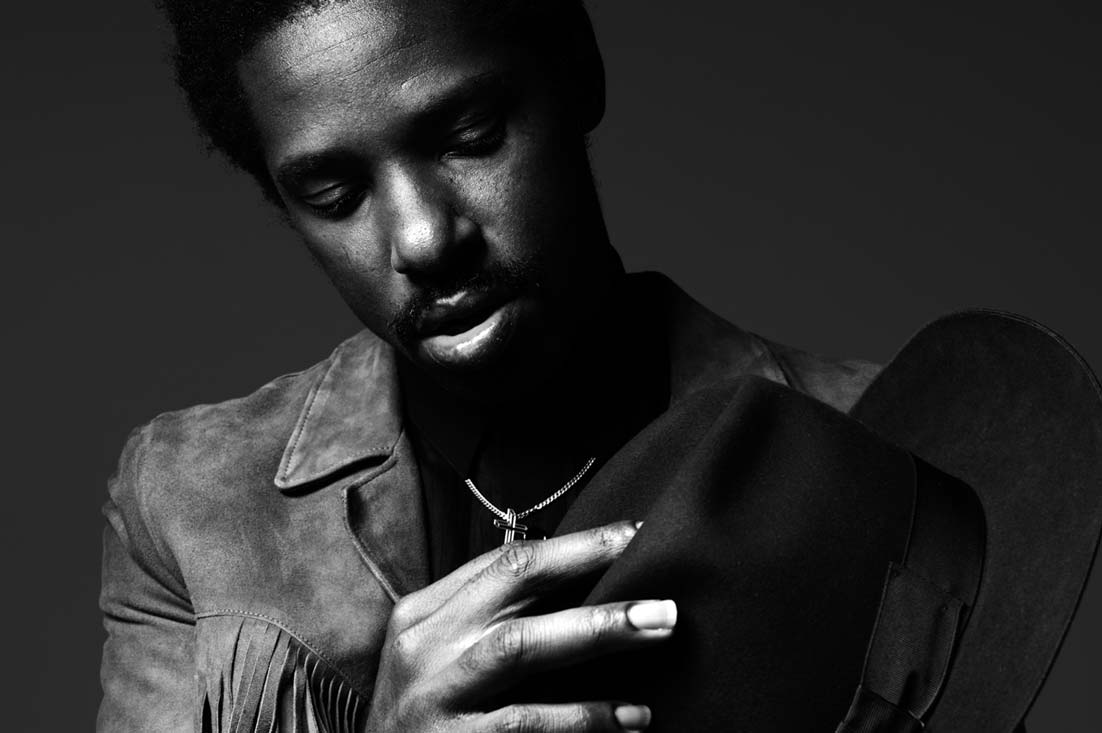 Soul Power’s been out in the States for around 18 months now, and there’s been plenty of discussion about a new classic soul movement. You and Leon Bridges have been paired together more than once as the forerunners for this, creating songs that seem to take their root in blues, soul and r&b, but branch out elsewhere. When writing, would you say you begin with blues and soul, and work up from there? Did you have an idea to include nods to disco and surf, indie and rock, or is it just your raw inspiration?

I don’t go into writing any song thinking ‘I’m gonna write a disco track, or this one is gonna have a heavy blues riff’. I think you play and listen to those styles so much, they become a part of you.  It’s only after a song begins to take shape that I say to myself ‘this sounds like’ and I add other elements to push it more towards the genre.

You’re signed to Burger Records in the States and ANTI- in Europe – how did you chose to work with these two labels?

I already had a relationship with Sean and Lee from Burger because of my side project. ANTI- reached out to me after hearing the record. And after meeting Brett and the staff I thought it to be a good idea.

Can you tell us what’s happening with Night Sun, your band with Black Lips’ Cole Alexander? Have you got any time booked in with the band in the next few months, or are you all busy right now on your own projects?

We’re all pretty busy. We’re still wanting to release something soon though.

Which artists have you heard this year that you’re most excited by?

I like Skinny Girl Diet. It will be interesting to see where they go.

You’ve arguably been a serial collaborator in your career to date – who would you love to work with in the future?

What’s been your favourite day of 2015 so far and why?

When you’re alive and healthy every day is a good one.

Finally – what’s your ‘save the dance floor’ track if you’re ever left in charge of the music at the party?

Heaven’s On The Other Side