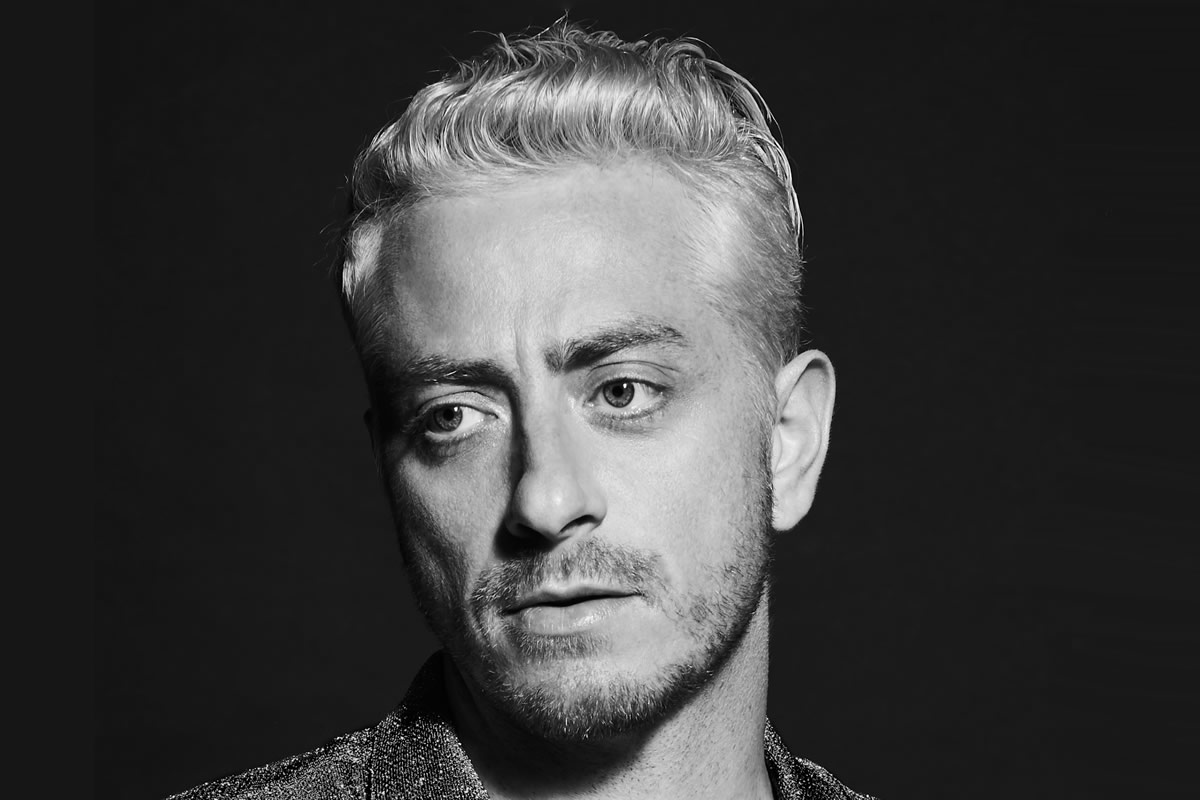 Ahead of Solo Danza’s May Bank Holiday Party on Sunday 6th May, Alexander Kirkbride caught up with headlining act and Circoloco resident Davide Squillace for an exclusive interview.

With debut album Once Upon A Time In Napoli now out, the longtime Italian DJ, producer and Ibiza party resident is back on the road and headed to Village Underground over May Bank Holiday Weekend for a Solo Danza party to remember. Once Upon A Time… will also be Davide’s first record out with Damian Lazarus’s Crosstown Rebels. Covering the DJ’s twenty-year journey from Naples to his Circoloco party days, the long-awaited LP shows just what an eclectic taste Davide has honed – from hard-hitting dance floor fillers to the more introspective works. So what else is on the horizon for Davide got lined up for us? Funny you should ask…

Alexander Kirkbride: Hi Davide, we can’t wait for the release of your album ‘Once Upon
a Time in Napoli’. Having lived in Barcelona for some years now and with such a heavy tour schedule, how do you keep the memories and love of Napoli most alive in you?

Davide Squillace: Every time I wake up and look at myself in the mirror. The way I make the coffee in the morning. The way I kiss my kids. And the way I do most of my things reminds me of where I’m from. I don’t need to be there – it’s in me.

AK: This will be your debut with Crosstown Rebels, having worked with an all-star list of labels previously that include Desolat, Side Tech and your own This and That of course. What is it about Crosstown that made them feel right for the debut album release.

DS: Apart from me being a fan since I cannot even remember, Crosstown has managed to go through so many different phases of music. I think they really know how to manage an album. Damian has been a good friend for a while, I thought it was a perfect fit. I didn’t really send to anyone else, just him.

AK: Many of the track titles create the feeling of a grand narrative in the album. The grooviest arc we ever heard in ‘Noah’ referenced space travel. Did you consciously want to explore time and space through the album in this way? To create a piece of art that transports you to the past, propels to the future and brings back to the earth again.

DS: Well isn’t this the story of yourself? In the past, present and future somehow. I don’t think it was a conscious process. I can agree with you, but I don’t think it was done consciously so not being done that way means it was a genuine process. Which I think we lack in the studio nowadays because we have so much pressure from the game, from the business side of things that we miss the genuine joy you had when you were a kid making music.

AK: You’re an artist with many passions and aliases, the closing track ‘Sin’ introducing ‘Telemarco’ seems to refer to one of the more ambient and experimental of these. How do these aliases weave in and out of your creative life? What is that makes you want to revisit the past? And which if any of the aliases do you feel is the sincere you?

DS: There is no one that is more or less the sincere me. They’re all part of me. Like you have an arm, you have a leg, you have an ear and so on. You know when you need a bath, when you have to eat, when you have to snore. Different moments bring different needs artistically and musically. So with ‘Telemarco’, I actually did an album when I was 20 years old that I never released. Very landscape based and crazy beats. Totally out of any musical rhythm or sound on purpose. So, I thought it was time for me to do a trilogy that will actually go through all the different sides of me that I tried to explore in the past. So now I can re-explore with a better understanding of myself and better experience.

AK: We’ve read that London was your first love for electronic music. Have you felt the city change over the years of playing here? And do you find that the different parts of the city and venues you play in translate to different vibes on the dancefloor?

DS: London was not my first love for electronic music by any means. It was Napoli. London, obviously is one of the main cities in the world so everybody converged there so you’re able to listen to so many different types of electronic. So, you grow a lot, you get knowledge and experience. London is crazy because say “I live in London” while they actually in the east or the west or in the north. They don’t really move around, so the west is way different to the east and you can definitely see on the dancefloor. The good thing is even when you play one side or the other, you try to do what you do anyway. So, you try to teach new listening in the west or try crazier stuff in the east who are more into this type of music.

AK: How do you feel your sound changes if at all when you’re playing in London compared with other cities you visit.

DS: Again, it’s not that your sound changes. The fact is that the range of what you like is wider than people think. In one club, you feel to share more of that side of you and other sides somewhere else. It’s not about you changing the music but more so putting that side of you in different places.

AK: As this will be your third time playing at Solo Danza, do you have any standout memories of the party?

DS: Well thank God every time has been slamming. You can feel that people come there and really listen to the music. It’s not about just getting wasted, they’re there to listen to some new stuff

AK: We know you love your motorbikes, how else do you get your thrills away from the club life?

DS: Kids! The love of being a father and driving my bikes around.

AK: You’ve stated before how you try and avoid having a preconceived formula when producing. Did that approach help or challenge your process when producing in the long player format for the album?

DS: No, not really. It was a very genuine way. On the ‘Telemarco’ album, I’m selecting few elements in a certain way that I’m going to play them. I’m going to record, sample, replay and reorganise them. I think I’m going to have more structure on the next two albums than the techno stuff.

AK: Is the road life more challenging now that you have a young family? Do you feel a wiser man for it? If so, what three lessons would you pass down?

DS: I feel like more of a Skype and digital dad in a way because during the week I’m always in the office or in the studio with different projects. Then I’m on the weekend I’m away. I always had a vision of the future, so I was never really reckless. Did I get wiser on the road? Yes, on some stuff but definitely not on others.