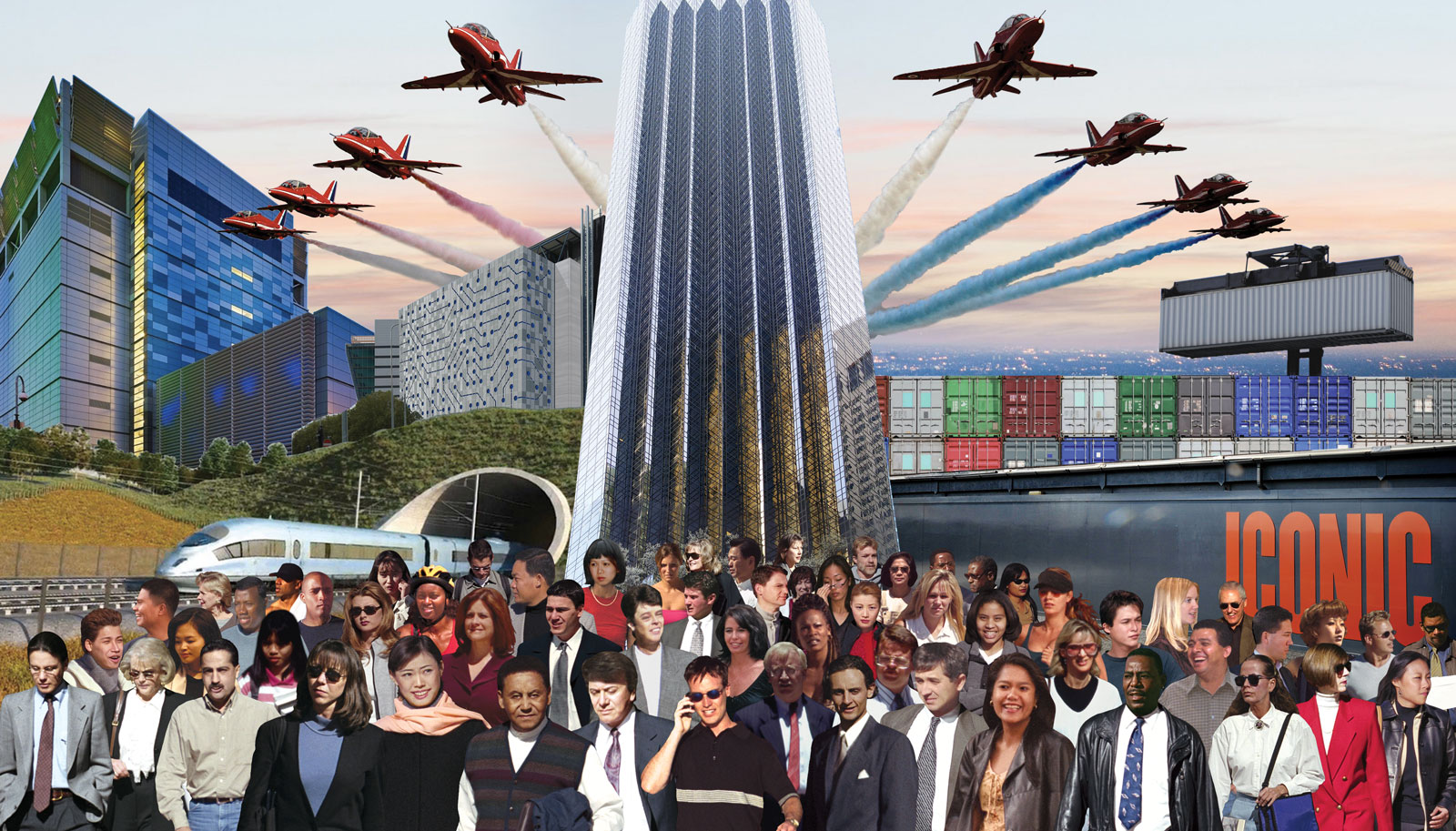 May First by James Bridle

The new installation on the Great Eastern Street wall is Render Search by artist writer and theorist James Bridle. The work is part of Bridle’s ongoing fascination with the process and software used to render architectural designs for new buildings.

“Wandering round the streets you see these huge hoardings with these CGI images on them of what the building will never actually look like. Those renderings actually play a huge part in the design process. There’s a crossover between the image making and actual building. Architects do some preliminary sketches and master plans at the scale at which they’re working. That’s visualised by people who do the image-making. In turn those images go into the planning process of how those buildings get approved and shaped but they also feed back into the design process. That’s just a small part of much larger digital process, where every aspect of the building is captured and mediated through these pieces of software.

“For me it becomes a way of looking at large complex design processes and processes of persuasion where it becomes harder and harder to see in that system who’s actually making the decisions and who’s responsible for every aspect of it. I became really interested in those visualisations and largely the role of 3D design particularly when speaking to architects and visual designers who can look at actual buildings and know which software package they were designed in. The architectural process becomes one that isn’t just a process of designers, and engineers and planners but of software engineers and software designers as well.” 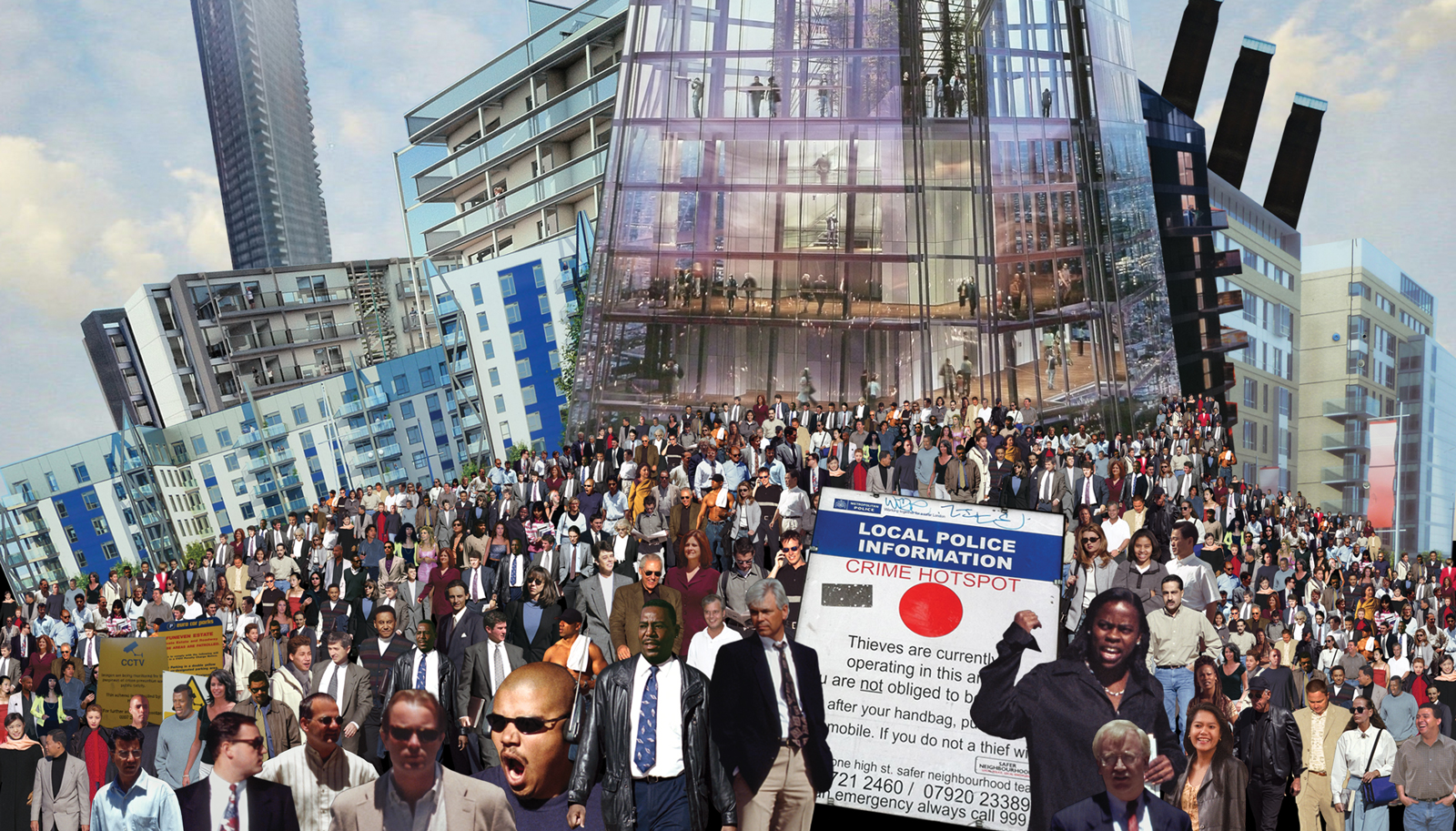 The Reality Of Out Plan Is Active People by James Bridle

Humanising these perfectly rendered CGI utopias are avatars placed to show how us we would fit into this environment, these figures are called “render ghosts” by people who work with the software.

“I heard a few other terms being used as well but this term seemed to capture something quite powerful about the ghostliness [of the figures] once they’re transferred into these systems but also into the entire edifice of digital design and the various phantoms that slowly become architecture as various intentions and politics get solidified.”

Up until a few years ago there were only one set of these pixelated people which have been “endlessly pirated, downloaded” and shared through architectural departments and firms. This meant that the same people could be seen in artificial architecture all over the world. Bridle began to try and trace these people even flying to Albuquerque, New Mexico in an attempt to find an early set. The net has widened as the ghosts have multiplied. 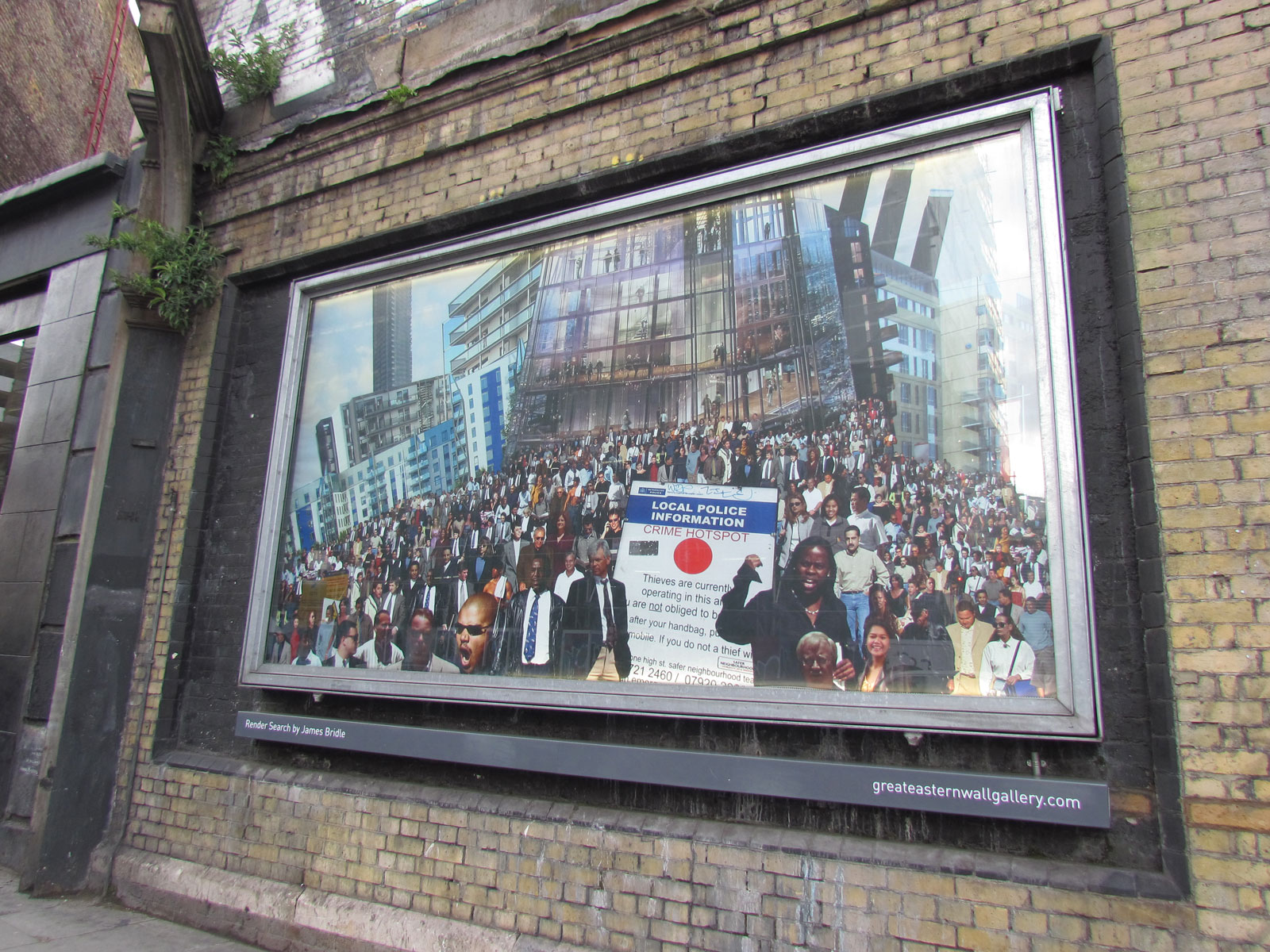 “Some companies produce their own ghosts but again the source of these people or what [the photographers] original intentions were get lost within this huge virtual architectural world. Their ghosts are labouring in this architectural market without any benefit accruing to them. I’m trying to connect with them as a way of connecting with how everybody feels about our images our data our memories becoming part of these vast systems without really knowing where they end up.”

How these render ghosts are forced to interact with their ephemeral environment bears no relevance to how it will be used once the building has been built. For Bridle this is why modern balconies propagate – in reality they are too small to be used and their aspirational cityscape views are often obscured.

“On the renders you always see people stood on these balconies staring out at the city with obviously no real idea of how they got there or what they’re doing there and they’re completely absurd. These weird roles that these characters are forced to enact repeat our own confusion of what the hell is happening to the city and what it’s really got to do with us. It’s architecture in the service of marketing – i.e. ‘this will look good in the render’ or ‘this will look good in the brochure copy’ but it actually has no relationship to the human use of space.” 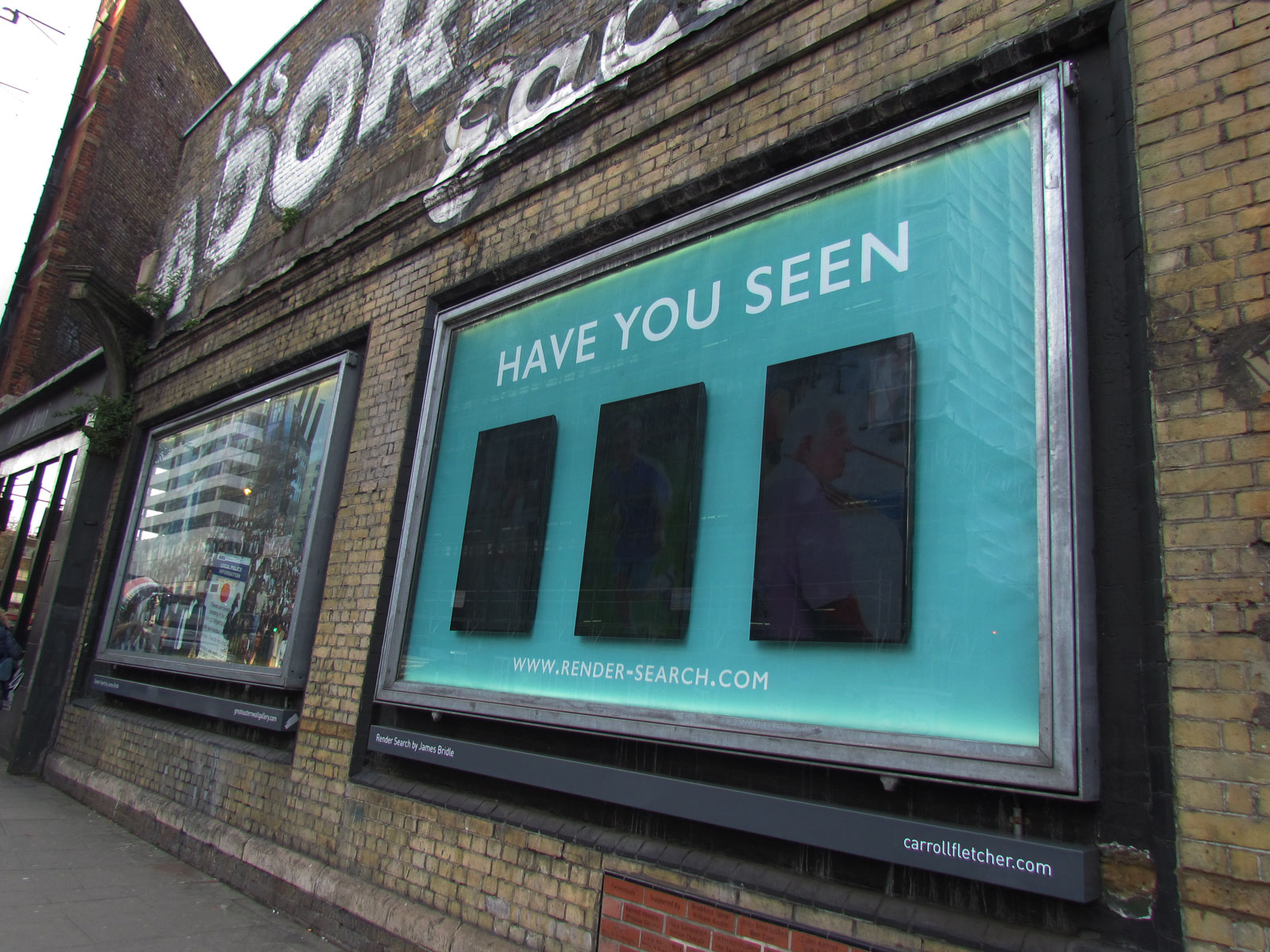 For Bridle it’s not a case of the buildings aren’t working in these renders, it’s who they’re working for. The real spectre is the property market which has to appear as confident as its rictus temporary tenants.

“The buildings are clearly not for the render ghosts either” says Bridle “They’re another disinherited class who once the building is built are evicted. They’re the temporary guardians of these spaces before they’re sold out from under them.”

James Bridle’s Render Search will be available to see on the Great Eastern Wall Gallery until 3 April. If you recognise a ghost head to the Render Search website.

Produced by Convergence and Carroll / Fletcher