Ahead of his London show at VU we were offered an interview with Sage but by the time the clearance was given he was up late and trying to get some sleep before he caught a flight to Iceland to embark on his European tour. He offered to do the interview via e-mail as soon as he could. And good to his word the answers were returned. 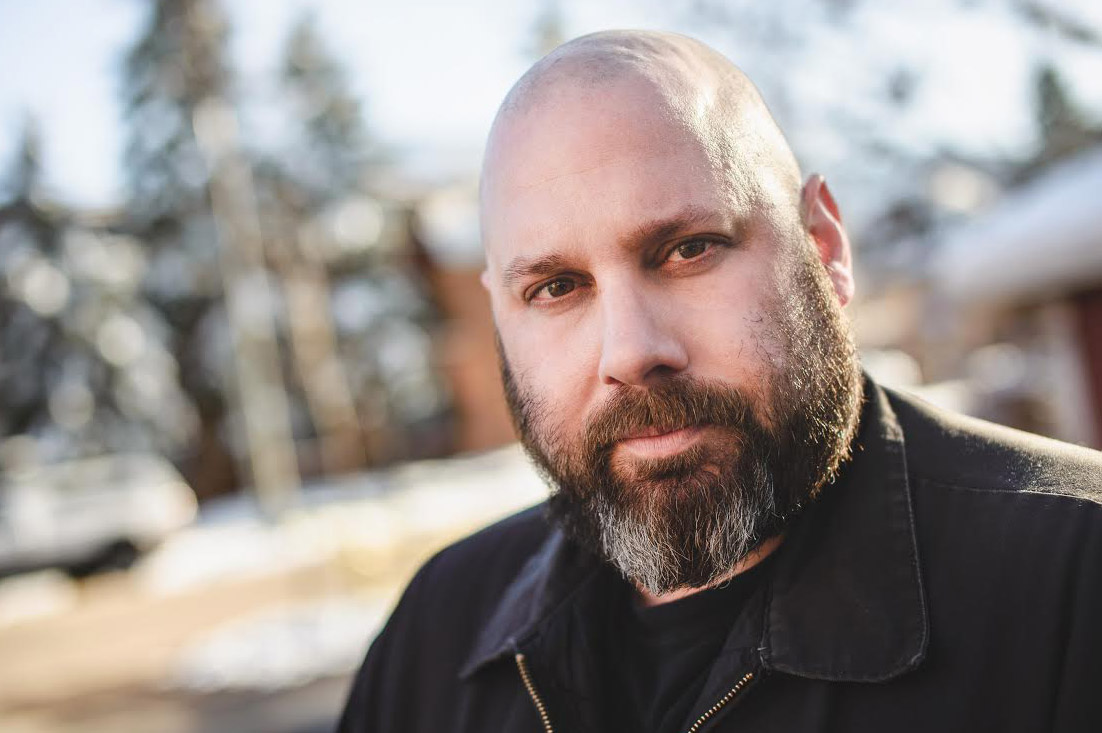 I should add that although Sage is a white, middle aged rapper from Providence, Rhode Island, he’s gained a rep for writing sharply acute lyrical bombs. And during his 17 active years from poet, to mixtape compiler and over six studio albums he’s more than laid down his view on the world.

The  fact he has run  a record label for similar like minded musicians and collaborators such as Buck 65 and DJ Signify has led to some lazy journalists using the frame “indie hip-hop”, a term that in his new album Copper Gone he mightily contests.

So I sent through questions which I hoped he might not have been asked before or that might provoke answers that he hasn’t answered in his music. With someone who is so notoriously verbose and prolific this is obviously easier said than done.

DD: Thanks for taking the time to answer these questions Sage, hope the jetlag and the extra Icelandic daylight hours aren’t screwing with you too much… Actually, fuck it, that can be the first question… I know you have had trouble with sleep in the past. Is it still bad and do you have a way of making this easier on a world tour?

SF: These days my trouble with sleeping has a lot more to do with the schedule rather than a lack of sleep. I can’t remember the last time I had a predictable sleeping pattern, but touring kind of forces the schedule. We’ll see how it works out with the international touring. So far, so not good. haha. It’s 6:30am at the moment. I slept from 10pm until 3am. That’s to be expected with travel, time zone changes and jet lag. Good thing I’m used to these stupid hours even when I’m not traveling.

DD: I liked what you said about e-mail interviews, that they are only dry when you’re dealing with a dry person – what keeps you slick?

SF: Haven’t you heard? I’m a wet, wet boy in a dry, dry state. No, I don’t know. I don’t think I’m particularly slick. But as far as email interviews go, they’re my preference. I feel like this would be any writer’s preference. This is how we communicate best. When I’m pushed into giving answers on the spot, with no time delay or edit options, I feel forced to fake my way through an explanation or answer. This is the kind of shit some people get off on. It’s not for me.

DD: The new album remains pretty passionate – why are you still raging?

SF: I still care about the operations of this world and creating inspirational works. It still excites me to get in front of a crowd of people and have the ability to entertain them. I may lose passion at some point, just as humans eventually lose all things, but once I lose my passion that will be the true death. Despite all my rage, I’m still just a fat guy named Sage.

DD: Do you think that your work is worth suffering and fighting for?

SF: Apparently, yes. But not really. My work is art. It’s what the art represents that is worth suffering or fighting for.

DD: You throw a lot of your heart and soul into your performances, how do you keep the momentum up night after night?

SF: This is one of the main obstacles in my tour life. The physical toll that live performances take have been an issue for me ever since the late 90’s. I’m almost positive it’s a psychological issue that makes me push myself until I feel pain. It’s like… if I don’t feel exhausted and physically hurt after a show then my dumb brain tells me that I didn’t give it enough. A lot of the songs require this. The style of vocal performance I do requires this. But keeping up the momentum is not easy. Not when you’re doing 20 shows, 40 shows, or 200+ shows in a year. In 2004 a doctor told me I needed to stop or I would risk losing my voice forever. I began implementing some precautionary measures after that point, but I still push myself to the point where I suffer great risk of not being able to speak ever again. Hell…at this point, a self-destructive (or self-preserving) part of my mind probably craves that.

DD: You’ve mentioned different selves that you represent in rhyme – who are we speaking to now and what does he think of your other selves? Will you ever be done with hip-hop?

DD: Will hip-hop ever be done with you?

SF: Hip-hop probably wanted nothing to do with me in the first place. Hip-hop had to deal with me.

DD: I liked your press conference video, how often do these lame questions get asked from you?

SF: Thanks to social media, artists get asked these type of questions all of the time. It’s not like most people expect a response. That, in all honesty, is the most frustrating part. But yeah, that ‘Press Conference’ video was incredibly cathartic to create. I got to express a lot of things artists say behind the scenes on a regular basis, but you can’t just come right out and say it without looking like an unappreciative asshole. That’s not fair, but that’s how things go.

Anyway, I’m glad we figured out a fun way to highlight how all of those questions that typically get asked are ridiculous in nature. It’s like people don’t see you as a human being or as if you owe them something because they’re a fan of your music. If I could play everyone’s front porch without it being a major life and money drain, maybe I would. If you see someone is playing 100 miles from you, organize a car pool or something rather than just insinuating that the artist ‘hates’ your town. We travel thousands and thousands of miles, putting our neck on the line to bring music to many areas that are outside of our comfort zone. Make some concessions, motherfucker. Haha. And something people never seem to realize is that you never know when it will be your last chance to see your favorite artist or band. Don’t take for granted that these people will continue to return every other year. Bands break up. People go broke or die. A lot of times it’s a very short window.

DD: Is indifference to your music the most insulting emotion?

SF: Indifference is devoid of emotion. As an emotional being, I’m not mad at that. If someone is indifferent to my music, we pretty much speak different languages. That’s OK with me.

DD: Is thoughtlessness the most annoying character trait?

SF: Not exactly. I believe that inconsideration is the most annoying character trait. I suppose it’s more about carelessness than it is about thoughtlessness.

DD: Do you think if more people loved you without fully understanding your music that you would be happy with that?

SF: I don’t ever expect people to fully understand my music. That’s not a scale anyone should weigh their happiness on.

DD: Hollywood stars have an incredible capacity to trot out the same information about films as if it’s just occurred to them, have you ever been able to master this ‘art’?

SF: I mean no disrespect with this answer as you have been a particularly interesting interviewer, but a lot of interviewers trot out the same kind of questions about an artist and their work. You have the benefit of making it seem like a fresh question. The burden is then put onto the interviewee to make it seem fresh for whoever reads the interview. I don’t know if I’ve mastered this art but I probably do it better than most. The honest answer is strangely tough to find.

DD: Okay… I realise that I now want to avoid you thinking that I’m one of those journalists. So to avoid this could you please use the below space to set the record straight about anything that currently irks you:

SF: People who don’t use their blinker before turning or changing lanes. That’s my number one ‘road rage’ issue. It all boils down to inconsideration. There’s also the incompetent and irresponsible people who throw fundraisers for themselves…and the people who support them.

DD: And finally, please use this space to tell us something that makes you smile, always:

SF: When a cat shows interest or investment in something, it’s impossible not to smile.

There are a few tickets remaining for Sage Francis at Village Underground here. For those of you not in the area we strongly suggest you organise a carpool and haul your ass to one these other cities, whilst you still have the chance.