That’s a wrap for 2019 and another decade at VU

As 2019 draws to a close and we dive head first into a new year and a new decade, it wouldn’t be right if we didn’t attempt to round up a slither of our show highlights from the last ten years. Although we provide other forms of culture such as our iconic Holywell Lane art wall (of which you can find the highlights of on our Instagram), we’ll just be focussing on the shows for this piece.

Now let’s be honest, these last ten years have been something of a wild ride for music venues in London. Many of the city’s beloved spaces and venues faced closures and with Brexit leaving a huge question mark over the future for international touring artists there are lots of challenges ahead.  Despite this, we feel very privileged to be at the forefront of grassroot music establishments, always growing, always developing. In the last decade, we’ve expanded and successfully launched our second London venue, a multi-purpose arts space EartH, based in the centre of Dalston. We’re also proud at VU to be working with the Night Czar Amy Lamé and the Good Night Out campaign, as well as Hackney Council’s Reframe The Night initiative.

As ever, we’re thankful to you, our audiences, for continuing to support VU in its twelfth year. We hope, just like in the past decade, that you continue joining us for unforgettable experiences across music, the arts, and performance in 2020 and beyond. Now, let’s take a look at what VU HQ has to shout about from the last decade. We will have definitely missed some incredible moments on paper, but definitely not from our memories. Shows are featured in no particular favourite or linear order:

That time in 2016 when South London rap crew Section Boyz brought out Drake and Skepta as surprise special guests to perform ‘Jumpman’. That has to be one for history books!

One of the best club shows to hit VU in 2014 (which returns in 2020) was Kitsuné’s French Kiss Party. A night full of giant disco balls, Alexis Taylor, and just generally shimmering wonderful vibes.

In 2016 we had a visit from Father John Misty off the back of ‘I Love You Honeybear’, for a show that was full to the brim, not only with audience members but with Father John Misty’s charismatic energy. Fun fact: we accidentally busted in on him in the green room disturbing him mid-Yoga during a pre-gig warm-up session.

Moving on to Four Tet, a name that comes up very frequently and fondly at VU. Having played here across 8 years in the last decade we had to give him an honourable mention. Choosing our favourite show is an impossible task. The 2010 show had an almighty balloon drop and the run of 4 shows in 2018 included a strings of awe-inspiring lights (which we’d be surprised if you didn’t see it all over your Instagram feed). Thank you Four Tet, your shows will forever continue to floor and bewitch us. 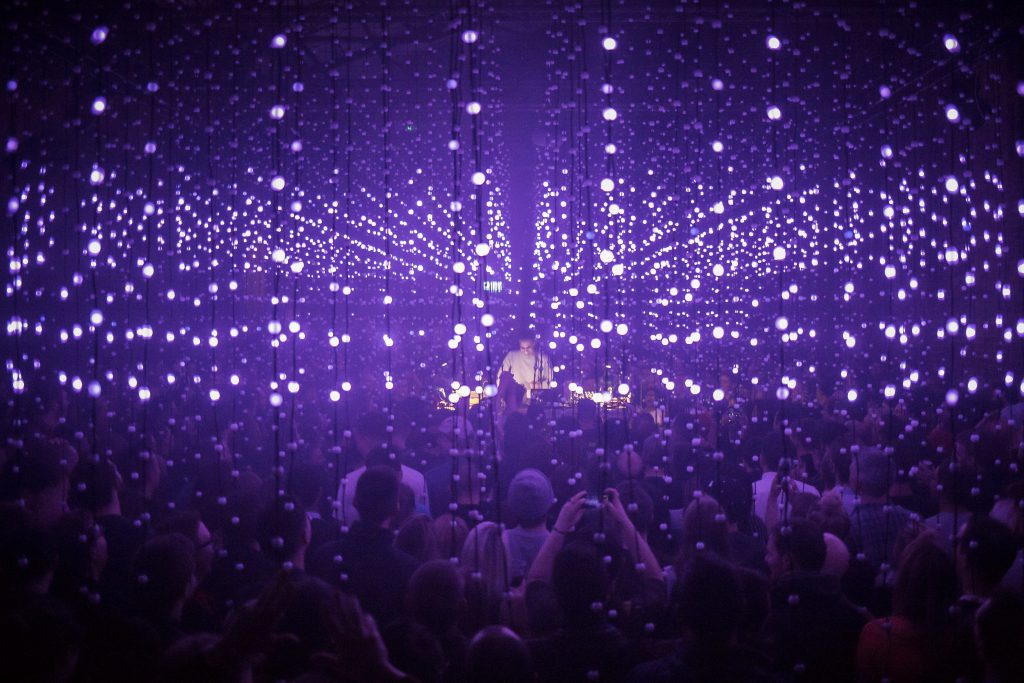 Now possibly one of the most hyped bands in the last two years, we move on to the mighty IDLES, who played VU back in 2017. The sold out show was just as ferocious as expected. That’s one show we feel honoured to have hosted within our four walls. 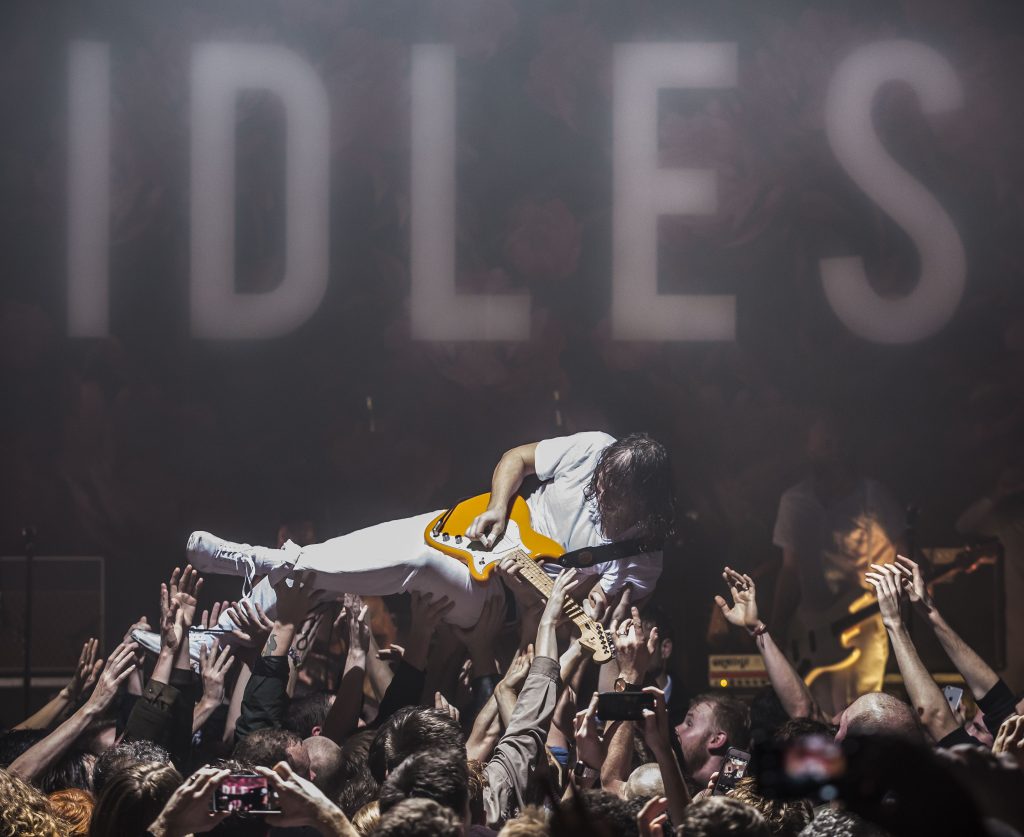 Charli XCX visited our warehouse in 2018 after the release of her mixtape ‘Pop 2’ and brought an array of special guests with her including Raye, Rina Sawayama and Dorian Electra. The night was full of glittering left-field pop, adorning fans, and belting sing-a-longs.

Destroyer (another who visits us again in 2020) was a stand out show of 2012. As expected, the night was full of beautiful music and extraordinary saxophone sounds, which brought a few of our staff members to tears. Truth.

It’s no coincidence that one of our most beloved shows of the decade took place on Valentine’s Day. In 2013, Dan Deacon asked us if he could form a human chain with the whole audience, not in the venue but outside around the whole building; and of course we delivered. Here’s the evidence to prove it. 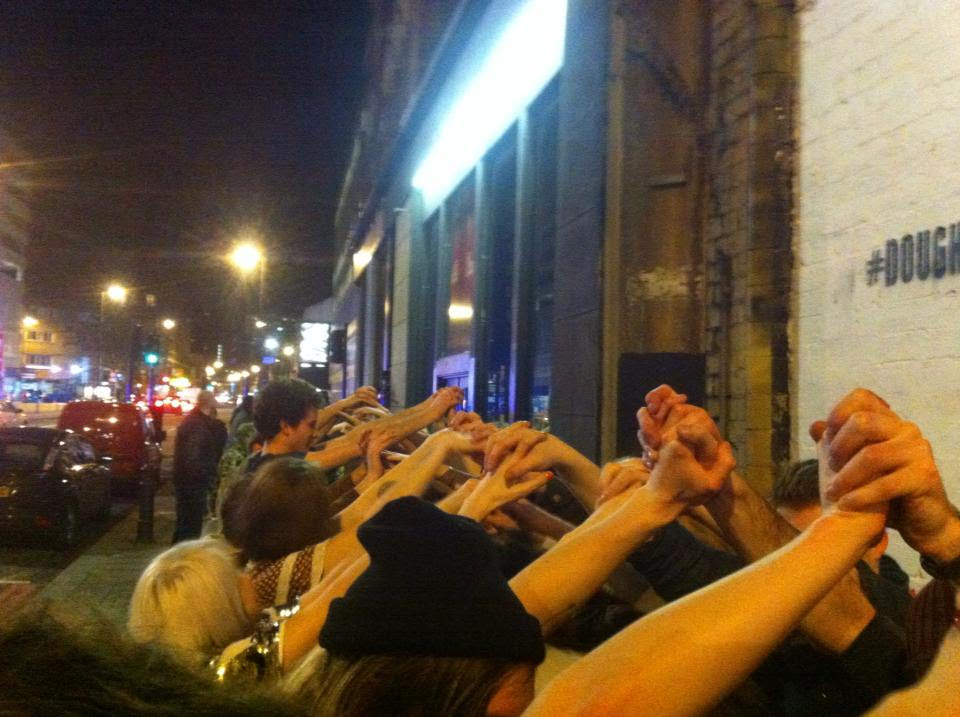 Superstition have been providing us with 5 years of colossal techno shows, so we really have to give them a huge shoutout. Superstition consistently bring the crème de la crème of techno to VU, and have created a really loyal audience who are the backbone of VU’s identity. We’ve had sets from techno wizard and Detroit’s own, Jeff Mills, who has transcended us through time and space on more than one occasion.  DVS1’s iconic all nighters have also been an incredible way to see out each year and are becoming a staple in VU’s Superstition programming. A night we look forward to each and every year which really show off his vision as a DJ. 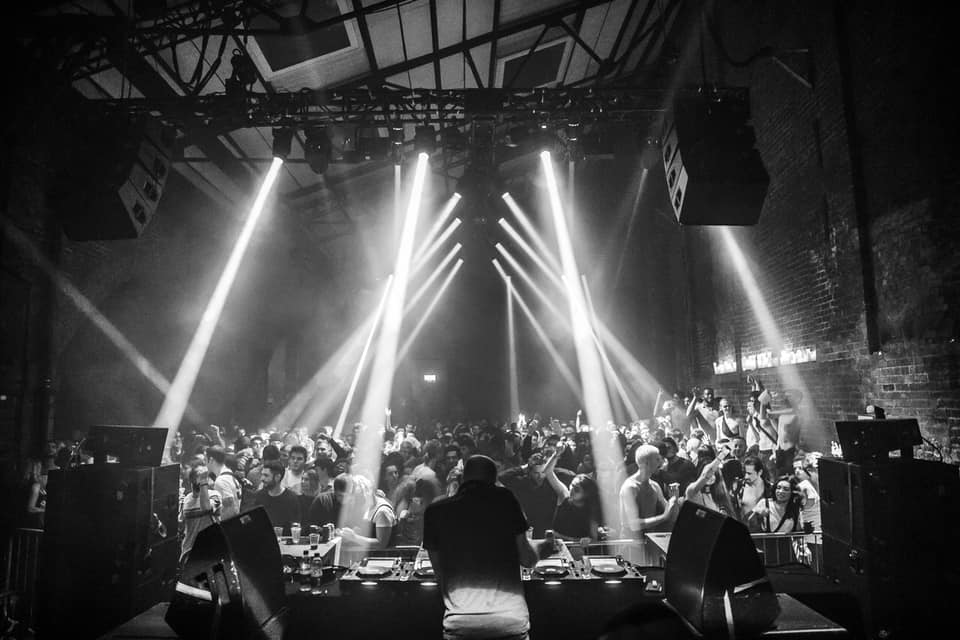 This one is a little different – in 2014 we had a corporate private event with Virgin Airlines, to present their new uniforms which had been designed by Vivienne Westwood. Blondie was invited to play, and it was Debbie Harry’s birthday that day too. We were honoured to have an icon and legend on our stage. 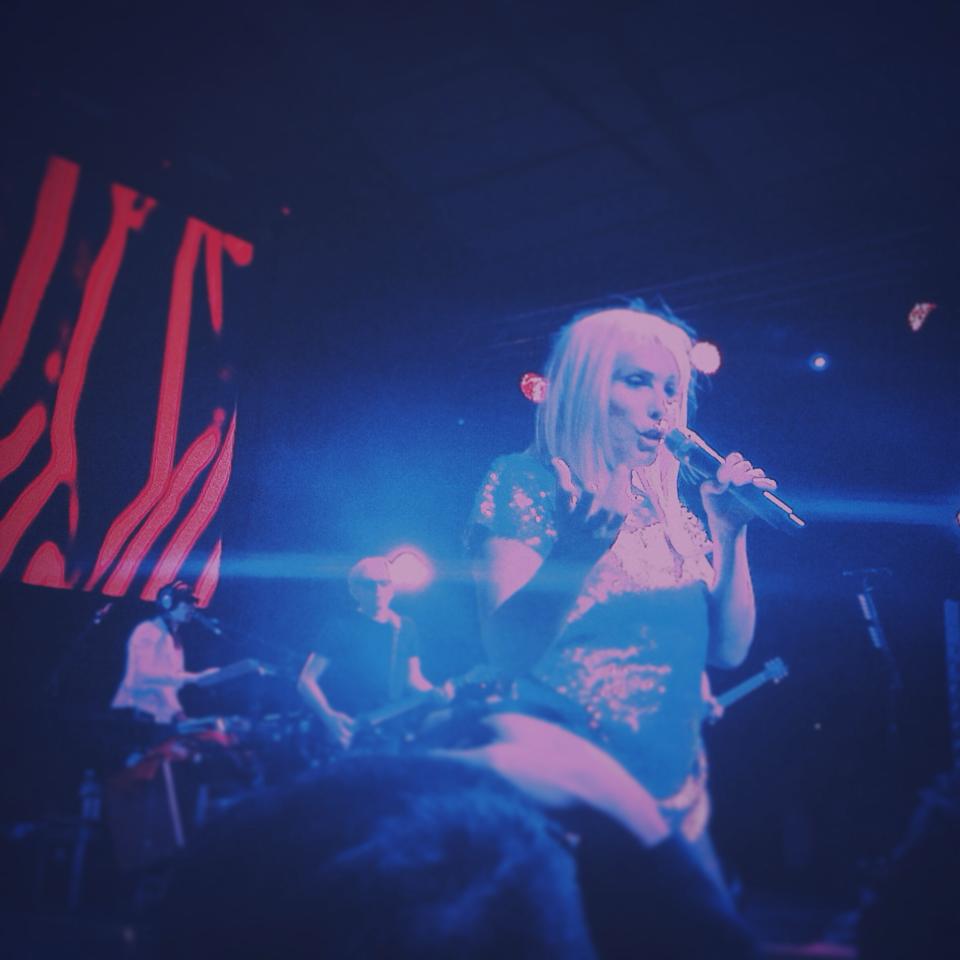 In 2011, The Maccabees did an underplay before releasing ‘Given To The Wild’, which was intimate and buzzing with high energy. Long live The Maccabees, how we miss you so.

Another showcase for new material that’s worth a mention is Alicia Keys’ show in 2016. Whilst treating die-hard fans to tracks from her upcoming album, Alicia Keys also took to the time to highlight upcoming British talent, with special guest appearances from Nadia Rose, Lady Leshurr and Wretch 32.

Another one for 2017 (what a year that was), was two sold out shows with Playboi Carti. There was stage diving and crowd surfing from Playboi Carti himself, plus with AJ Tracey as support, how can you even top that? 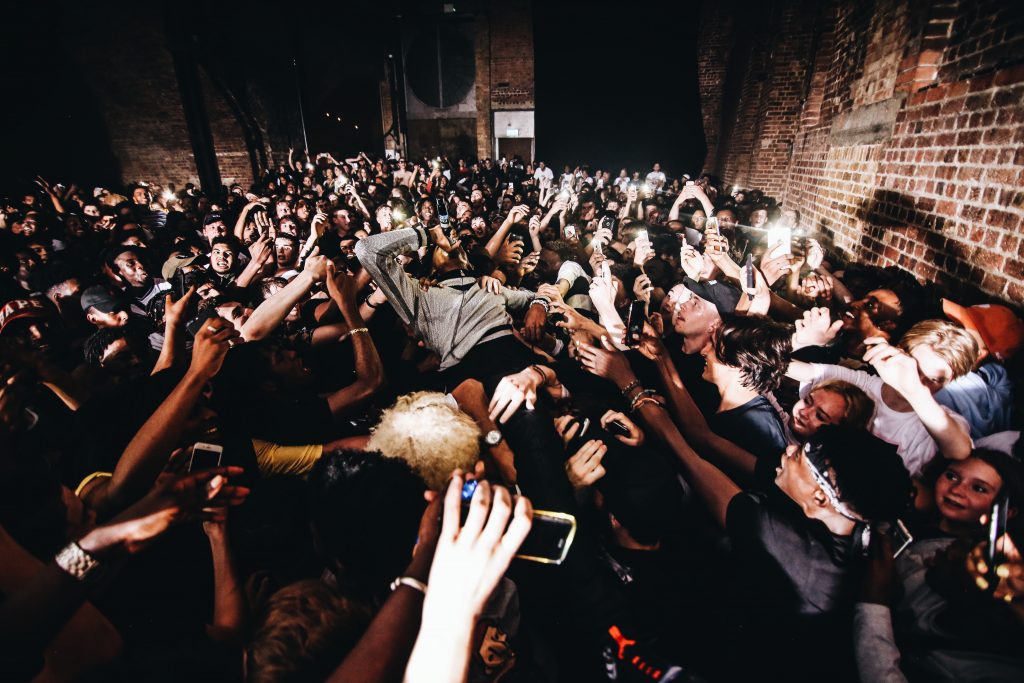 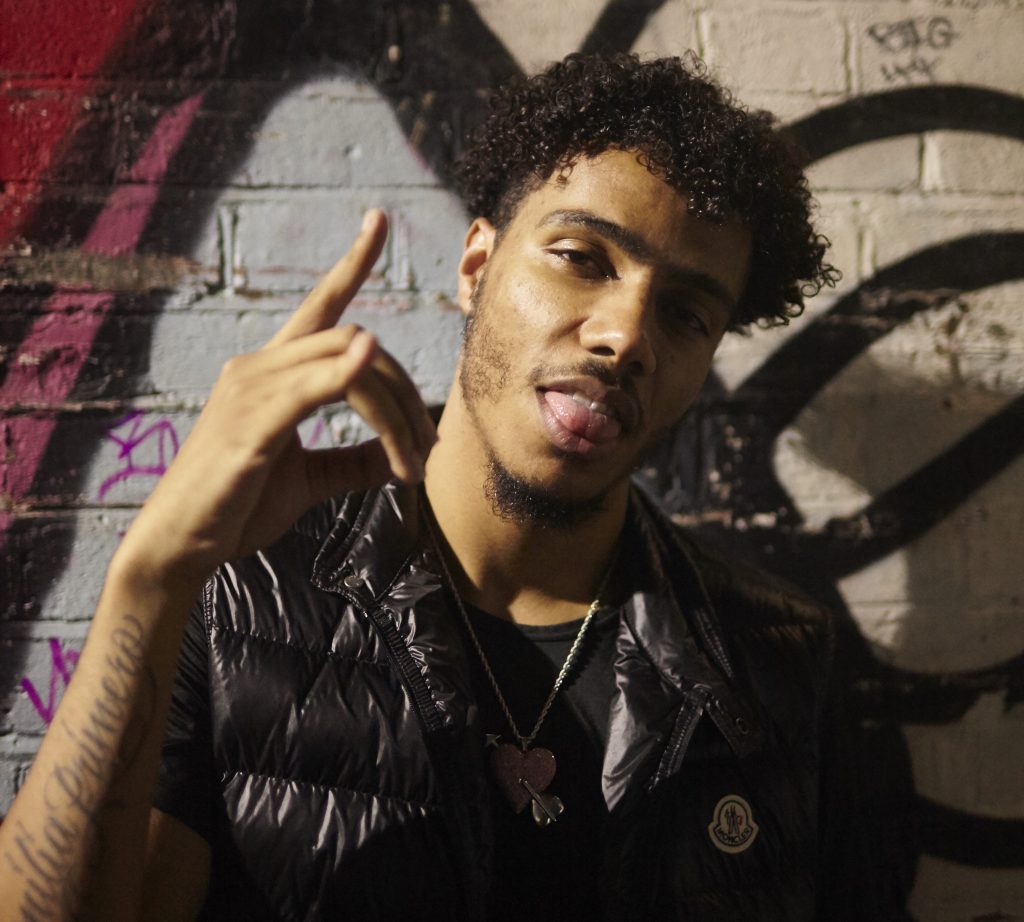 Bringing it forward to 2019, we had two sold out shows from Californian pop-trio MUNA. Being the first live show since their album was released, this one deserves a special shout out. It was incredibly moving to see our warehouse packed with women and LGBTQ+ community, who shared a euphoric space that had been carved out especially for them by a band they adored. 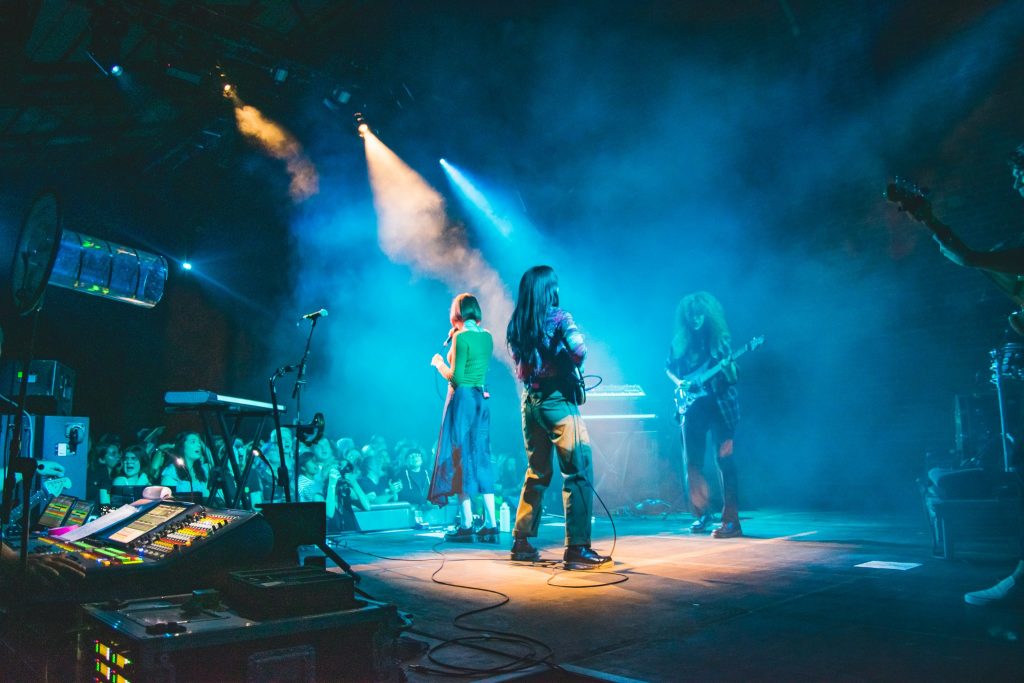 We’d love to hear from you…

Feel free to show us some love and tell us your favourite shows from the last decade over on Facebook, Twitter or Instagram. For now, thanks for the memories 2010’s, we can’t wait to see what the next decade brings and to share more experiences with you.