A THEORY OF EVOLUTION WITH VESSELS’ MARTIN TEFF 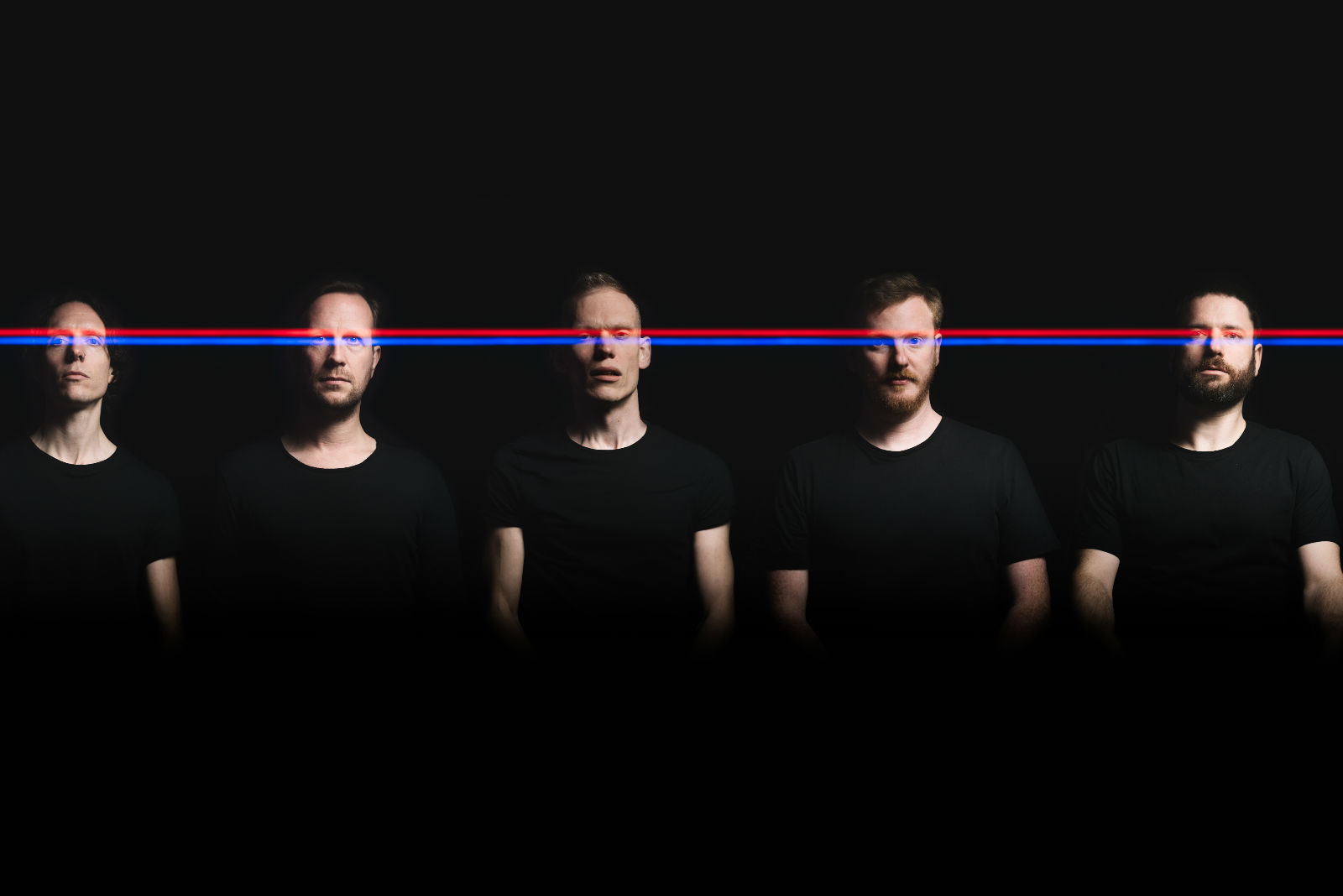 For their third album Vessels have seemingly morphed from rock band that was influenced by dance music to an electronic band that is capable of performing live – with two drummers. Straight after their performance at Village Underground as part of Convergence, Dan Davies caught up with guitarist and now techno DJ Martin Teff about musical movement.

DD: I wondered first of all, whether you were a bit like me and you were guitar-raised as a teenager, and then you discovered dance music?

MT: Yeah, I mean I used to be quite into loads of metal, up until the point I got to university. It kind of continued but I had this, dual thing of getting into dance music from the age of 18. I think that applies to most of us, if not all of us in the band. We definitely arrived at university, discovered partying and spent lots of times in loads of clubs.

DD: It was also the communal experience of clubbing at that time and everything musically being quite open. Was that where you broadened your horizons, even if you don’t split it up as either rock and dance… did you find it kind of levelled the playing field?

MT: There was an openness and the community spirit that happened back in those days- the drugs definitely had a part to play in that as well as various other things. But I think back to the kind of things I’m into now and to some degree when you’re younger, you tend to be more open to things. Then you spend a few years deciding what you really like, and then focus some more on those when you grow older.

DD: Was the move from guitars to drums a line-up decision or was it a taste thing?

MT: I guess it was just a natural evolution. We decided certain things that helped that process to happen, but I don’t think we necessarily had a clear and distinct vision of what it would end up being. I think at the same time, we were getting slightly bored of post-rock / math rock kind of music. I think we started to feel that we didn’t have as much to add to those things, as maybe other people did. At the same time I think we got a bit tired of dragging round huge amps everywhere – so there was a conversation around downscaling our set up and being more practical about things we’re going to use, and actually what’s happened is we’ve got not as many big amps, but loads more other stuff! I think the main thing is we were all, to various degrees, listening to electronic music and it just felt like that was the thing we wanted to do more. You can kind of hear the same band, in the new stuff, but I think – we’ve been listening to a few different things and also just wanted to make a bit of a change in the stuff that we do.

DD: How do you resist the urge to get stuck in a- pre-patched kind of stuff when you come to do it live- what keeps the live element going?

MT: We pretty much try to think about how we would do it live when it’s being written, and occasionally that also gets forgotten. Usually, Lee will write about twenty synth parts that no one would ever be able to play unless we got another fifteen people in the band or something, and basically what we then tend to do is to go back to those tunes and figure out how we’re going to make them work in the live session, and usually that means the vast majority – 99 per cent of it is still played live. There’s a lot of looping of different parts so you can have multiple things running at the same time,  very occasionally we have to rely on something else to get us through, but it’s almost always played live – and I think having the guitar and the bass in definitely gives it a kind of organic kind of sound. It definitely has that kind of live-ness to it.

DD: Let’s finish off with the live set up you did here. How did the visuals come about?

MT: That’s Lee who’s the main songwriter, he’s friends with a sort of professor in Bristol, who was working on the Vectrex hacking image stuff and so we just decided to collaborate and do those visuals for the video and live show.

Vessels at Convergence 2015 by Antonio Pagano

DD: Do you all DJ, or will you be doing the majority of the DJ? Or do some of the members of the band take more time on the decks that others?

MT: It’s mainly me and Lee, and then Tim’s kind of showing a bit of interest at the moment- Lee’s been DJing and doing his own solo dance music for quite a while and I’ve been getting into it in the last couple of years, so we DJ with Kiasmos on the Friday of Convergence.

DD: I guess you’ve played festivals before- but have you done anything like this where you’ve done something live and then DJ the next day?

MT: We did a DJ residence at a night in Leeds but so far the DJing’s been more like parties with friends and stuff. Although Lee’s done some cool stuff in Berlin and Barcelona, but doing it as a Vessels DJing thing is a new thing we’re focusing on and we’re pretty excited about doing the Kiasmos thing.

Taken from second night of Convergence by Carla Cuomo.

Having conquered Convergence, Vessels will be performing at Latitude Festival in July alongside a handful of festivals across Europe this summer. Catch them on the road, or pick-up their remix of Rival Consoles’ Recovery, out now on Erased Tapes, a pretty enticing meeting of minds.