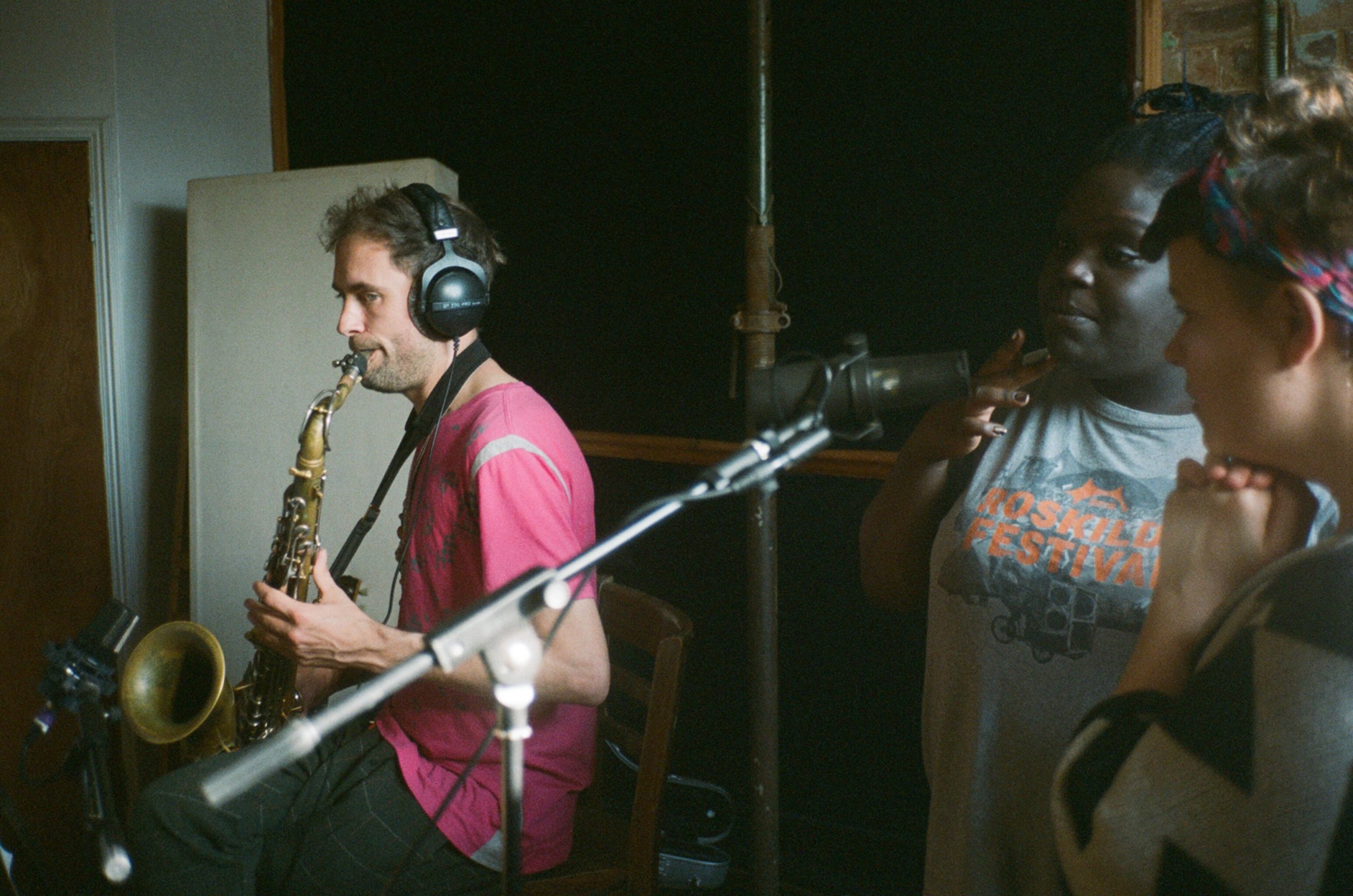 London-based spoken word artist, writer, and saxophonist Angus Fairbairn, aka Alabaster dePlume, is headed to VU this May for the album launch party of Gold.

Recorded across just two weeks at Stoke Newington’s Total Refreshment Centre, Gold used a different band for each session, with the tracks mixed by different producers. Ahead of his show here, we caught up with Alabaster to find out more about his unusual, instinctive process for the album. Photography is by Michael Chestnutt, who took these analogue film photos during Gold’s recording. You can follow Michael’s work on his Instagram, @chestynutt.

Of course, we need an aural element to learn more about Alabaster, so he’s also made us an entrancing Spotify playlist full of sparks of inspiration and insights for his album. Listen in below, while you spend a few minutes winding along a journey with this VU Meets…

VU: Reading about the process of creating your new record, Gold, there are many aspects to how it came together – can you talk us through why you chose to have different bands for each recording session and different producers to mix each track?

ADP: If we know that someone else is going to play the same tune again tomorrow, then we might enjoy each other more, because we’re a little bit less distracted by the idea of “getting it right”. And then – after two weeks, I’ve recorded a whole load of different bands (to a click track) and I can play them back at the same time, and mix them in different ways. Also – I love bringing players together, it’s something I enjoy, so for that primary reason I did it a lot. It was convenient for me that this resulted in creative abundance in the session. 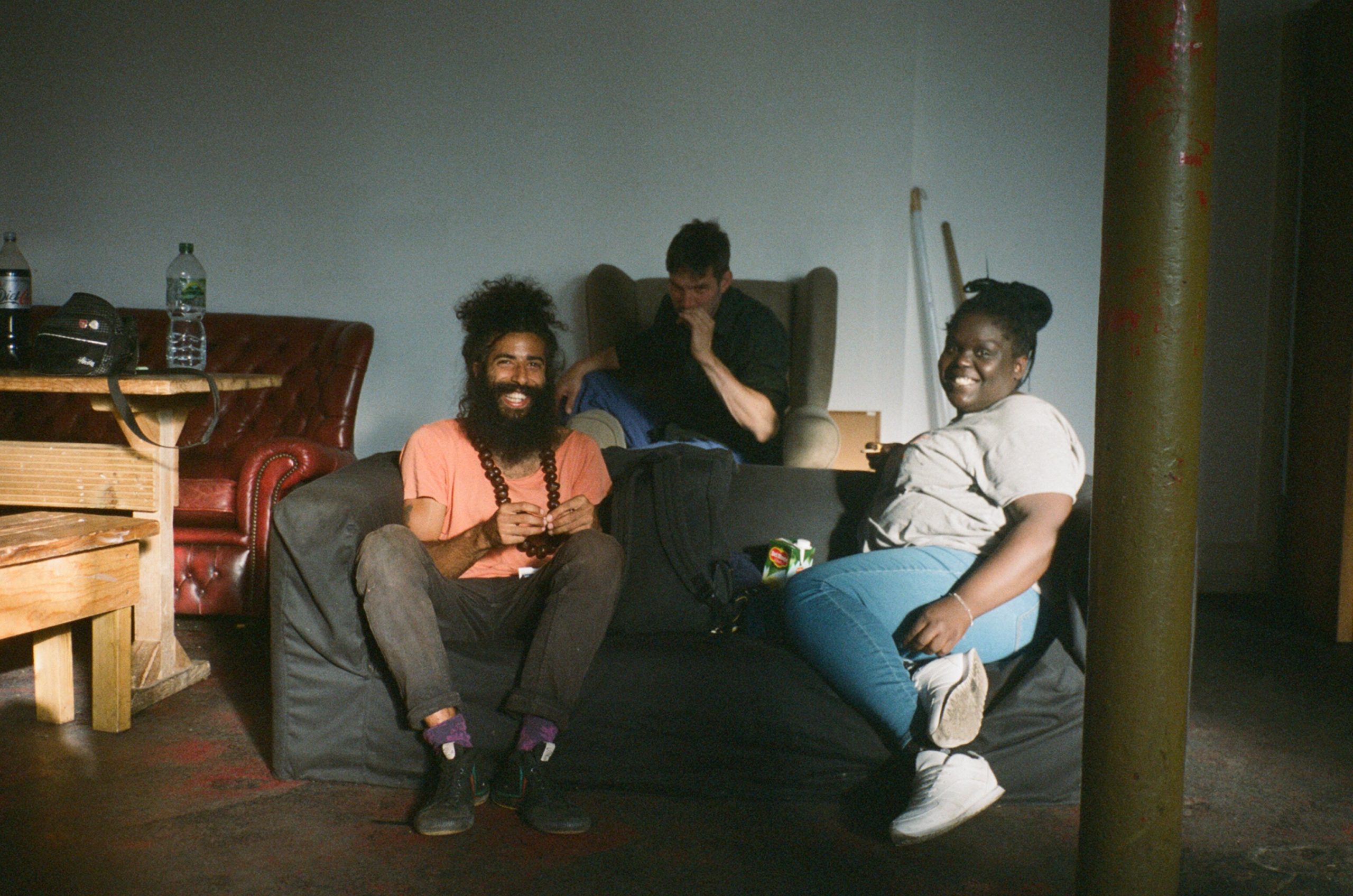 Your music is full of collages of sound and beautiful layering. Take a track like Mrs Calamari –  how do you sense what kind of instruments you want to be incorporated?

Thank you! I am not sure. Instruments and tunes are lovely and very interesting – but they’ll never be as lovely or interesting as people are. So I tend to book my players primarily based on who they are – and how those people will interact, and how they will be playful with the material and each other. The instruments and tones etc can be arranged in a way that complement each other – but my first thought tends to be about personalities.

They also each sound so instinctive  – how do you know when a track is ready to record?

Preferably I don’t. I mean, if I bring tunes that are incomplete, then it leaves room for the players to tell ME how my tune goes. And this in turn means that those players, those specific individuals had to be there, for us to make what we made. They had to be themselves. And that is at the core of what I want to do. That’s the only way I know that I’m not contributing to the dehumanising of people – I only know that in those moments where my work both welcomes and requires the people who are there. And this includes the audience, at shows.

It is a similar feeling in a social situation, I find. I wonder if you know what I mean. When we are nervous or afraid, we feel like presenting ourselves as 100% complete, presenting no flaws or missing parts whatsoever. And this means that there is no room for the person we are talking with – they bounce off. They are not needed in there. We are fine. Instead, I want to present myself as incomplete. Because I am. 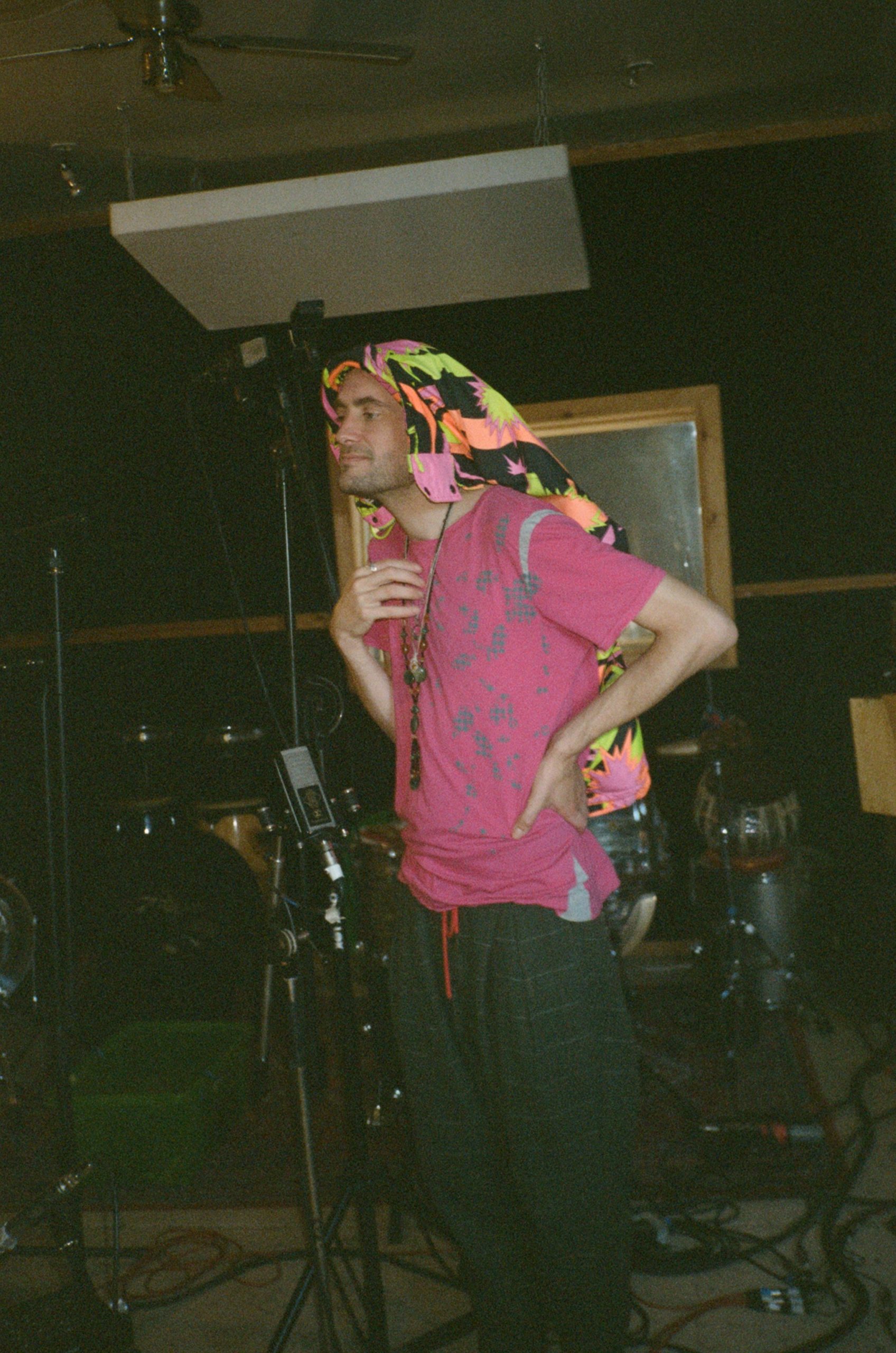 In a Guardian interview from 2020, you said the gap in the festival season that year meant you’ve been able to focus on your creativity. What’s that been like for you, to have time to develop aspects of your practice?

I might disagree with myself and tell myself – no, Alabaster, you don’t need to ‘have’ the time to develop your practice; you don’t need to be ‘given’ it by someone or something. You make the time to do what you choose to do – don’t fob me off with excuses about external factors. You of all people, with the gifts and opportunities you are blessed with – you surely know that you are an adult, who makes their own choices about their time. So really I am responsible for how I choose to spend my time.

But, you ask me what that’s been like for me, and it has been incredible. The way that people have responded to my music these past two years, the depth of emotion, has been almost too immense to receive. I didn’t know how to respond, and so I responded by making more, by being more myself, and working to be more honest and open in what I do. 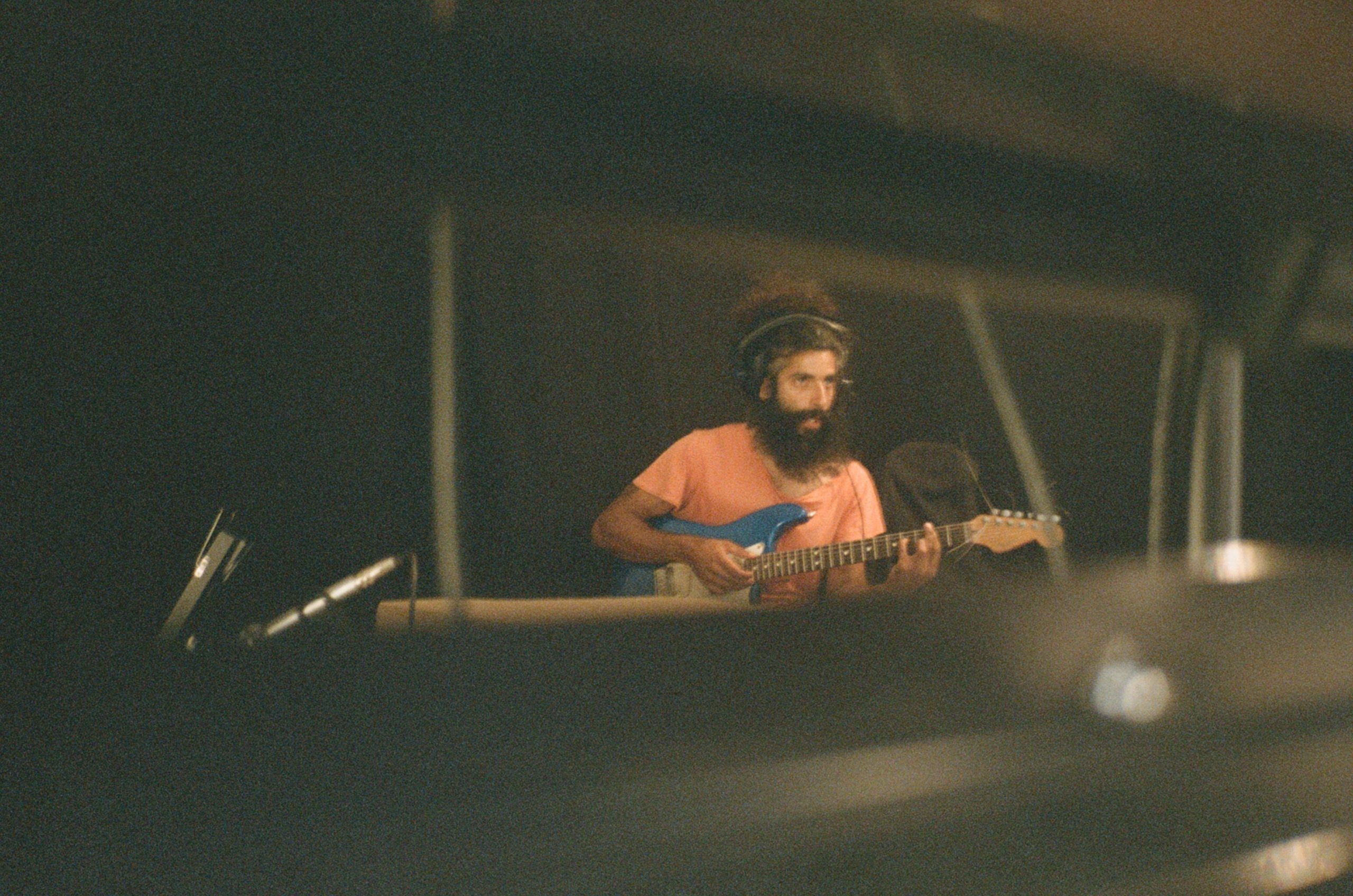 You moved to London seven years ago – how did you come across Total Refreshment Centre (TRC)? Did you have it in mind when you were initially working on Gold?

Not in my mind, but somewhere in me it seems familiar. When I came to London I was very lucky, because I was too poor for my own studio. This meant that I needed to share any studio with at least two other people. And it was one of those two people (a character called George Lazenbleep) who found the TRC for us. It was obvious that the TRC was the place to have a studio, because of the way that people were treating each other there. It’s the best place in the world. Come and visit us. 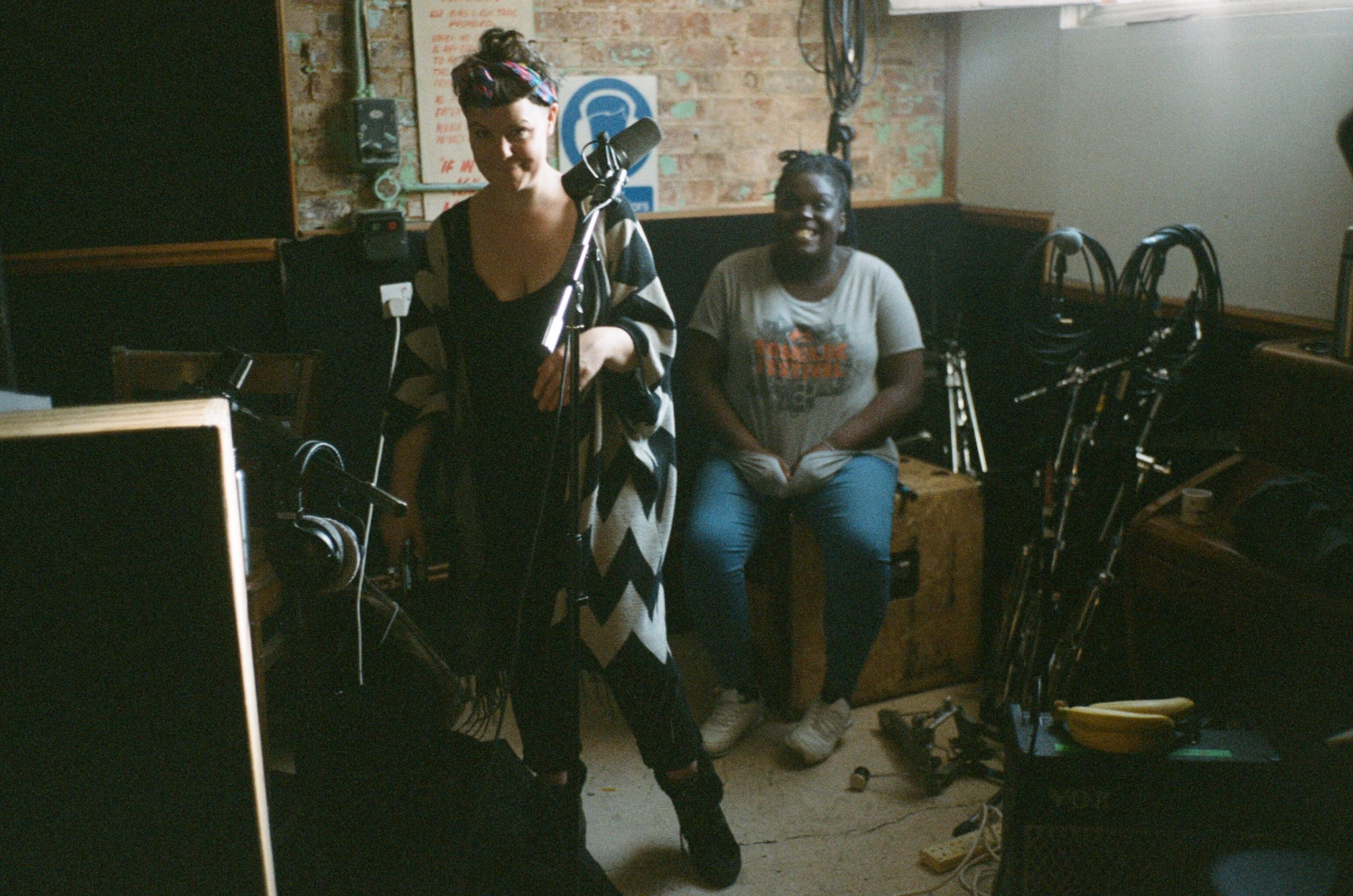 Realistic Behaviour is your live show on Worldwide FM, where you invite musicians to create original music live on the radio. Do you have an idea of how the session will flow, when you start recording? It must feel incredible getting to host a meeting of minds and sounds like that – do you have any stand-out sessions?

It does indeed feel incredible. I don’t have a ‘conscious’ idea of how the session will flow, but I have a responsibility to find my enjoyment of the creative output of those people, and express it with them. And every time I do it, it becomes more natural to be this way, and even has an effect on the way I behave in life in general. As for stand-out sessions, recently we’ve been talking about making a compilation of some of the many wonderful original creations, but I don’t feel like listing any favourites right now, I hope that’s ok, I’m so lucky to have shared every one of those moments with those wonderful people. 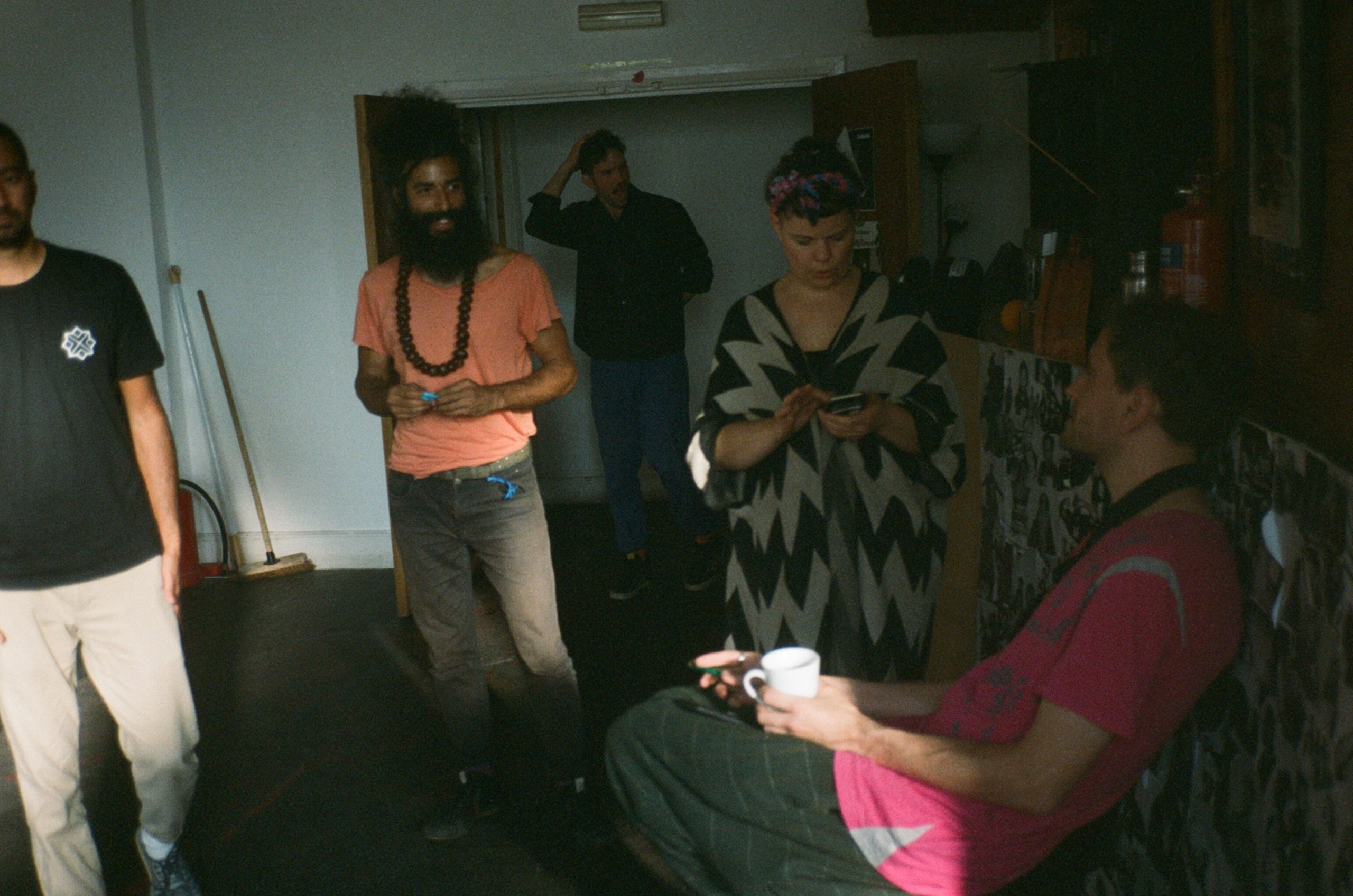 VU: Are there any pockets of this city, or groups / collectives/ artists you’ve been inspired by recently? Or – it would be great to hear about collectives and groups historically that also inspire you…

A team that did me a lot of good in Bristol that later became known more officially as Bloom collective, are closing down one of their bands recently. Daniel Inzani who made an album with me, Conrad Singh who plays on Gold in fact, a band called the Evil Usses, Leonie Evans. I used to go to Bristol years ago when another creative community (that certainly had no ‘name’) empowered me to become more myself as an artist. Emma Harper ran a pub there, where I connected to storyteller Wilf Merttens (who has since done exceptional work with children in my videos) and others like Nuala Honan, and who came to Manchester to launch my first album Copernicus in 2012. If they had not been who they are, and welcomed me and inspired me, then you and I would not be having this discussion all these years later. And we didn’t call ourselves a ‘collective’, but we were certainly devoted to each others’ work and development. We don’t always realise it, I think, when we’re in what people might call a ‘collective’. I was recently in LA where Carlos Niño (who was curating my band there) and Scottie at International Anthem introduced me to a wonderful community around a show called Floating, where the people just naturally seem to treat each other with grace and love. It was a wonderful thing to see. 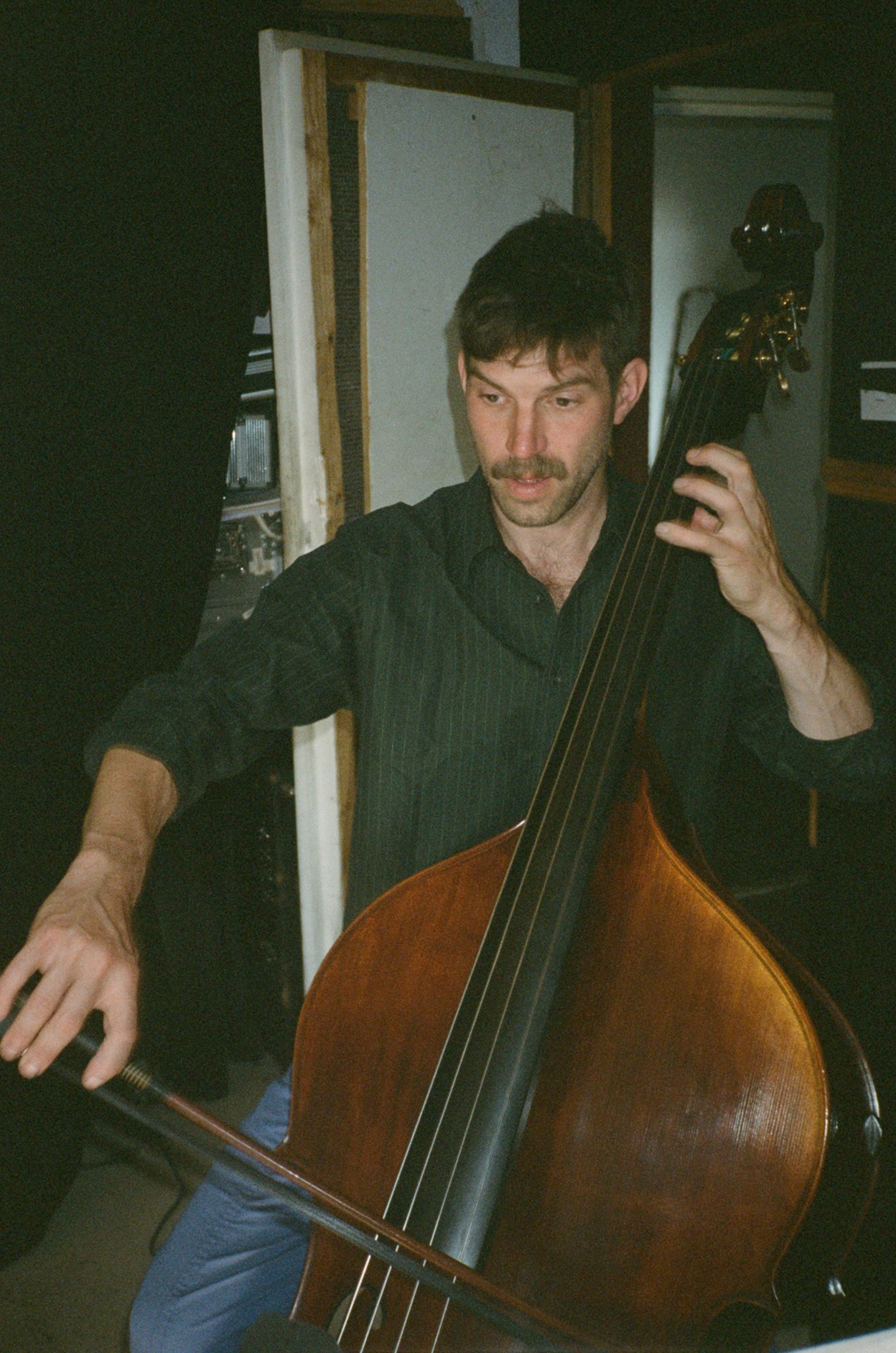 Finally, can you talk us through some of your choices for your playlist? What’s the track you’ve known for the longest? What’s the most recent discovery? Do any have distinctive memories attached to a track?

Vladimir Vysotsky was a Soviet-era bard and poet, who opposed the Soviet state in the 70s. It was dangerous for him, because the state saw his popularity as a threat. He was like the equivalent of Bob Dylan there, except that his politics had different consequences for his life. He sings with a rough voice, but his words and the truth behind them are such a deep inspiration to me. So much that I learned to sing his song Koni Priveredlivye (Capricious Horses) in Russian, once. In that song someone is riding these horses, whipping them to go faster, but at the same time begging them to slow down – and this is how I feel we live our lives, whipping them to go faster, but begging them to slow down.

After that epic session recording Gold, I left town with someone very important to me. We went to Stroud for a week and didn’t respond to any messages or work. We hadn’t planned to stay so long, but we found that we couldn’t leave. There was a hillside, and some sunshine. I think that’s the last time I really rested like that, it was October of 2020, nearly a year and a half ago. While we were there this person introduced me to this song Obatalá by Meta Meta.

Thank you so much Alabaster for such interesting answers – we can’t wait for Gold’s launch. Book tickets here.