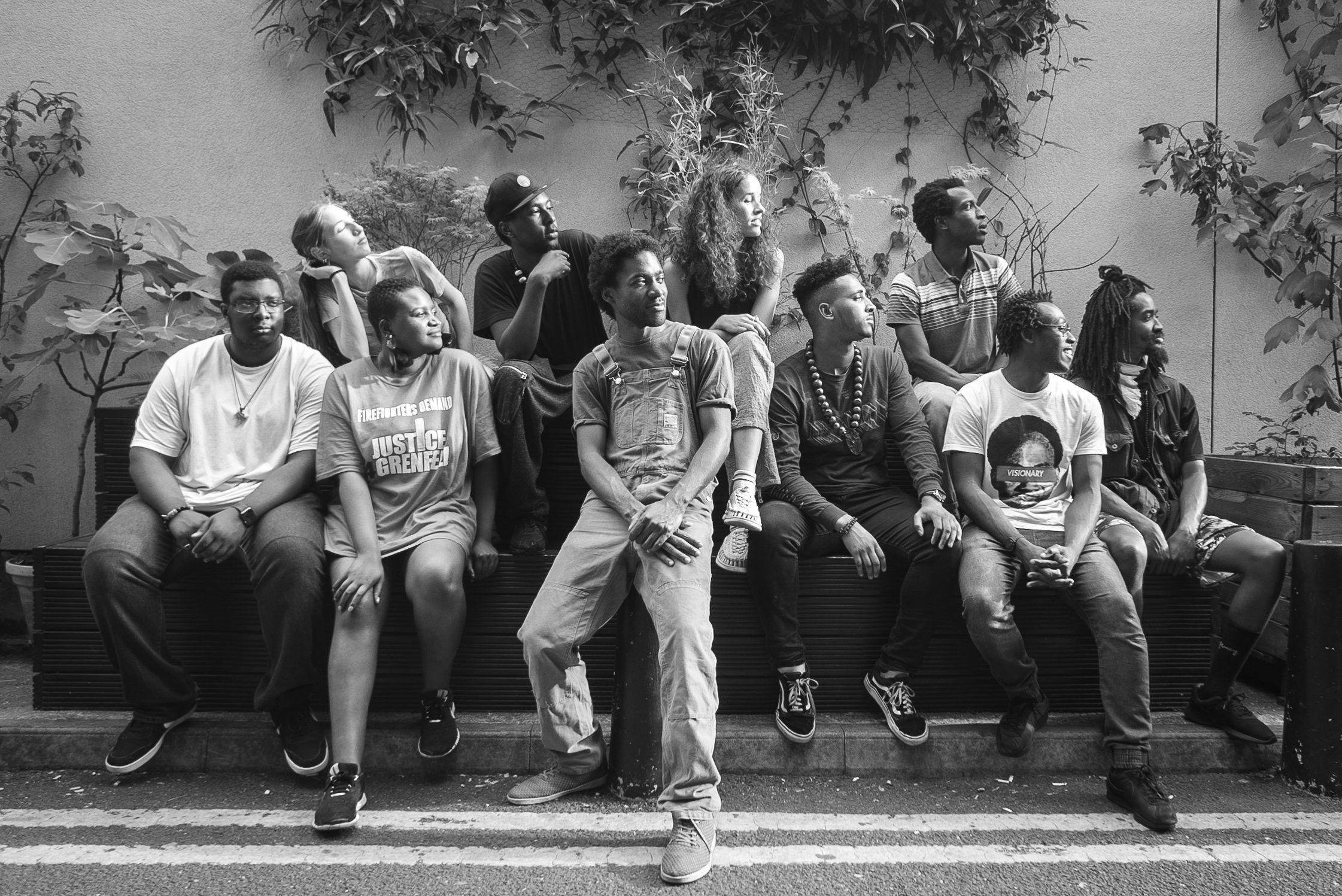 Kicking off our VU Meets… series where we catch up with artists coming up in our programme, we chat with Steam Down – a genre-defying arts collective comprised of Ahnanse, Alex Rita, Brother Portrait, Sawa Manga, Theon Cross, Nadeem, Benjamin Appiah, Dominic Canning and Nache. If you’ve already seen them live (check our video) or via a friend’s Instagram Stories you’ll know their sets equate to full-on dancing, healing vibes and the kind of atmosphere it’s hard to translate to words.

How would you describe your style in three words (resisting genre labels)?
Transcend Spirit Liberation.

For people coming to see you live for the first time, what should they expect?
Energy, compulsory engagement whether you choose to or not. Be ready to join in and be a part of it because Steam Down is as much about you as it is about the music we bring. You have to experience it to know it, it’s not just the song on the record.

What is your proudest achievement?
Bringing people together to share the music with us through our weekly sessions last year. So many magic moments. Music is a gift and we are merely vessels for it to come in to the world.

What’s your favourite part about making music?
The feeling of find something new that you really vibe with and expands your thoughts and perspective on things.
The space where your heart and mind open up and ideas flow through. Some musicians call it streams of consciousness.

What’s your least favourite part?
It use to be practise but that’s a meditation now. Currently spending to much time in planes and not enough time with people but it’s worth the sacrifice for now.

What music/artists do you like to chill to?
At the moment H.E.R.

Have you ever seen anyone at VU? Who?
Yes I saw Daedalus with his crazy mirror show and monome box that controlled his whole electronic world.

What’s your pre-gig ritual?
It’s pretty simple we just have moment of silence together and someone will say some words. Some times a meditation if things have been tense before.

What are you most looking forward to this year?
Bringing people into the world of Steam Down, most people think of is an band or event but it’s really a gathering point, creative community, it’s bigger than just the music.

Outside of making music what other creative outlets do you have?
Life is creativity so all of life has its spaces for creative outlet. There is creativity in relationships, building your career and life path, none of us know really we just decide to do something and then somehow it manifests. The problem is having the tools to express your creativity. That’s where discipline and practise comes in. For us that’s in music it’s a commitment. Music is just the way we share an aspect of our creativity.

Book tickets to experience Steam Down live at VU on 24 April.