Corralling the previous year into any kind of linear narrative was always going to be tricky.

As Charlie Brooker pointed out in his ever-excellent Wipe round-up last week: at the start of the year a puddle in Newcastle made the headlines. By the end of the year, the news became so saturated by tragedy that in a suitably Adam Curtis-appropriate move, people were blocking any mention of ‘2016’ from their timelines. You could almost feel the collective wince each time a celebrity’s name began trending. 2016 became a spectre even the best memes of our generation would struggle to encapsulate. 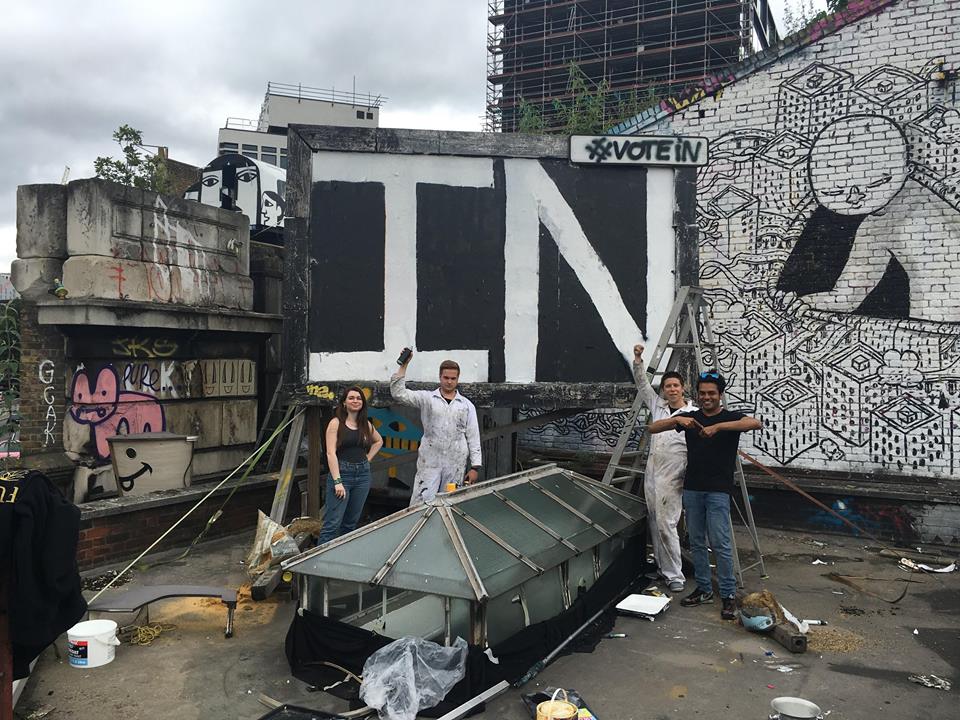 Just to make sure it was clear…

We lost some true mavericks that the world is a darker place without, and allowed others to take power in a way which has led to some much-needed soul searching across political parties, generations and backgrounds. To say the least.

But hey (you know what’s coming), it wasn’t all bad. Really, it wasn’t. And right here at Village Underground, we were lucky enough to witness the ascension of some of the most promising artists for years to come. So enough with the cliches already. If the fall-out of 2016 has taught us anything, it’s that we should champion those shining lights while they’re still around to hear it. Especially when they’re called George Michael.

Here’s how the year went down at Village Underground, with favourite moments added in from our team…

Jim English, Marketing Manager picked out A Tribe Called Quest, We Got It from Here… Thank You 4 Your Service, saying it was “An amazing all round record and the welcome return of Busta Rhymes!?”. It was actually a bit of a team favourite – Dan Davies, Editorial Director added: “De La Soul came back pretty strong this year but fellow Native Tongues crew members seized the Afrocentric staff. Q-Tip still sounds like a spritely child and it’s great to hear Phife one more time it’s also encouraging to hear people like Busta Rhymes, Andre 3000 and Kendrick Lamar continuing the line.”

Jim also went in for Run the Jewels, Run the Jewels – “The opening line of ‘Picture this I’m a bag of dicks, put me to your lips” and Show Me The Body, Body War– “It’s like Death Grips that you can listen to at home.”

Meanwhile Laura Killeen, Private and Branded Events Manager, had to give snaps to Queen B’s surprise release: “Beyoncé’s Lemonade all the way”, while Dan found Nick Cave’s Skeleton Tree “[the artist’s] most personal and at times heartbreaking [music]“.

Special mention to Kate Tempest’s Let Them Eat Chaos, which Dan also described as beating the singer’s debut: “Kate tells one poem over the length of the album, a sort-of Under Milk Wood meets the apocalypse – and if that doesn’t sum up 2016 I don’t know what does.”

In spring we hosted another incendiary Convergence. The music, arts and technology festival had some stand-out shows taking place across London, and we were lucky enough to have the opening party happening right here at VU. The Gaslamp Killer delivered a double whammy in one evening, with The Gaslamp Killer Experience, followed by a club night into the early hours. Ahead of the shows, Editorial Director Dan Davies was lucky enough to catch him on the phone early one morning in the hills of Los Angeles for an interview. You can catch it here. Convergence’s first Artist in Residence Dan Deacon also features heavily in our team’s favourite memories from the year – Editorial Assistant Ava Szajna-Hopgood picked out his show here as one of the best gigs of 2016: “Midway through forming a dance off for a packed-out venue, Dan instructed us: “This side of the room is dancing as if all the money Jurassic Park generated went to building public schools”. Of course he probably meant state schools but taking that assumption into account… if Dan Deacon were a church I’d go every Sunday.” Dan Davies also got to chat to the man himself while he was over for Convergence- it’s one of our fave VU interviews of 2016, and you can read it here. 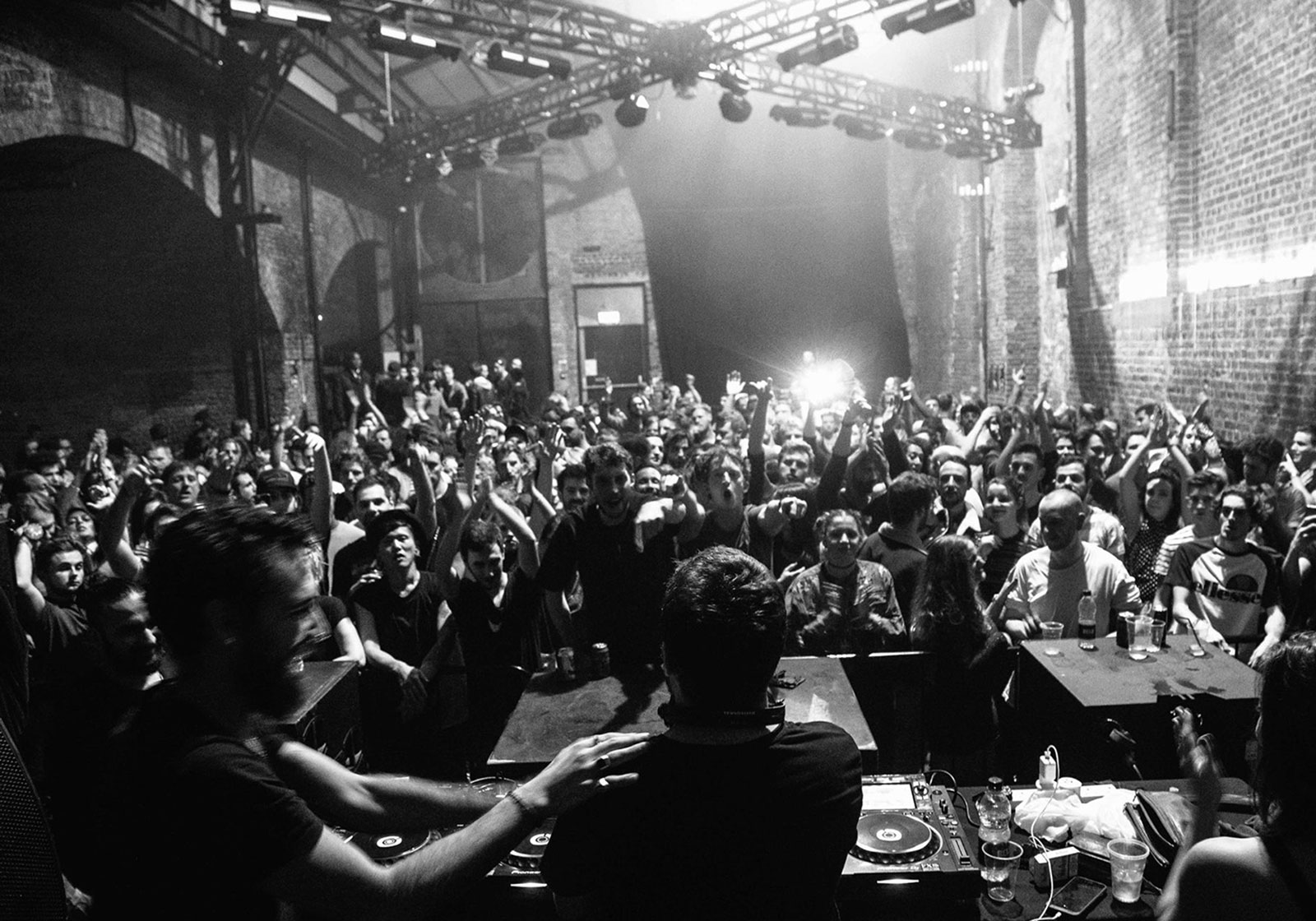 Photo by Antonio Cavalieri of DJ Tennis killing it at Superstition

Alongside Convergence we’ve also seen another series of incredible programming from Superstition come through our doors, who by the end of 2016 had also added the superb disco-focused party Black Magic Disco Club to the line-up. Highlights from the Superstition programme this year include Dave Clarke, Tale Of Us, DJ Tennis and Counterchange. Click on each artist’s name to read up on reviews and links from those respective nights. 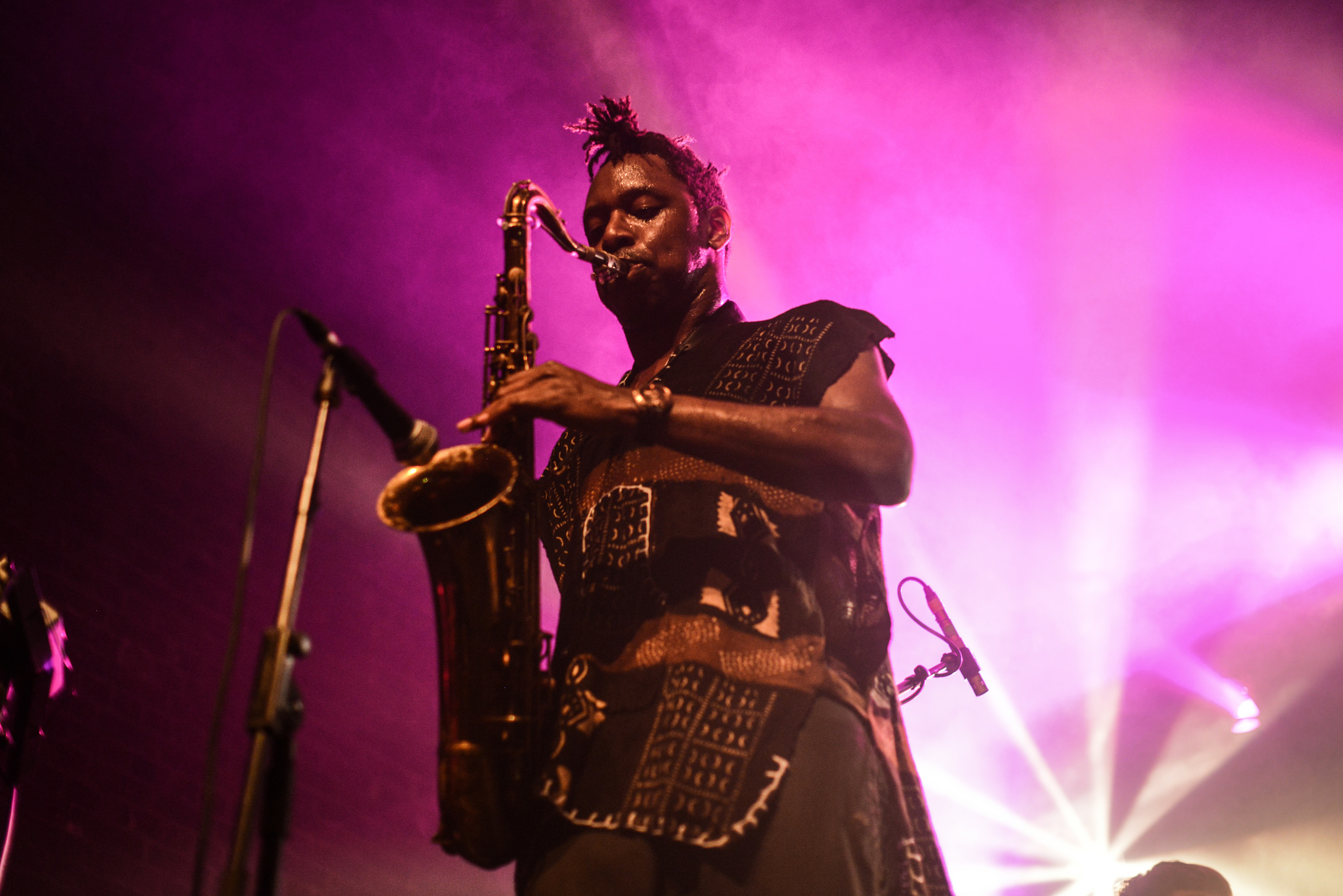 Photo by Chiara Melchior of Sons of Kemet

Best gig of the year?

Rob Elliott, Lighting Operator: “The level of production this year has been awesome – Sons of Kemet really stands out, as does Quantic Soul. Ed Harcourt bought the apocalyptic vibes and Holy Fuck had a very different way of delivery a live set.”

Amelie Snyers: “Sorry independent artists and producers but Alicia Keys was the best gig of the year – if not the best gig I’ve seen at VU. The second best gig of 2016 has to be !!! at the Convergence Opening Party. YES. PLEASE. It couldn’t have been more fun and their Stereolab tribute band and Nic Offer’s French accent were on point.”

Romilly Martin, Managing Director: “The Kills – without a doubt. Massive crush on both of them. Oozing sex appeal on stage. And as for a favourite gig that I didn’t actually go to – Section Boyz. This was a show I skipped for one reason or other, and then Drake only goes and shows up as a surprise guest after hot-footing it from his performance at the Brits. Gutted to have missed it, but immensely proud of the team for rolling with the moment, and keeping it safe and under control, whilst the crowd hit the roof.” 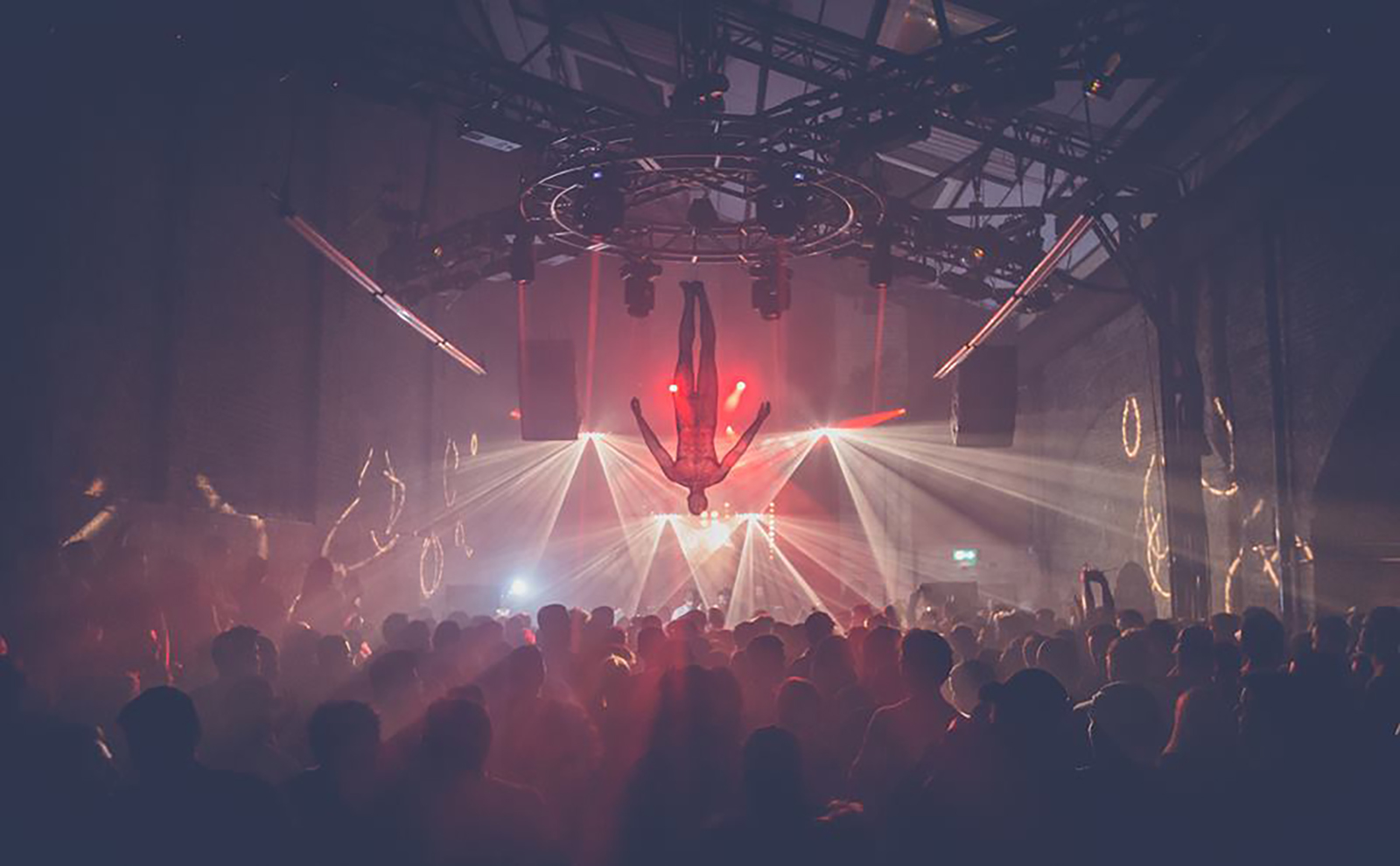 AS: “Superstition presents Cómeme last June. Everyone needs a bit of Matias Aguayo in their life and Borusiade was really excellent. There were a lot of backstage antics which I can’t quite remember but they’re always the sign of a good night.”

Katharine Khan, Business Management : “Afterlife in Ibiza. It was absolutely the most fun night of my last 10 years, it was weirdly clean and weirdly uplifting. I was so proud of Lewis Howell (Lighting Design) and Jorge Nieto (Music Programming), not just for their success but for their participation and standards and enthusiasm and I could go on and on but I won’t because I know it MEANS NOTHING to them haha – anyway I felt truly lucky to work for VU and to be able to dance the night away in the lights (made by Lewis of course) of their success.” 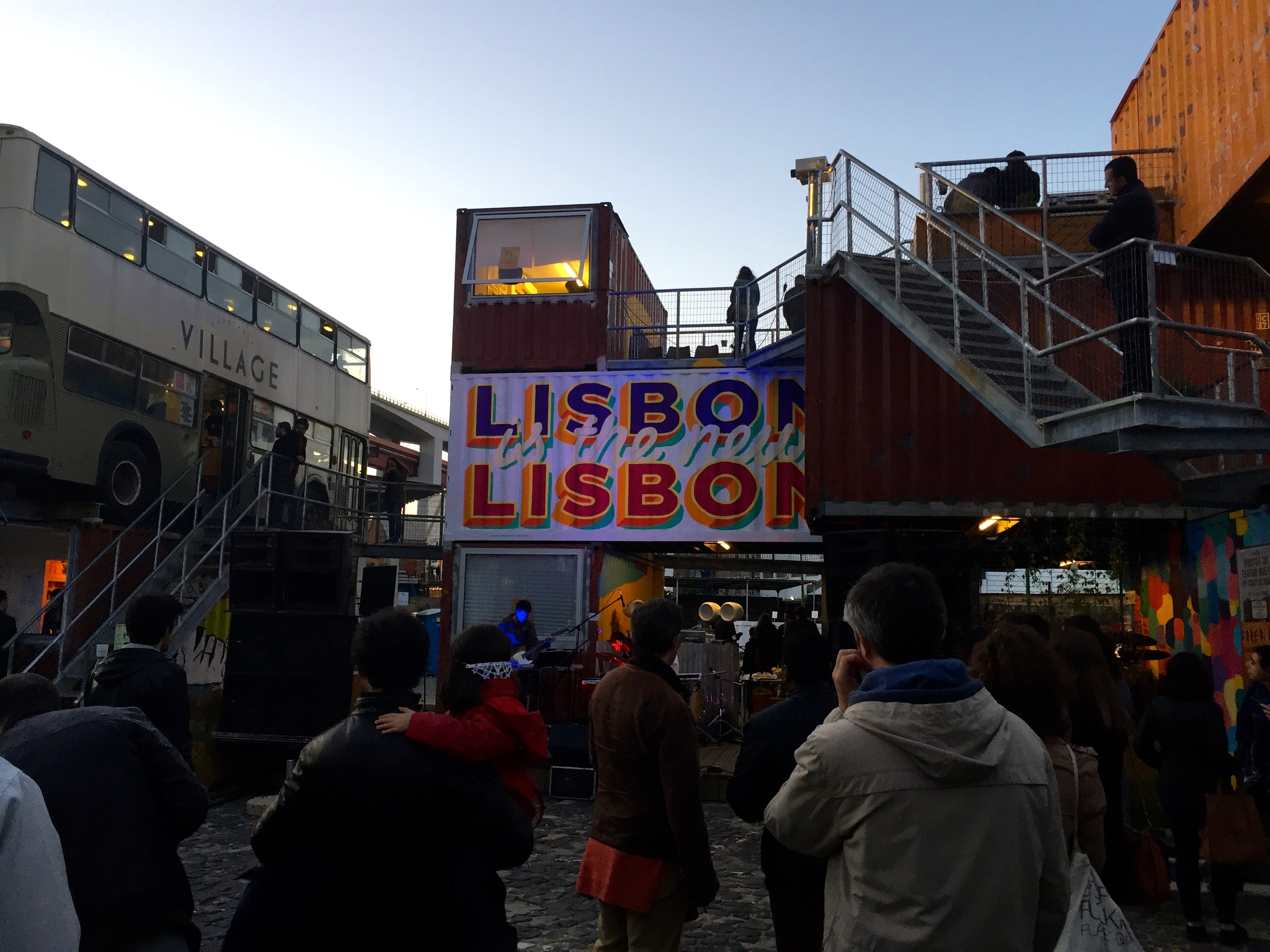 ASH: “Yeah, the VU Lisboa birthday party was a stand-out. It was a lot of fun arriving in Lisbon to find half the extended VU fam partying in a converted double-decker bus in the old tram station of the city.” Photo by Dan Whiteson of Life Drawing classes at VU

We also dipped our toes in a few new things this year, and laid the groundwork for those in 2017. Favourite new thing we tried? Romilly says it has to be life drawing:

“We’re about to do our third one next week, I’ve been stoked at how well received these classes have been. Dan Whiteson, the teacher, was an absolute find – he uses the space, the sound system and the lighting so well, he creates an atmosphere that welcomes everyone in. I massively recommend coming along. That, and our new Black Magic Disco Club Night – it was great to see some properly soulful disco dancing and a different crowd to our techno nights. 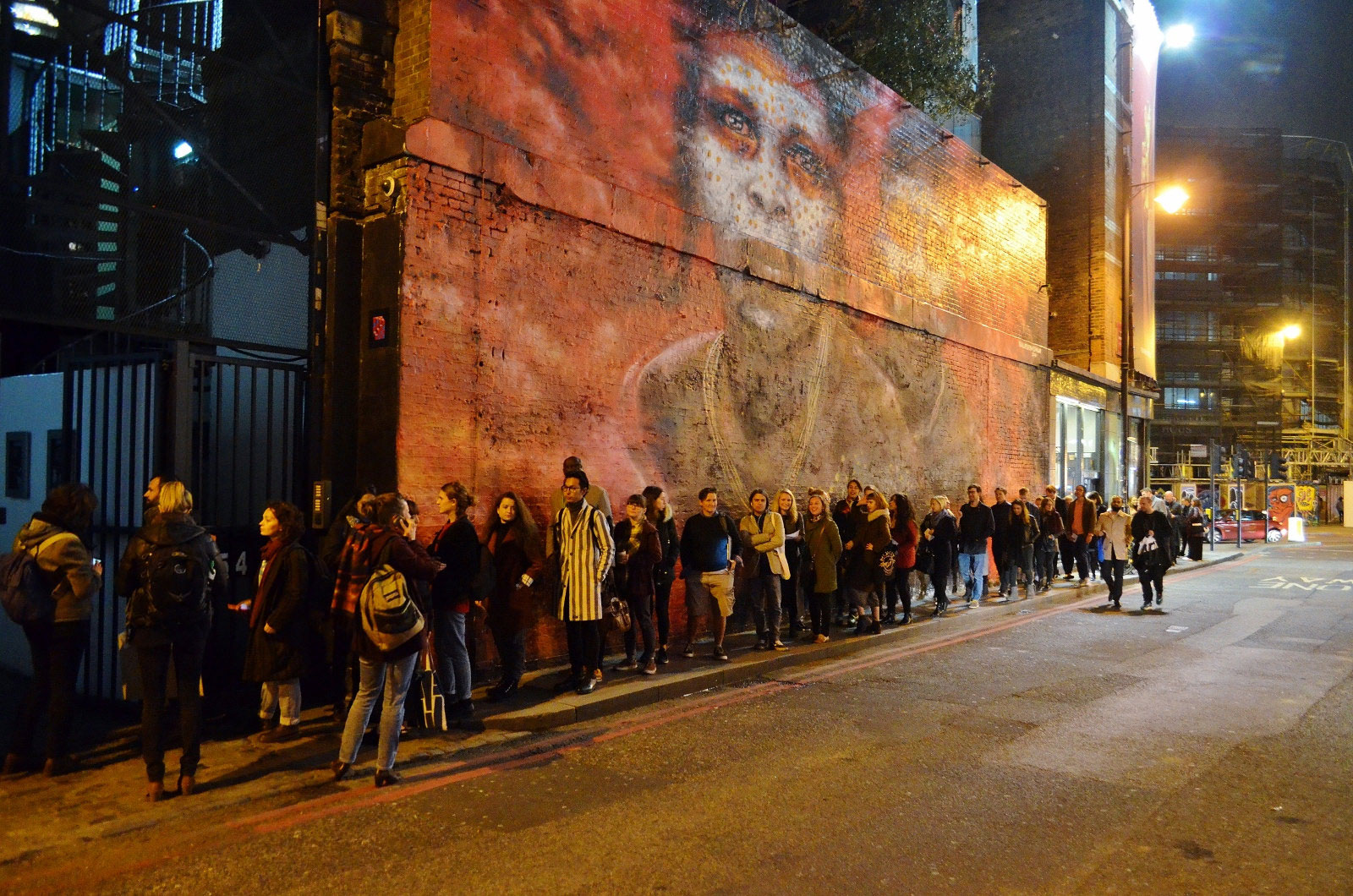 With hopes of a shift in mood for London’s clubs and venues, championing all the things that make places like VU a one-off felt increasingly apt as the year ensued. Alongside celebrating our ten year anniversary, we asked the team about the moments that could only happen at Village Underground:

JE: “The Nao Proposal – couldn’t see The O2 academy allowing that to happen.”

AS: “Two days before Brexit, we painted a huge ‘IN’ on our billboard on Great Eastern Street. It took 20 minutes to get a team of staff and tenants to do it with us – that’s how much people wanted to help. It didn’t stop the majority of UK voters to vote leave, but it felt good to join forces to do something positive about it.” DD: “Death Grips – the venue is just the right size and has the right brooding atmosphere so that everyone in the room was completely energised by the gig.”

RM: “Standing next to Natalie Portman and her husband side of stage at James Blake. I hate myself for the lame-drop, but not that much really ha.” 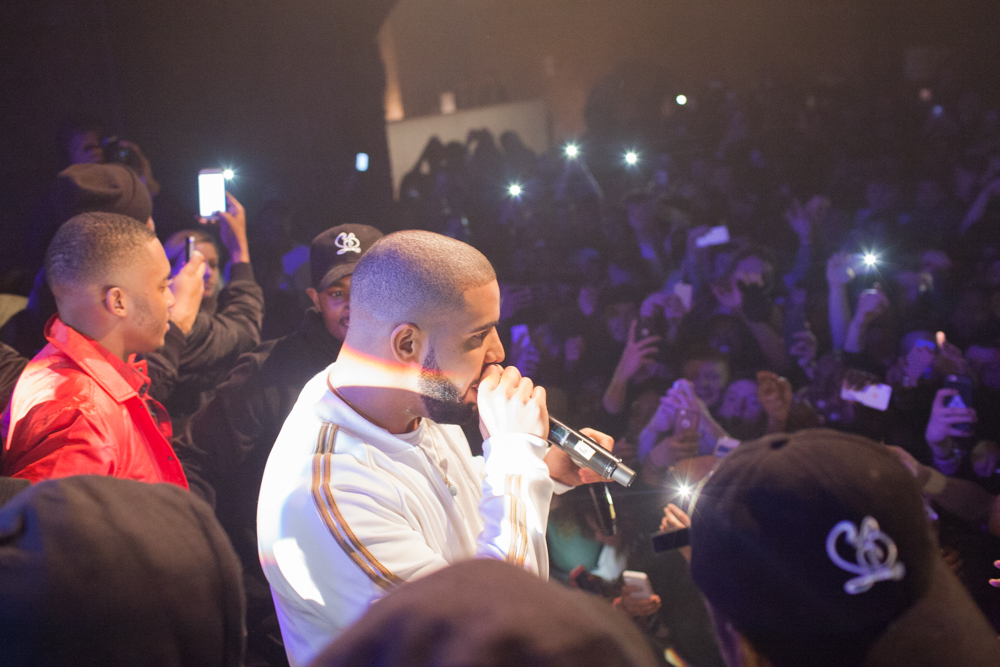 DD: “When Drake, BBK and Skepta came on stage post-Brits at Section Boyz, it was insane and only VU could allow them to turn up and for there not to be a riot.”

RM: “Favourite random moment of the year was definitely being in a country hotel and bumping into Ed Harcourt, chatting about the fact that he’d just played a gig at VU, and ending up getting very drunk together and writing a song about pig balls.”

Who are you most excited to hear from this year? Whether it’s a show or a new release? Why?
JE: “Looking forward to having Deerhoof back in the fold, also looking forward to that Howling show.”

Which nights have you already got in mind? Why?

LK: “Cat and Mouse! It will be great to see a mix of live music, animation and performance in the venue. The piece should bring together some of the things we’re best at, I’m really looking forward to chomping on some popcorn and enjoying the show.”

DD: “Howling and Ame to Ame – it’s all about Frank Wiedemann. And Cat and Mouse -VU’s first in-house theatre production is going to be great.”

What else are you feeling this year? Artist, sound, or anything-wise? What do you hope 2017 will bring?
JE: “A deep, unerring sense of foreboding #FuckBrexit #FuckTrump”

LK: “Just a feeling…I think 2017 will bring the dawn of a new movement within the arts. Whether music, dance, visual art, the written word or theatre, I think the state of the world and recent political swings will cause a reaction in creativity. I’m curious to see how this manifests.”

DD: “I’m looking forward to the new Blade Runner, it’s my favourite film so it’s got a pretty steep pyramid to ascend… I want to see ambient soundscapes come back, loads of strings. I think we all need to chill out this year and have a big collective hug, anything has to be better than 2016’s general vibes.” 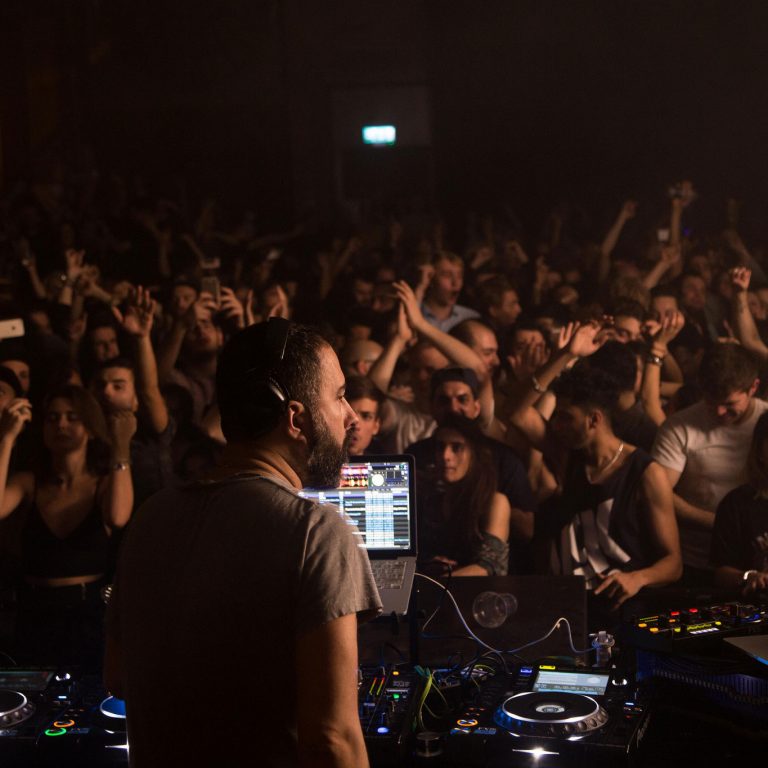 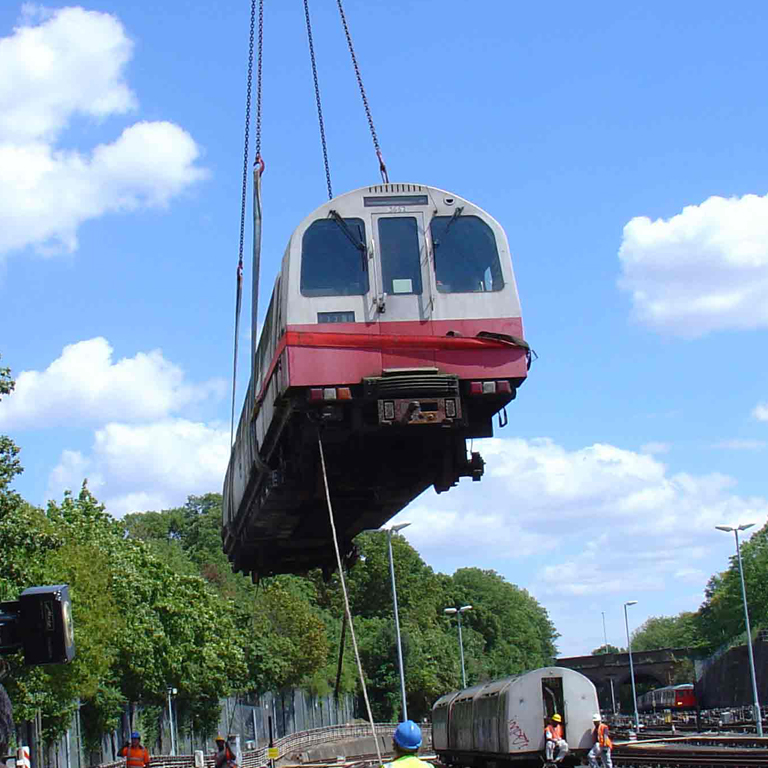