Our Holywell Lane wall is currently emblazoned with an incredible Extinction Rebellion mural created by Jane Mutiny, which forms one of the largest pieces of protest art for XR in the city.

The artwork is based on Jane’s research into animals that are believed to be extinct, and animals that have been ‘rediscovered’ or so-called ‘lazarus’ species, with the mural featuring a prominent Extinction Rebellion sign in the centre.

“On the left side of the symbol are animals which are very near to extinction, the animals in the symbol are already extinct, and the right shows show animals and plants thought to be gone, but are actually still out there in the wild.”

Find out more about Jane Mutiny’s work here and learn about the specific animals featured in the mural via her Instagram, here. 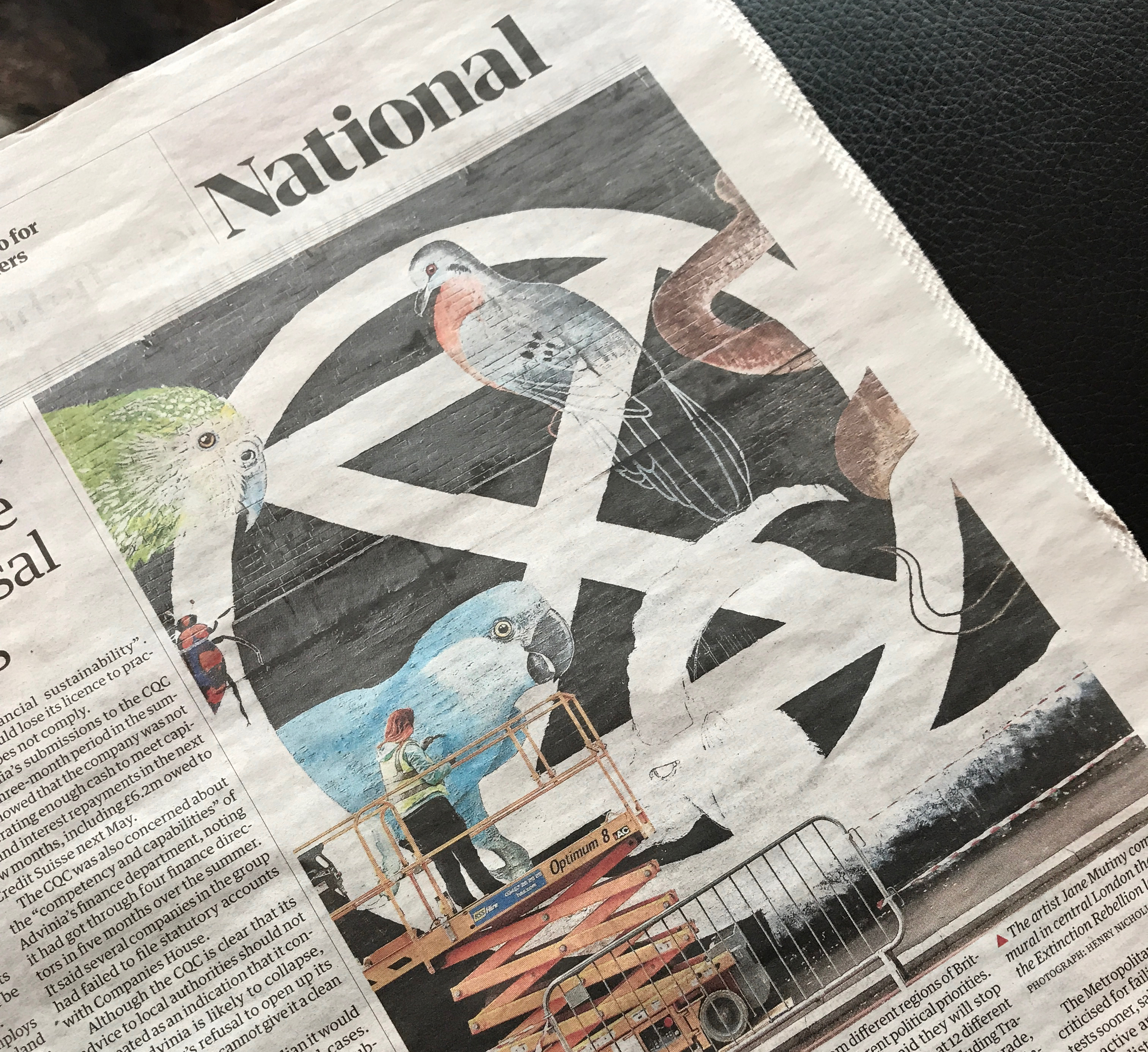 Village Underground is an ecological project and we’re very proud to be able to give Jane Mutiny this platform.

From repurposed trains and shipping containers to reclaimed sleepers, staircases, furniture and flooring, our concern for the environment has guided us since our first days of operating, when we took over a severely derelict warehouse and decided to turn it into VU as we know it today. Ecotricity provides us with 100 per cent green energy and we’re an active member of our local zero-emissions network.

We’ve also joined Music Declares Emergency – a group of artists, music industry professionals and organisations that stand together to declare a climate and ecological emergency and call for an immediate governmental response to protect all life on Earth.

We believe in the power of music to promote the cultural change needed to create a better future.