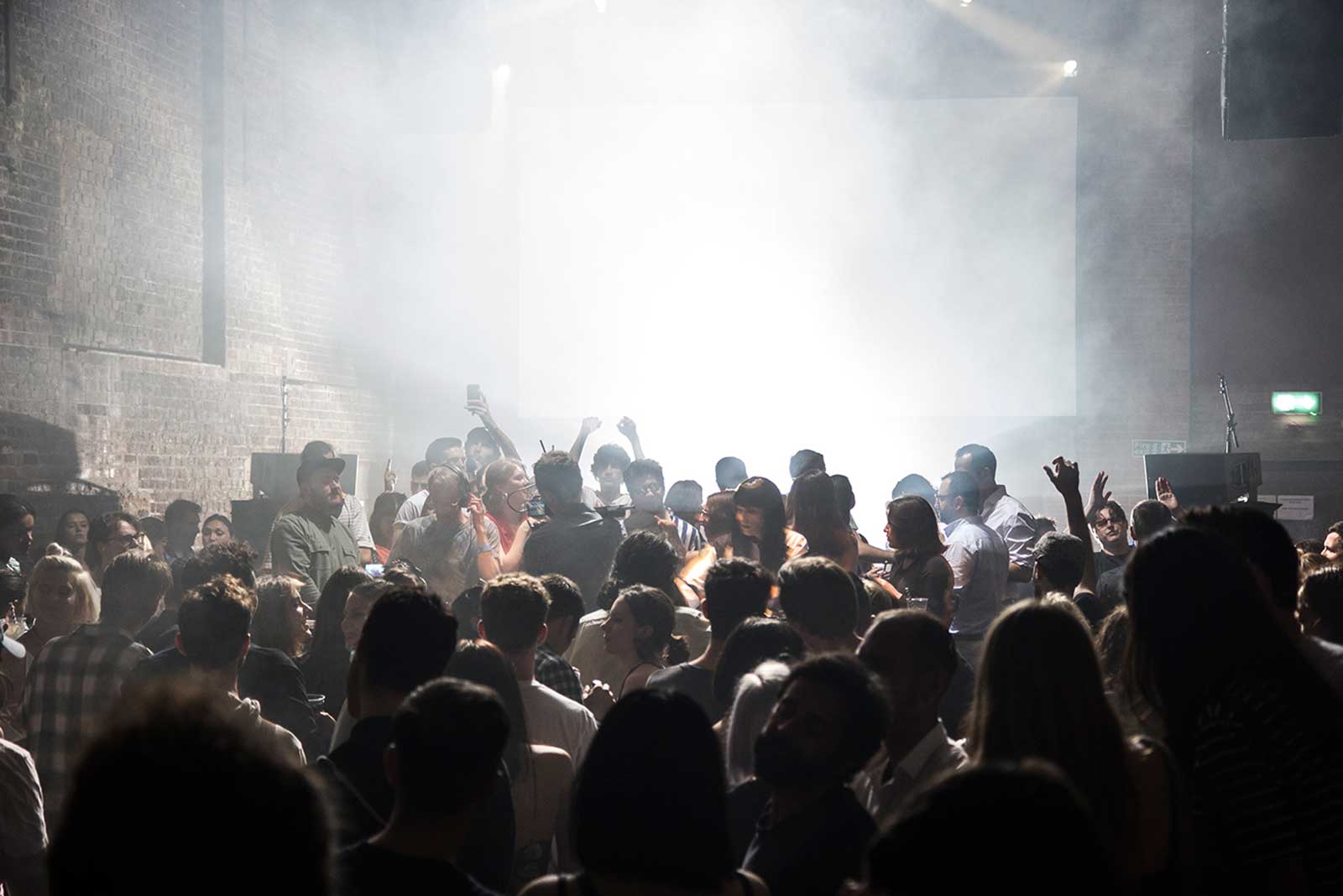 In response to the infamous night life of the East End and its many venues for socialising, Art Night is hosted its first Club Night. Handing Village Underground over to Carsten Nicolai (Alva Noto) in collaboration with Boiler Room for a night of experimental sounds from leading artists

As part of Art Night 2017 Carsten Nicolai (Alva Noto) and Boiler Room collaborated to curate a night of sonic experimentation from leading artists. A rare coming together of leading noise makers spearheaded by Nicolai, it was an all-nighter of audio visual goodness and an opportunity to see a lineup of pioneering artists back to back.

Alva Noto sets the tone of the night with the juxtaposition of ample sounds and minimal resonances, while Mira Calix, Lee Gamble, Nídia, errorsmith, Paul Purgas and rRose all have time on the decks, transforming Village Underground into a form of acousmatic experimentation, superseded with surprise.

All tickets include a complimentary Absolut cocktail. Special thanks to Absolut and Goethe-Institut London for their support of Art Night. 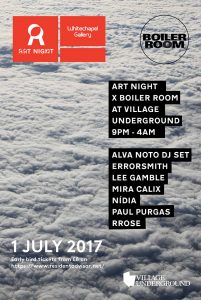 Thank you so much everyone for attending the second Art Night, we had a blast! We would love to hear your feedback:…
View post

Join us today for our Sunday Trail in selected sites, 11am-6pm, and catch the Art Night highlights you have missed!…
View post

Missed the unmissable? Enjoy a Sunday stroll through parts of the Art Night trail from 11am – 4pm. Anne Hardy, Lindsay…
View post

Boiler Room for Art Night playing out in the control centre. If you’re headed to Village Underground please go when…
View post

A co-commission with Art Night and Whitechapel.
Art Night is supported by…
View post

Wondering how best to get to Art Night? There are planned tube closures across the weekend at Tower Hill and Aldgate…
View post

Watch Art Night on Facebook Live from 7pm on July 1. Sharing key moments from throughout the night direct to you in…
View post