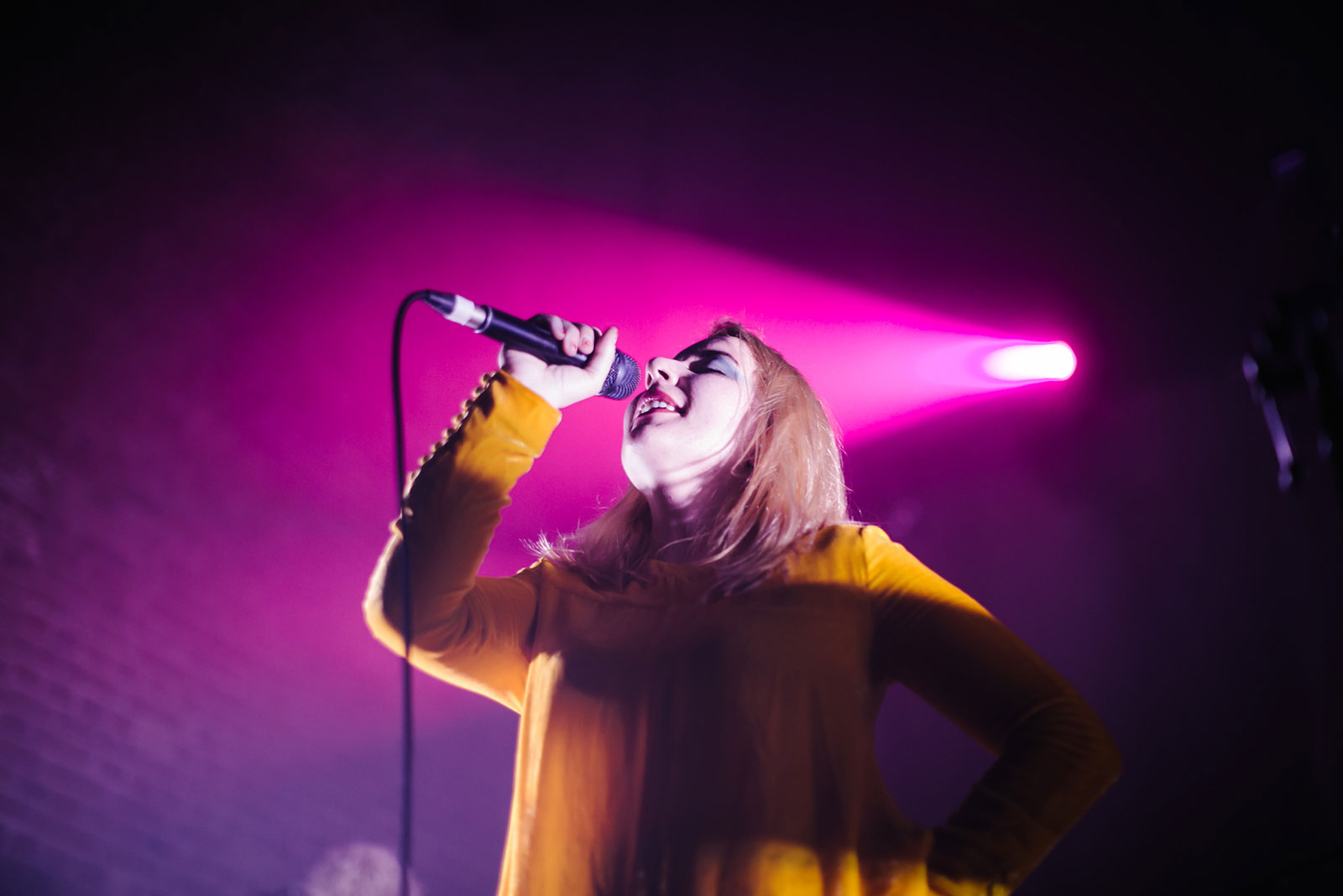 Austra is a beguiling electronic studio project led by Canadian vocalist and producer Katie Stelmanis. She was supported by the enigmatic Pixx for this show

“There’s no doubt Stelmanis is a fantastic singer. Her operatic background shows through in the soaring range she brings to the stage. Her voice has something of the sky and air about it – graceful like the beating of a seagull’s wing. In a floaty marigold smock dress and with bright blue eyelids, she appears on stage like a daffodil, as natural and effortless as the onset of spring.

The purity of her voice contrasts with the band’s grungy take on synth pop. The distorted pulse of an electric drum kit resounds around the brick walls of the Village Underground, a former Victorian coal store, giving an industrial feel to the performance – as though Stelmanis is singing over the thuds and shrieks of a noisy factory.”