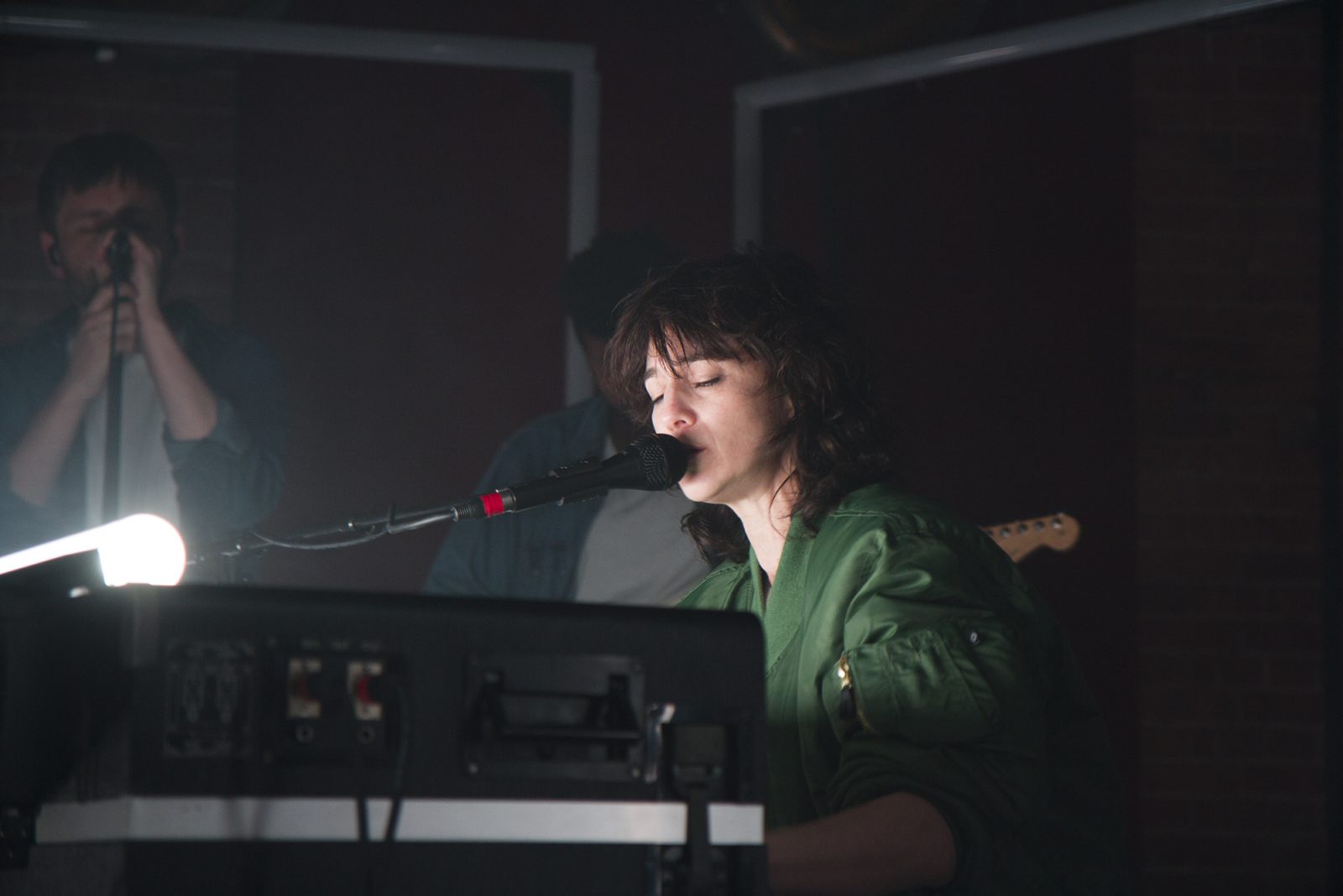 Eat Your Own Ears & Convergence

Transcending celebrity, Charlotte Gainsbourg’s every move has been traced by French and English audiences since her debut single with her father, Serge Gainsbourg, at just 12 years old…

Despite a childhood in the spotlight and subsequent careers as both actor and singer, Charlotte, somewhat miraculously, remains an unknown quantity

On Rest, we get to know a little more. Her fourth album, and her first as lyricist, Charlotte flits between trippy disco, acid house and a brilliant, measured smattering of French electro pop.

For her sold out headline show at Village Underground, the artist ran the gamut of her work, from Ring-a-Ring o’ Roses to Charlotte Forever and an encore of Lemon Incest.

A spectral presence at every glimpse thanks to the white neon bars that frame both Charlotte and her band, the singer’s performance builds from beguilling to euphoric. It’s easy to say Charlotte has never been comfortable in the lime light, but tonight’s performance underlines the idea that maybe it’s a different kind of attention Charlotte has honed: mesmerising, reluctant to overshare and never shying away from the legendary status her father created for her. All together? Entrancing.

With from Sons of Raphael.

See our gallery from the night below, with photography by Carla Castadiva