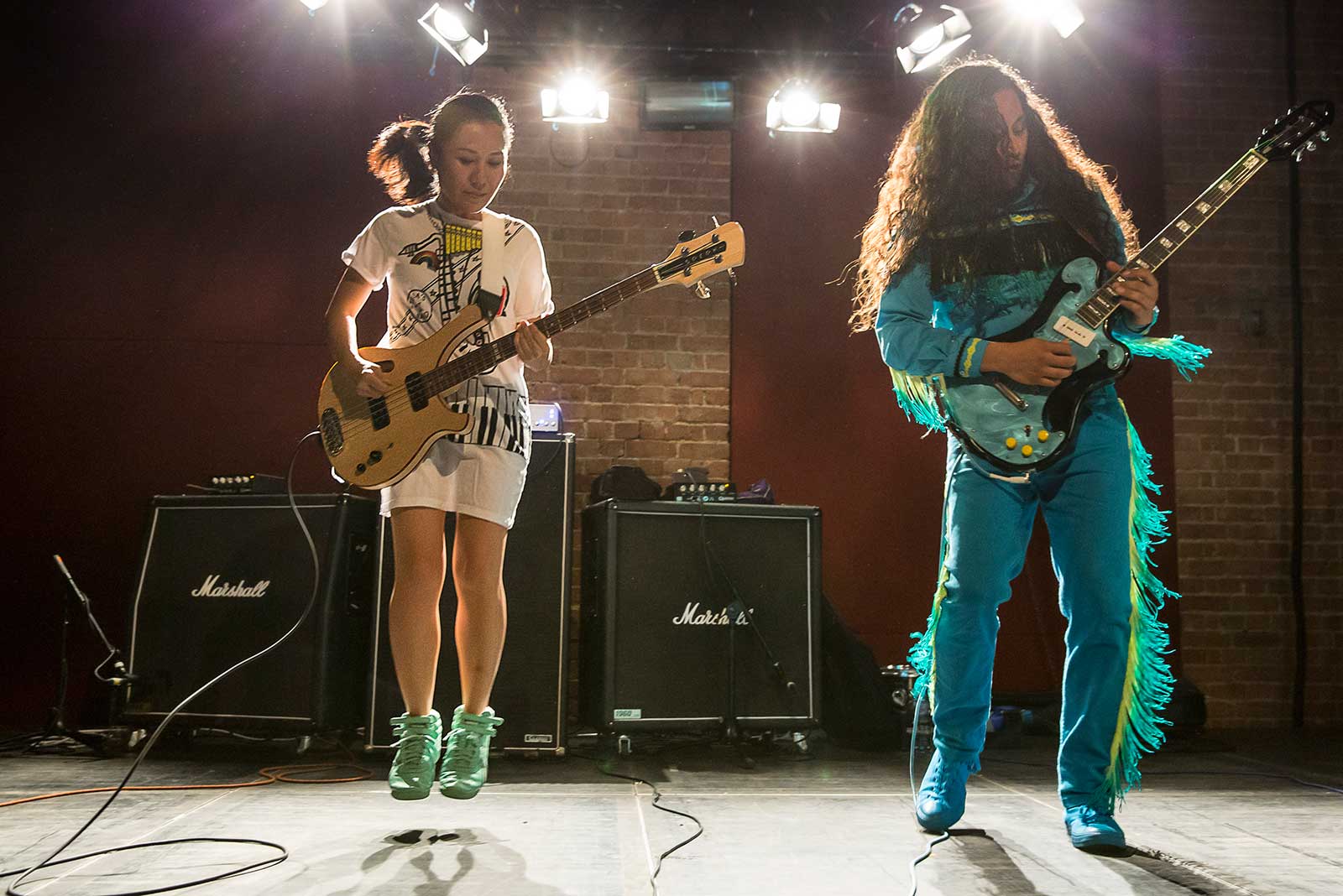 Deerhoof have been a huge inspiration to me for such a long time was unbelievable to meet them tonigh.i hope you get to meet your heroes too pic.twitter.com/Yh2KPJzxPD

For Deerhoof’s newest album Mountain Moves (out 8th Sept on Joyful Noise), the band invited many guests to participate, some of them dear friends, others practically strangers. The only common thread was that each and every artist on Mountain Moves doesn’t fit into a single, neatly-defined category – and doesn’t wish to. These include, amongst others, Stereolab’s Læticia Sadier, Awkwafina, Juana Molina, Xenia Rubinos, Matana Roberts and Wye Oak’s Jenn Wasner who sings on first single I Will Spite Survive.

Tonight just the band were in attendance but had some stellar support from quirky Belgians Le Ton Mite and Robert Sotelo. Deerhoof were revitalised by the new material and played some old favourites too.