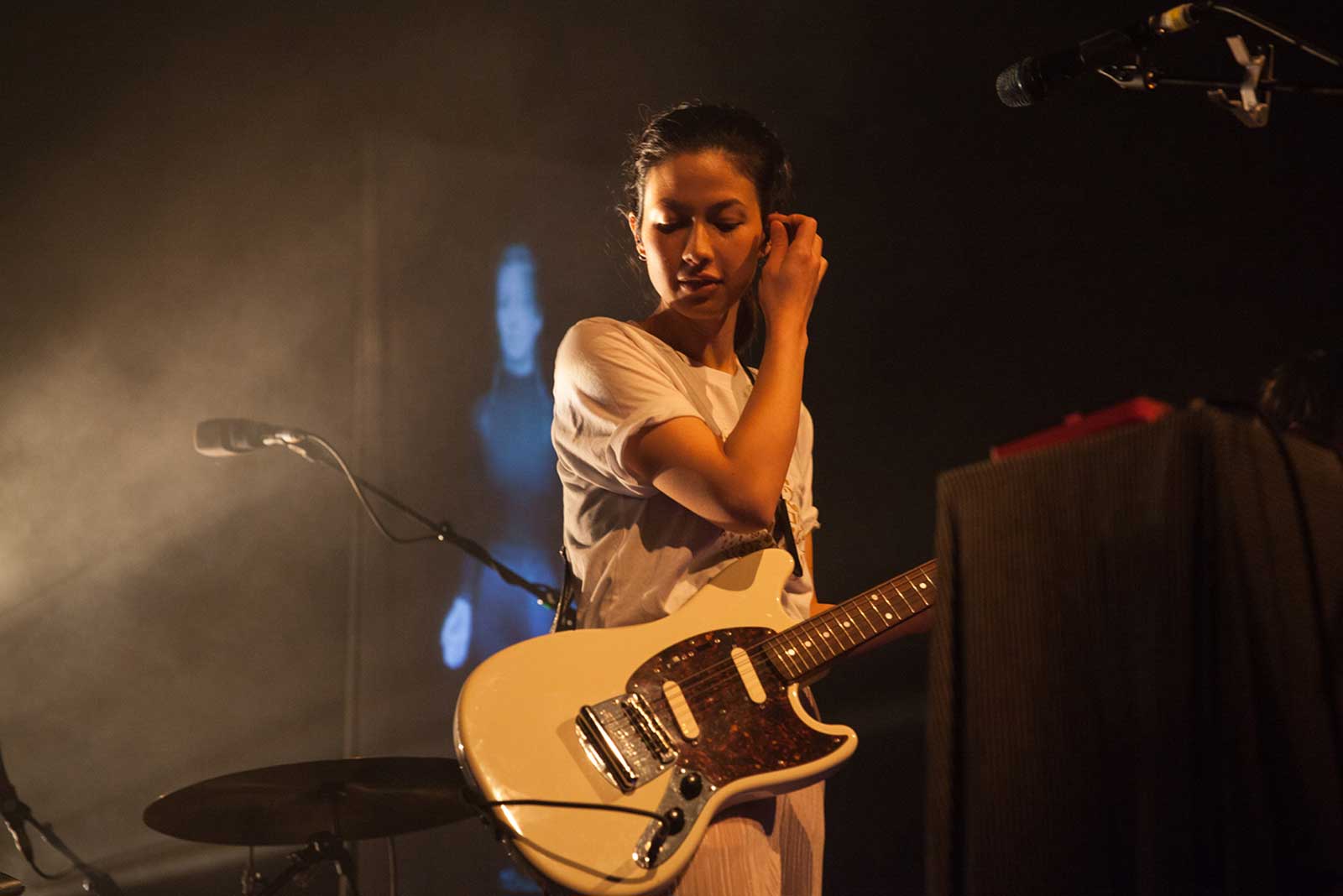 The British public are famed for being fickle. In fact there are only a few acts able to transcend from their first defining choices. Emmy The Great is one of them.

Despite arriving on our airwaves via the ever-tricksy anti-folk movement, there was always a feeling Emma-Lee Moss’ output would last more than a few violin-wielding festival performances.

Thankfully, those instincts were right. From the moment Emmy The Great arrived on stage on Tuesday night for the final show of her tour, she had the audience captivated once again.

After a set peppered with new material and some classics, Emmy had something else to add to the mix. Turning up the lights on the audience, she handed around lyric sheets and asked everyone to sing along to Leonard Cohen’s Anthem by way of memorial. As one fan described over Twitter the next day- it was “kind of like the best Carol Concert ever”.

A beautiful evening at Village Underground singing Leonard Cohen with @emmy_the_great – kind of like the best carol concert ever. pic.twitter.com/YcO55MCt2k