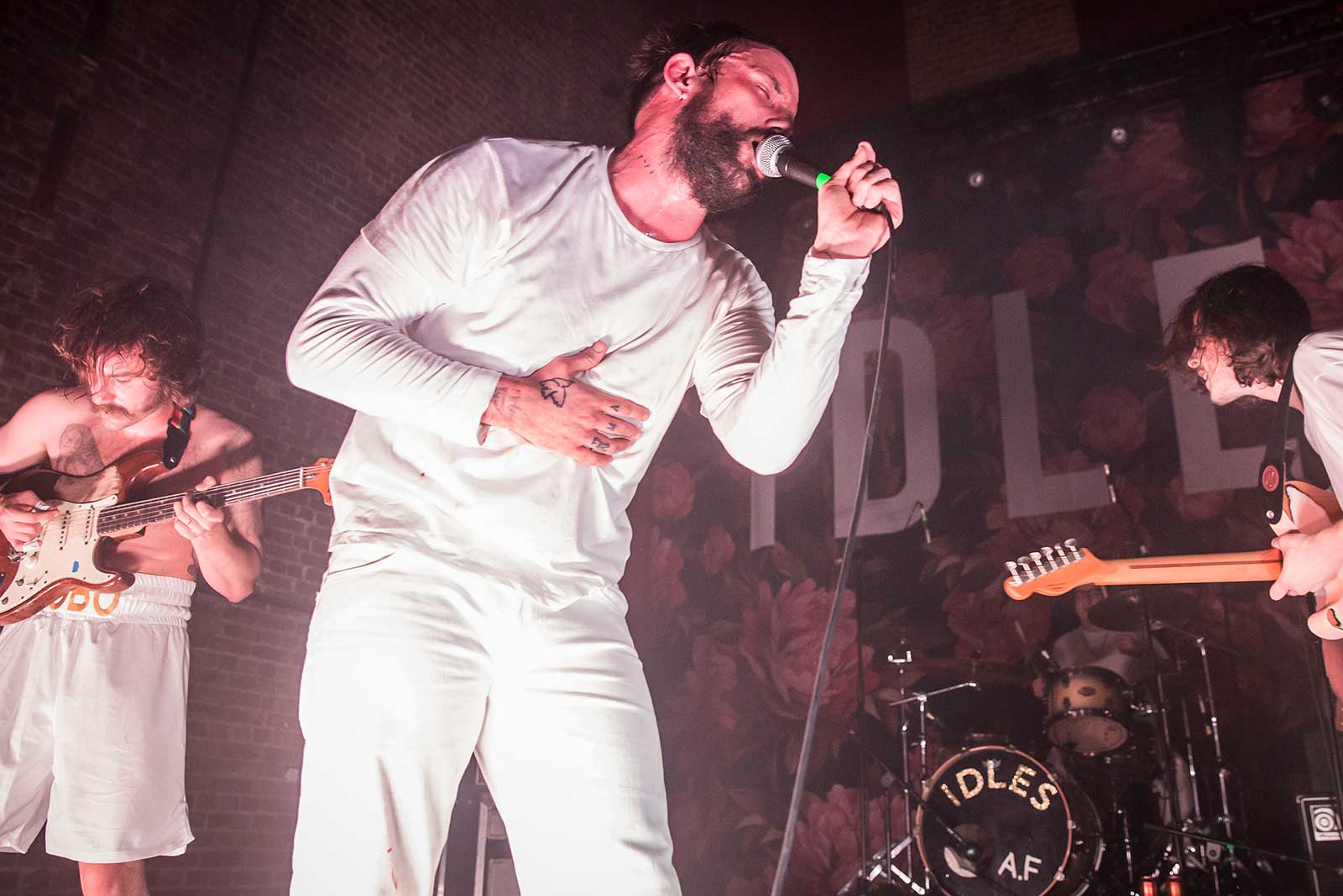 For all its war cry of a chorus and political posturing, the track must, statistically, leave at least a few people in the crowd a little uneasy. And it’s called Mother. Because IDLES are making it personal.

Together since 2009, the band used those formative years to shape Idles, holding off on their debut until they were ready (On the timing of their first record, Talbot told the NME earlier this year that “if it came any earlier, we’d probably have pissed it up the wall.”).

The hold-off makes the packed crowd at Village Underground even more striking. Once he’s a handful of songs deep into the set list, Talbot comes up for air, telling the sold-out VU audience that a year ago they were only playing to 10 people, adding: “We’re not the ones getting bigger; You are”.

The band absolutely nail the train of conscious, stewing cynicism so many British bands seem to get so right (Billy Childish, The Fall, The Clash). Date Night and Mother come off searing from the crowd: they know every word and are taking the sentiments to heart. As the rollicking 40 minute set comes to a close, Steve Lamacq can be seen emerging from the crowd, talking to former Maccabees members Orlando Weeks, Felix White and Hugo White. For a moment there’s a fleeting feeling of a baton being passed, and the future is in Idles’ hands.

In the FT 👍😂 @idlesband https://t.co/nssUWTAhG4