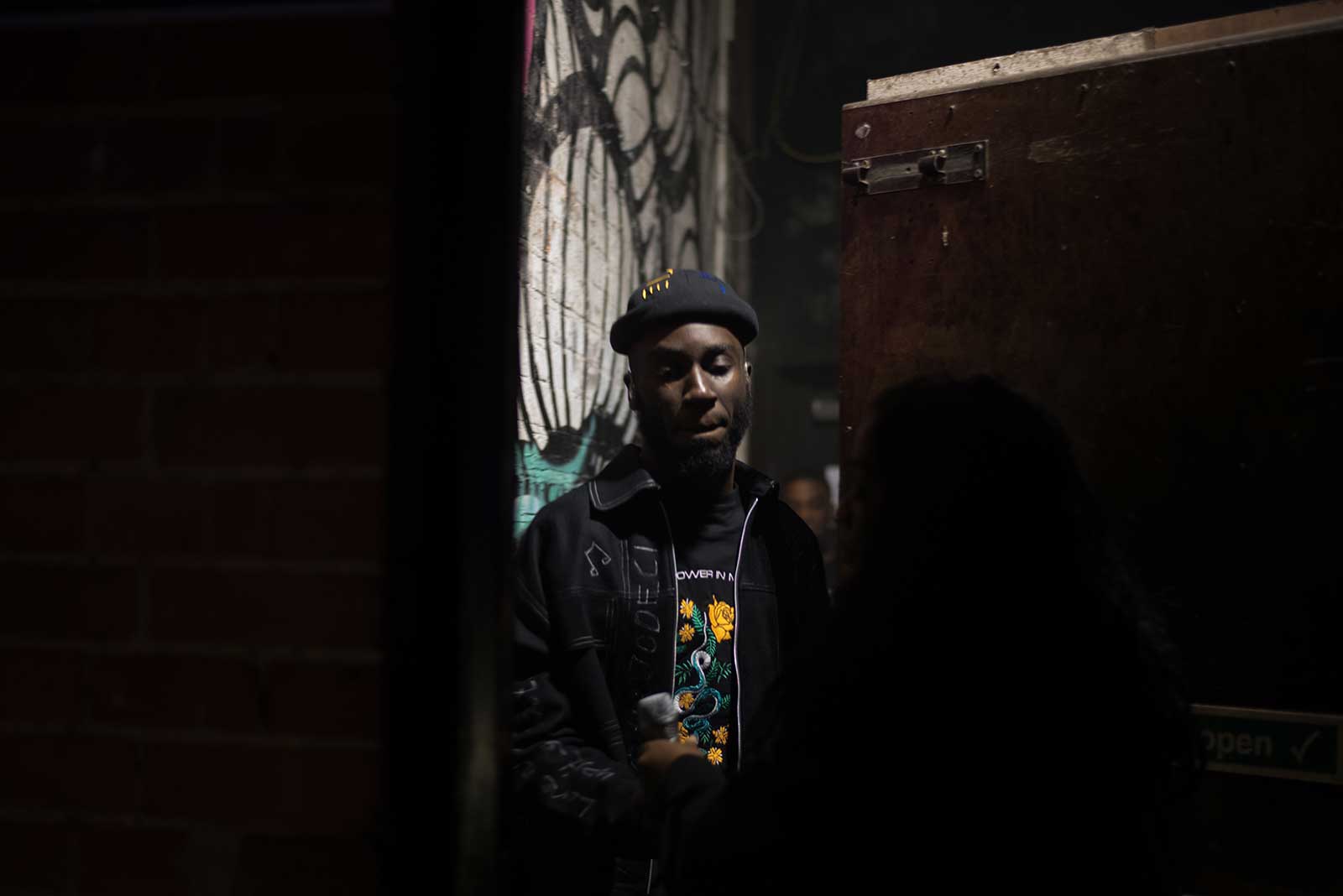 It’s hard to believe Kojey Radical played his first headline show less than two years ago, as the Hoxton-raised poet, musician and rapper took to the stage last October

With an audience enraptured by his intensely personal show, Kojey marks the new generation of artists doing what London acts do so well: embracing their own truths as much as on-stage bravado.

The Guardian have had their eye on Kojey for a while, listing him as their one to watch back in August – here’s an extract from their ★★★★ review:

“Kojey (real name Kwadwo Adu Genfi Amponsah) makes earnest, conscious rap with a vitality that recalls everyone from Saul Williams, Ghostpoet, Kendrick, Loyle Carner and his dubbier, more industrial contemporary Gaika to, well, Zack de la Rocha. His musical catalogue is as likely to see people headbanging (he’s playing with an excellent, roaring live band tonight) or swaying their lighters and phones in the air as he sings with distinctly rich, gruff intonations.

“This is Kojey’s last London show for the foreseeable future, and there’s a raw energy that exudes from the performer like happy electricity…It’s evident that this performance is something of a moment for Kojey. And it should be, because all the signs point to a performer on the cusp of breaking through to something bigger.

“Engaging a crowd in such a charismatic manner while talking heavy topics like race and politics is no mean feat. It’s a testament to Kojey’s thrilling stage presence that he can draw his audience in.”