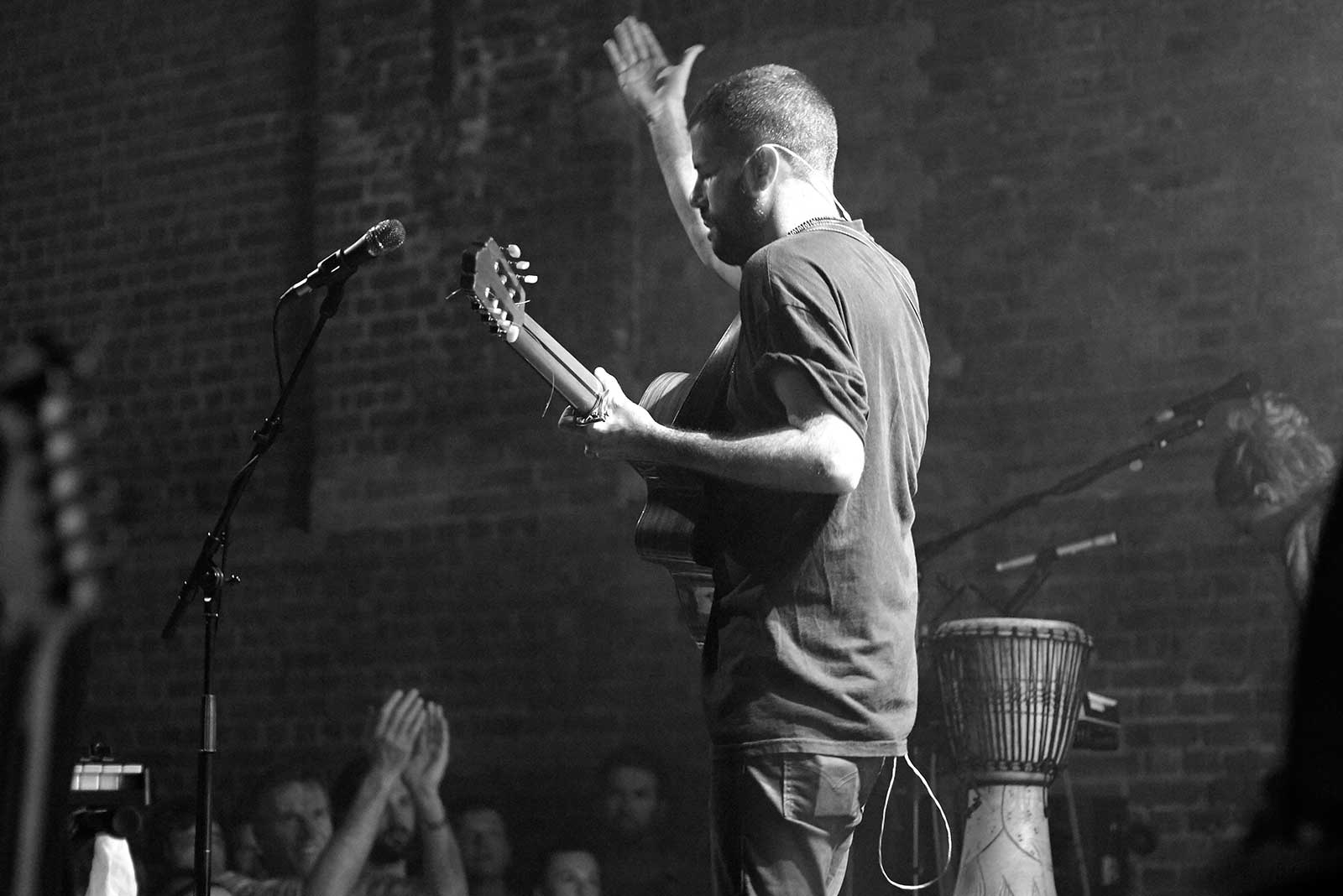 “I was just told that the album announcement is going live tomorrow at 10 am but fuck it. It’s called Wake Up Now and will be out in September” says Nick Mulvey to the cooking crowd.

We were treated to an indulgent pre-Glastonbury set which instead of falling back on the established tracks off First Mind comprised mostly of new material. The show was still a treat, largely because Mulvey has matured. He has a better established touring band which collectively contributed to the new studio recordings, moving him further from the travelling troubadour image. This group of multi-instrumentalists give Mulvey’s work more depth, pushing him musically more into a worldly wise and world music sound, particularly on Myela.

“…tonight’s show is a perfect opportunity to introduce the audience to his new material, Nick Mulvey opens with fresh tracks Remembering and Unconditional. Both fascinate just as delicately as all of his previous musical endeavours. The strumming guitar patterns we fell for in the first place strike again, wrapped around rhythmic aesthetics he balances with certain precision so lightly” Gig Goer

An encore double whammy of First Mind classics Cucurucu and Fever To The Form provoke large audience sing-alongs. Proof perhaps that the crowd will soon embrace the new material. 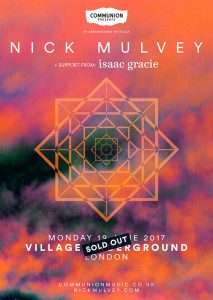 “Its nothing to know, the knowing that you ARE.. the venus light is shining in your star”… you can watch the full…
View post

Just found out that all of my warm up shows have sold out 😱 – can’t wait to see you all!!!!
Timeline Photos…
View post

Unconditional has a video! A tale of love and despair.. directed by the incredible Bastian Glaessner. When he presented…
View post

“How did we do this? We’re here..” UNCONDITIONAL is out now!!!
Tonight i’ll be live on Facebook at 5pm. Come for a…
View post

Liiiittle bit nervous but damn excited to share UNCONDITIONAL with you. Listen to it for the first time on BBC Radio 1…
View post

So excited to play some special warm up shows across the UK. Tickets will be available tomorrow if you’re signed up…
View post

To those of you who’ve kept listening to First Mind all this time- thank you!!!!! It gives me huge pleasure to bring…
View post

A little glimpse into the process… from last October at Real World studios, Wiltshire. It became important to me to…
View post