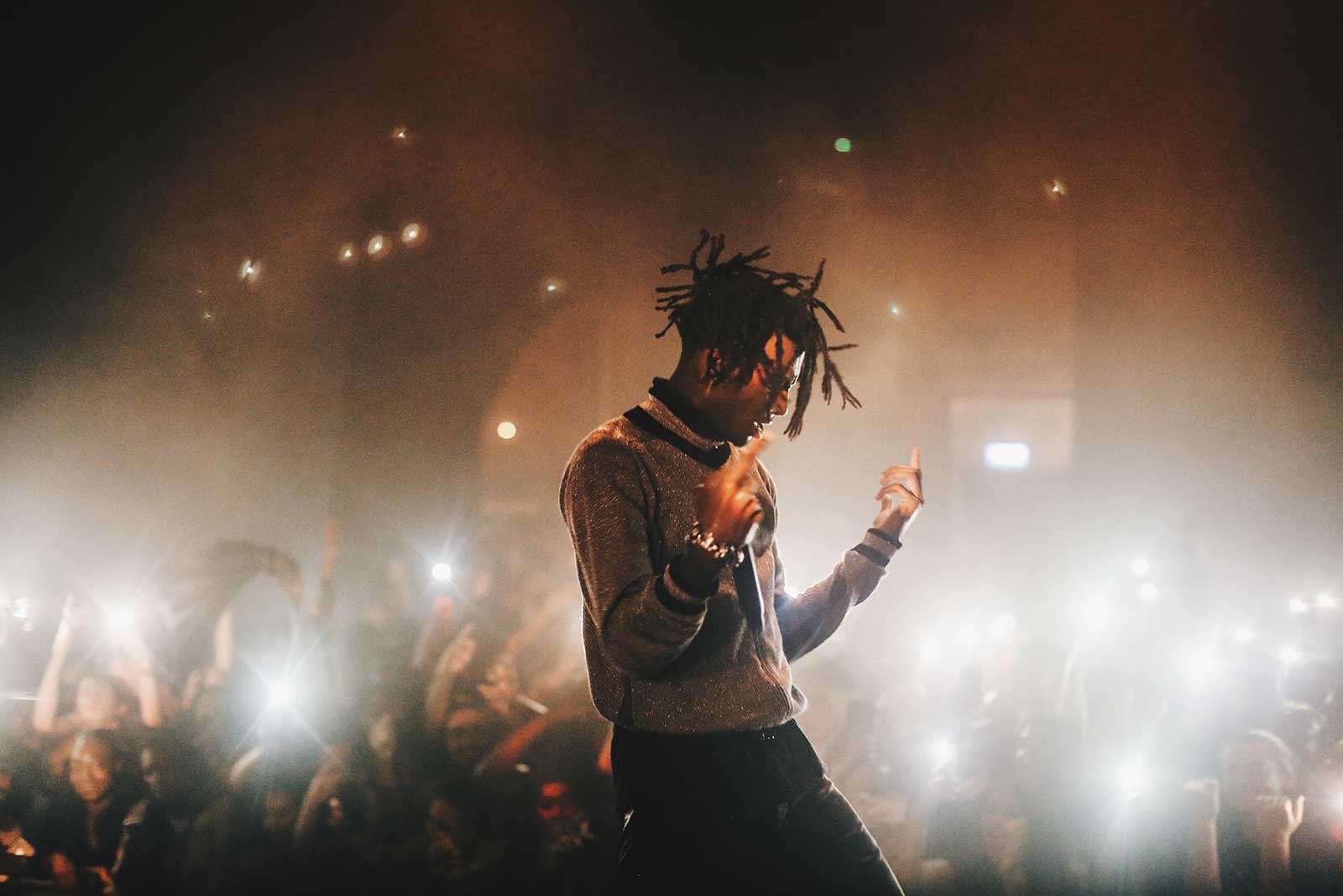 After his sold out Tuesday 4th July date Playboi Carti arrived at VU a day early, those that were lucky enough to get tickets were not disappointed

“I’ve never seen a queue as large as that outside the venue since I started shooting at the Village Underground. This definitely caused people to become impatient. Again not a bad thing, the early birds that made it in before the main acts had some real energy that was inspiring to both me and performing artists.

One of my favourite things about the Village Underground is that you don’t know who to expect… and that all starts with the supporting acts. Swoosh is a killer MC and with the backing of AJ Tracey provided us with a strong opening act.

When the venue was at max capacity that was when Playboi Carti hit the stage. The packed out crowd of dedicated fans reacted hard with shouting along to songs with glinting phone lights twinkling.

For me ‘Magnolia’ just popped off , seeing as its his newest single the crowd responded really well and recited all the lyrics.

His stage presence was electrifying he had so much energy which was directly mirrored by the crowd. It was obvious the everyone there was true Carti fans and for all those watching at home through their mates snap chats would have begged to be there. Fact.

This was the most impacting event I’ve witnessed at the Village Underground. The diversity of artists combined with the best crowd mentality formed an epic night. Bring on the next one.” Harry Telfer – check out his pictures below

@playboicarti was so good last night. The whole crowd was gassed! Then brought out @ASVPNVST who dropped Nasy's World then @Skepta came on💃🏾 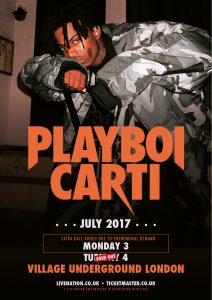