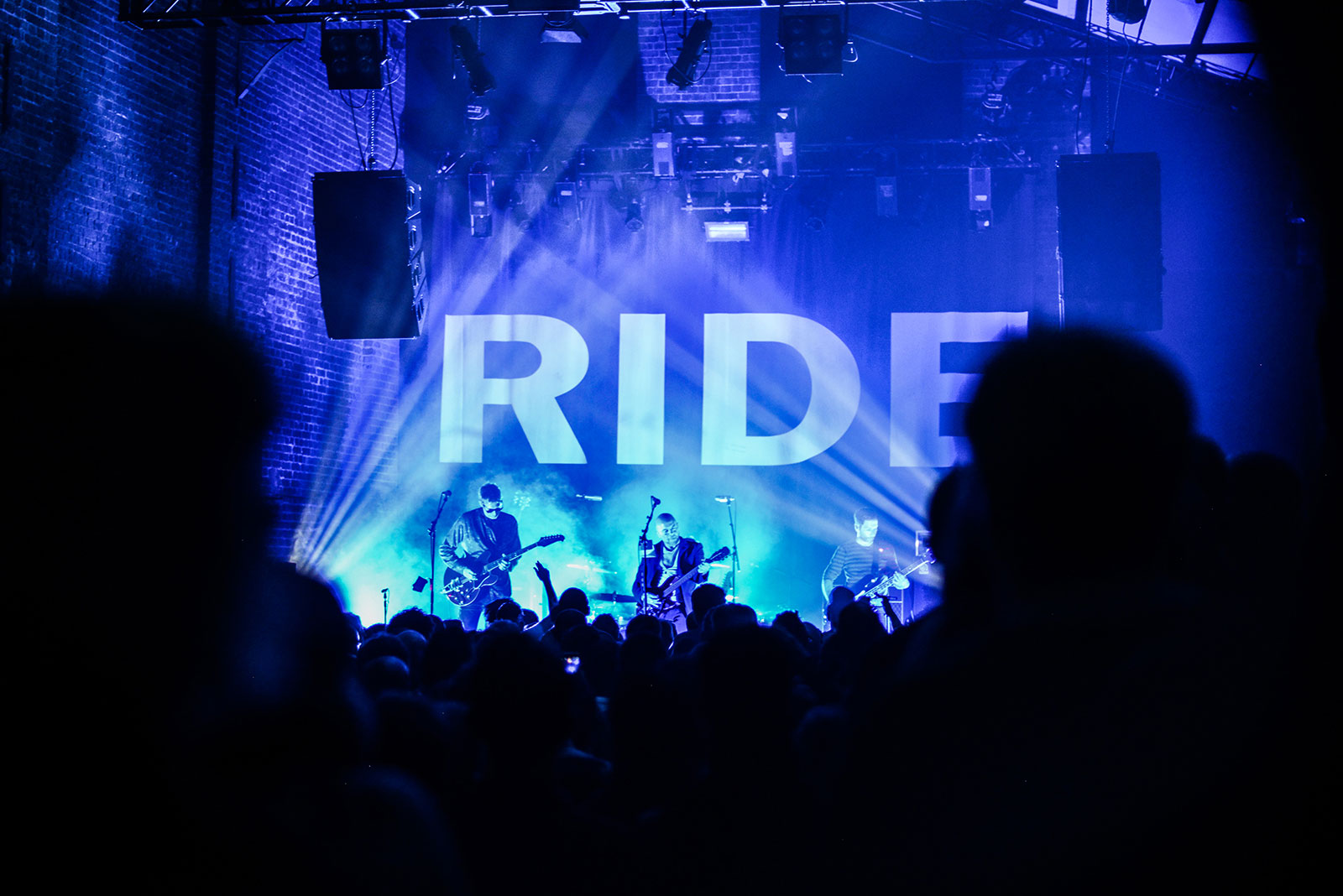 Mid-summer hangs heavy in the air as VU prepares for a sold out show that’s set to be what promoters would call ‘intimate’; for Ride, who headlined Primavera Sound in 2015 and are on the cusp of another album release, that means a capacity of 700 fans all eager to catch every quiver of reverb on their chest.

Let’s recap: Ride were the band on Creation records at the start of the ‘90s, Ride were integral to what was coined ‘shoegaze’ the first time around, and Ride haven’t made a full-length record in over 21 years.

Ride still have it. Similar to the hype behind My Bloody Valentine’s spate of shows in recent years, the band’s set locks in, and within a few minutes every member of the crowd has forgotten it’s not 1988. The feedback loops around,  creating a

The feedback loops around, creating a mesmerising wall of sound at the centre of shoegaze’s heavier appeal. Some 90 minutes later, the room emerges from the depths, the trance is lifted, and we split off once again.

Support came from London’s own, Novella.

Did you enjoy the gig? Let us know and we’ll publish the best comments here.

Here's the crowd shot from tonight – Monday night service ! @villunderlondon thanks to all for coming 😎 LP out Fri!👌 pic.twitter.com/IB4xhg4vzJ

Check out these brilliant pictures of @rideox4 at @villunderlondon! Bring on @O2ForumKTown in Nov