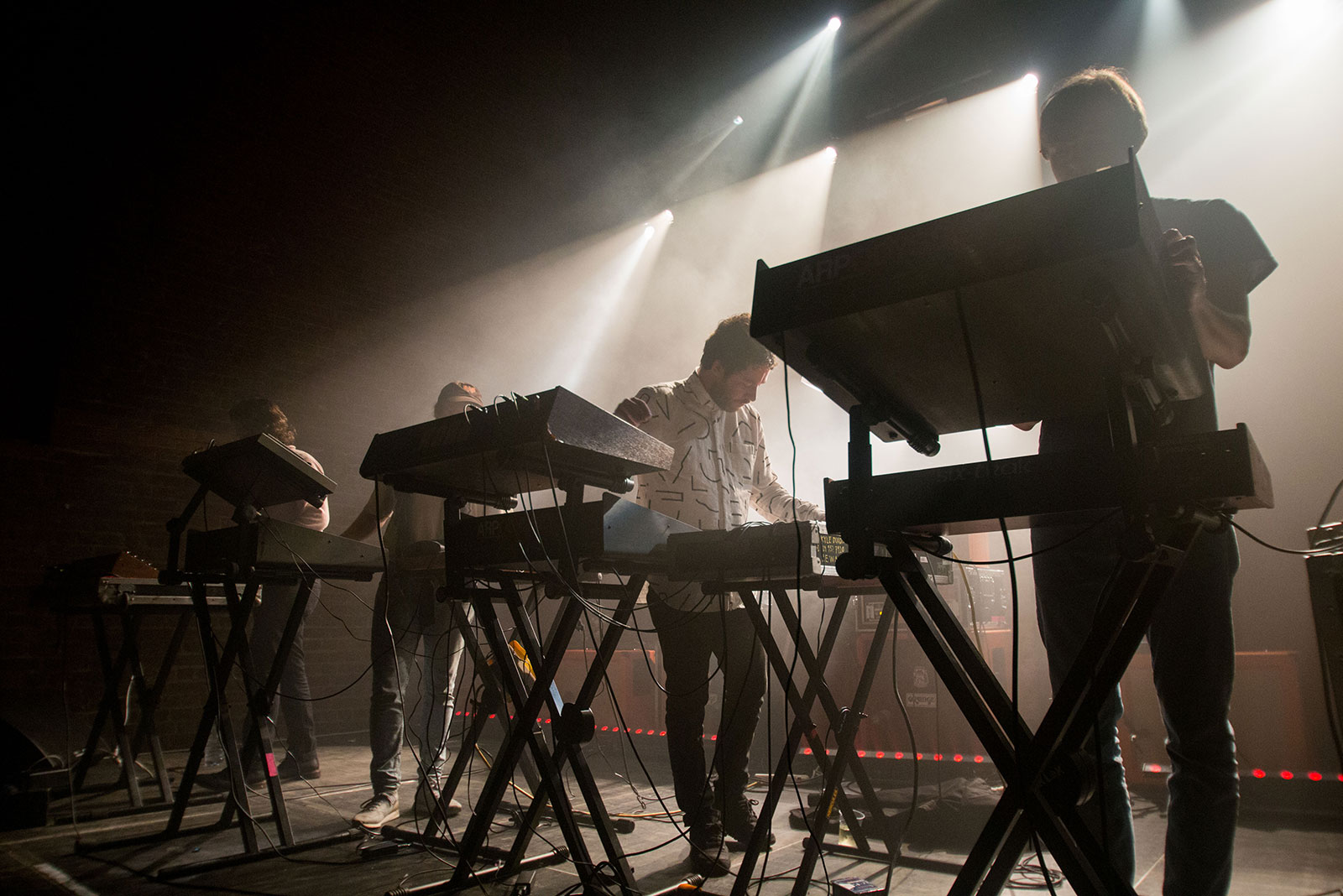 Backlit in blue and shrouded in a dense haze, Survive had certainly been taking their cues from some latter-day Kraftwerk stylings for their show here in February.

Swinging by Shoreditch on their first tour of Europe, the Austen, Texas band mixed cuts from debut album Mnq026 with tracks from their second release, RR7349, keeping the entire crowd entranced until the house lights were switched on.

Although they chose not to play that intro for Stranger Things, Survive certainly managed to prove their Twilight Zone credentials with a set packed to the rafters of deep synth exploration.