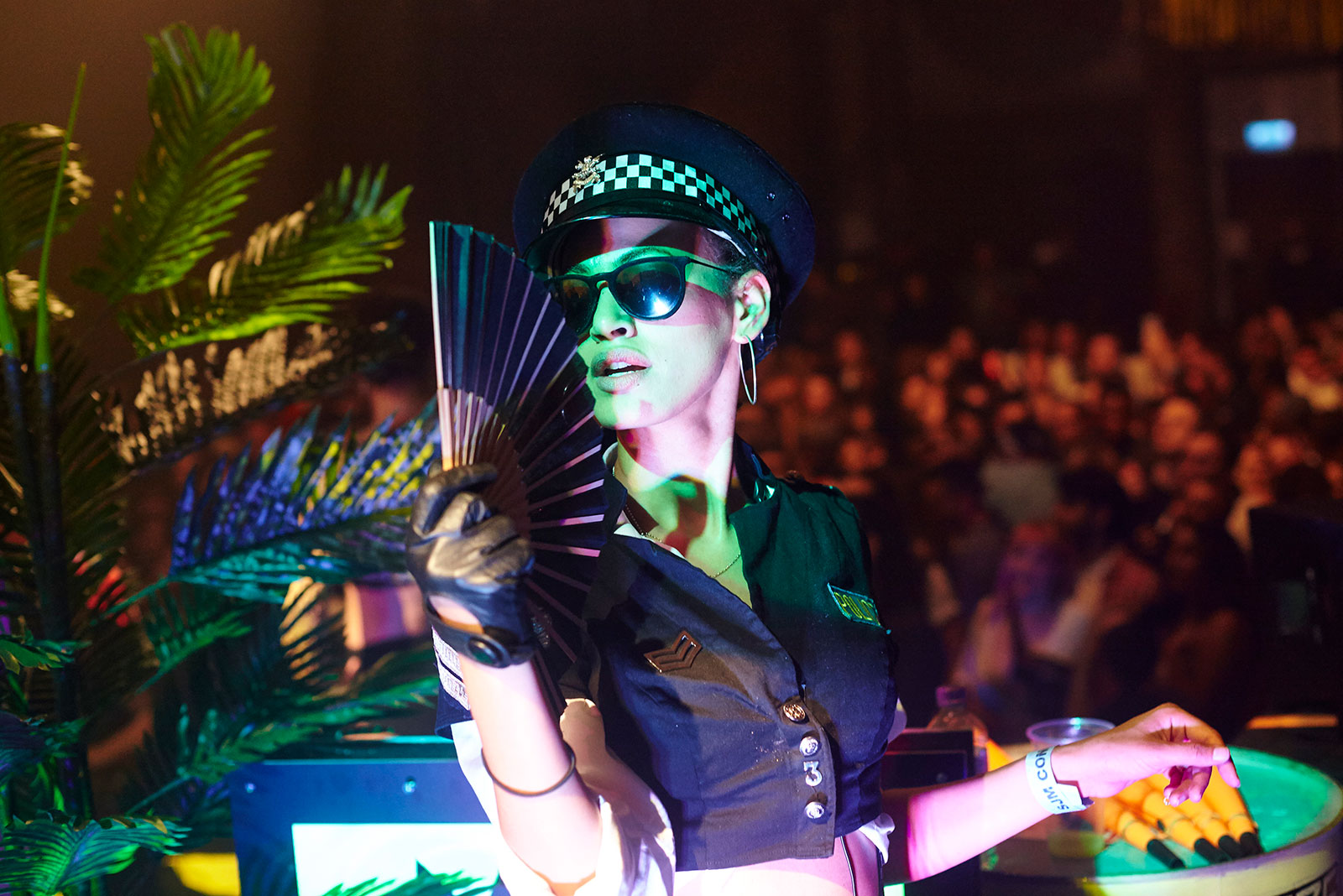 Carnival spirit arrived early this year on the streets of Shoreditch as Toddla T returned to Village Underground for the long Easter weekend.

Kenny Allstar and Jeremiah Asiamah got the party underway, followed by The Heatwave, plying the crowd with the very best of dancehall, reggae, bashment and afrobeat sounds.

Toddla T then took to the stage to bring us an array of sounds the UK scene, from UKG to hip-hop to drum and bass, accompanied by the Soca Police and his Cake Shop dancers.

Opening with Kano’s Three Wheels Up, Toddla T followed with JME and Skepta tracks, and a cameo from another of North London’s finest- Capo Lee.

And after all, what’s a summer party without surprise guests? Toddla T had plenty: Ms Banks, Big Zeeks, E.Mak and Bay C. all brought their own take to the party as Toddla T continued to draw on some iconic dancehall, bashment, grime and UKG tracks, before letting Rampage end the night on a high. If this is how Toddla T warms up for summer, we’re in for a scorcher.

We can’t wait for the mighty TODDLA T to hit Village Underground this April 14th!