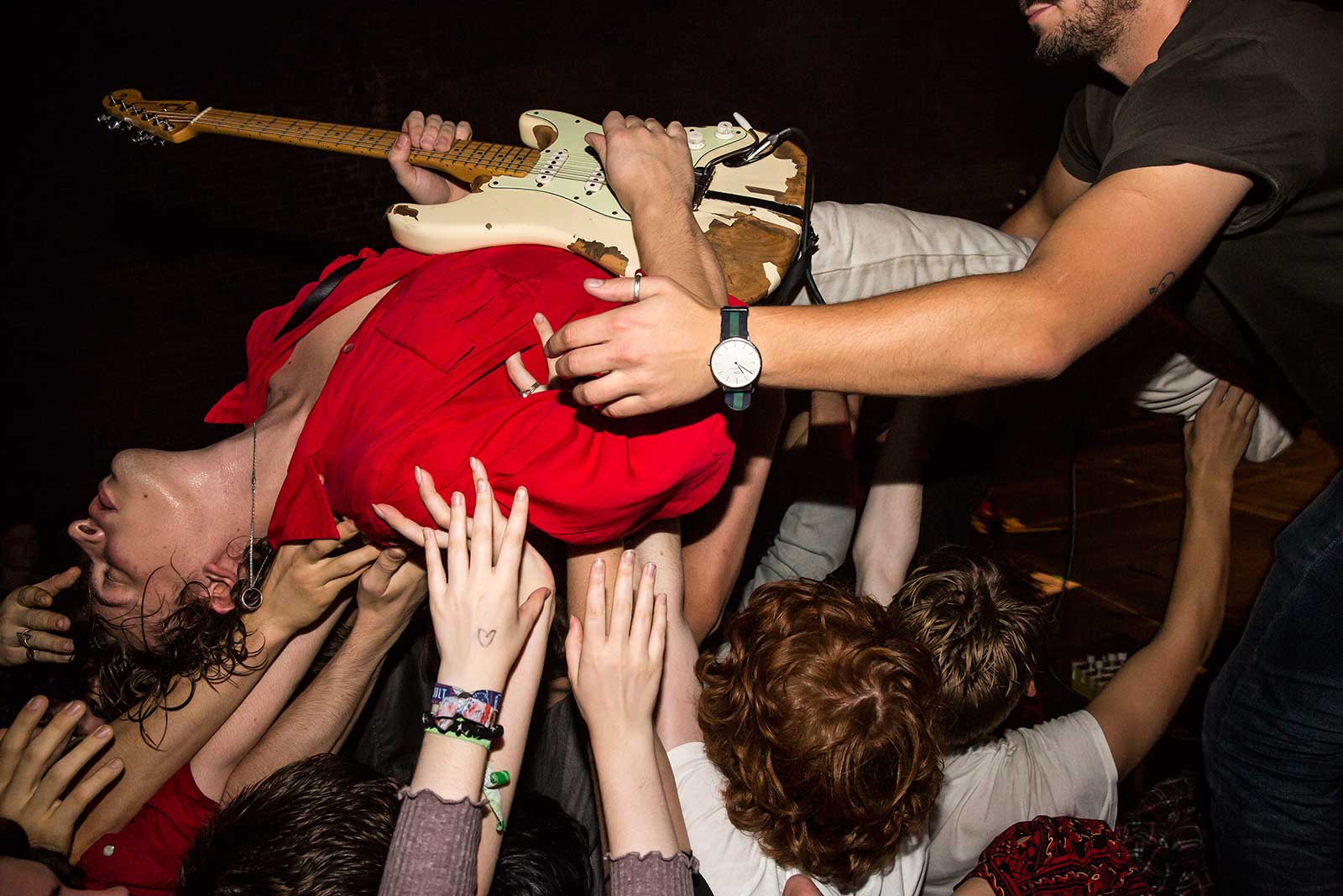 The trio performed a thrilling live show at VU

“It takes until just a few seconds after Burslem has begun singing for the barriers to fall forwards, thrusted by an audience ready to be eaten alive by the sheer sonic combination of raw guitar, precision bass and pulsating drums.

The band’s set ends (as it often does) in a violent manor, with Burslem whirling his guitar around his head before violently thrashing it into his amp, ripping the cover straight off. Yak’s unpredictability (with Burslem stealing a photographer’s camera at one point and taking pictures) and the cathartic release their on stage destruction provides, makes them unrivalled in their craft. I’ve said it before but still, nobody does it better.” Hackney Citizen 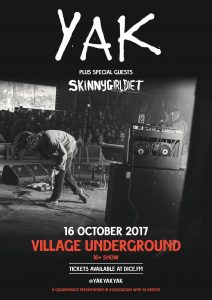